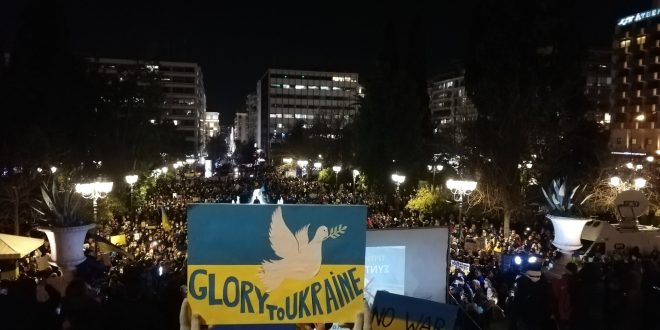 Big anti-war protest in solidarity with Ukraine held in Athens

With a clear message in support of Ukraine thousands of people gathered at syntagma Squate in downtown Athens on Tuesday evening. Holding banners reading “Not To War” and chanting “Stop Putin – Stop The War – We Want Peace!” members of the Ukrainian community but also Greeks, Georgians, but also Russians – so state broadcaster ERT-demonstrated against the Russian military operations. 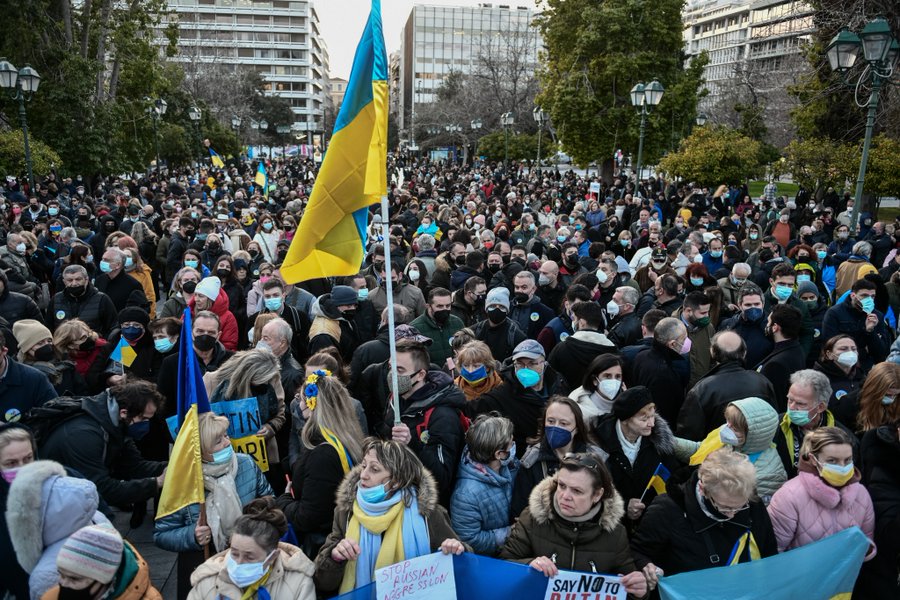 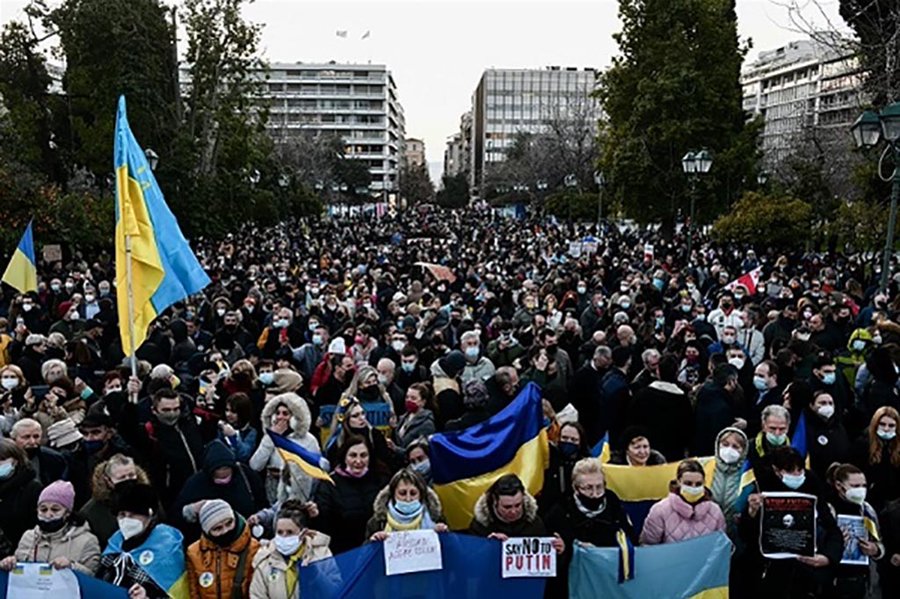 Prior to the protest there was a call by the orhanizers on social media by “an initiative of independent citizens who call on friends of freedom and democracy in our country, of all nationalities, to protest against the barbaric Russian invasion of Ukraine, and in favor of its heroic resistance by the Ukrainian people.”

At the same time, there was another gathering against the War in general. 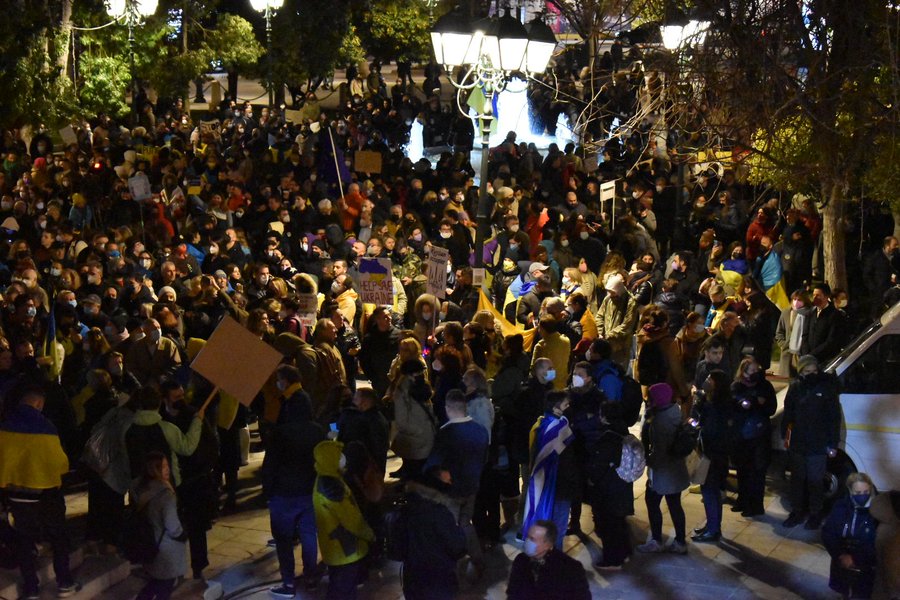 Riot police was reportedly between the two gatherings.