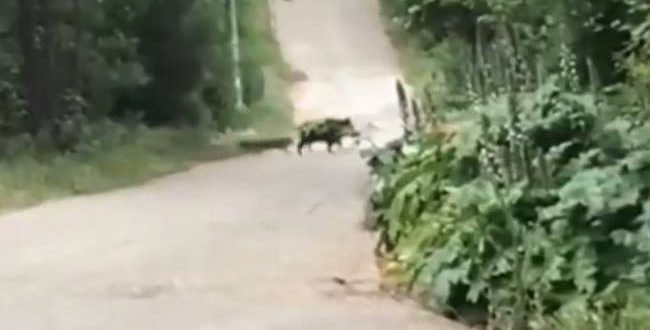 A 12-year-old boy who was shot while accompanying his father on wild boar hunting two weeks ago succumbed to his injuries on Friday morning.

The boy from a village in Kalambaka in Trikala prefecture, central Greece, was hospitalized in Thessalonki.

The head injuries he had suffered were very serious and despite doctors’ effort he passed away.

According to local media trikalaola.gr, while on the wild boar hinting near his home village, the boy was found laying on the ground with a wound on his head.

The boy was transferred to several hospitals and doctors did all they could to keep him alive.
What is interesting is that the perpetrator has not been identified yet.

Authorities reportedly suggest that a hunter in the area mistakenly took the boy for a wild boar and shot at him.

Several months ago, a teenager was shot and died in a similar accident.

Why some people think it’s clever to take untrained minors to such “brutal sports” like hunting is a puzzle to me.