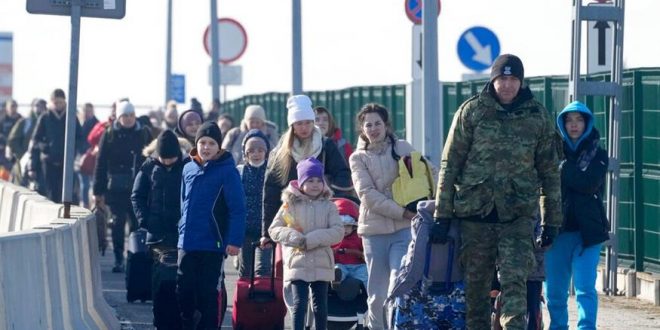 Greece will send buses or airplanes to Poland to resettle Ukrainean refugees in the country following an appeal by the Polish government, Migration and Asylum Minister Notis Mitarakis said on Thursday.

The appeal came as more than 1.3 million Ukrainians have sought refuge in Poland.

The minister stressed that the move is voluntary and not compulsory.

Speaking to Skai TV, Mitarakis said that Greece can accept approximately 30,000 Ukrainian refugees and pointed out that if there are more refugees, Greece could apply for emergency EU funding to cover the cost.

The minister noted that over 7,000 Ukrainian refugees have arrived in Greece since the start of the Russian invasion.

“The overwhelming majority arrives through the Promachonas gate where there is a first reception point,” the minister said adding that there is the structure of Sintiki with 500 empty beds for anyone in need of immediate accommodation.

The majority of refugees stay with fellow Ukrainians who already live in the country, he said.

Friday morning, the Migration minister announced that registration centers for displaced persons from Ukraine will operate at the regional asylum offices in Patras, Thessaloniki, Heraklio and Athens.