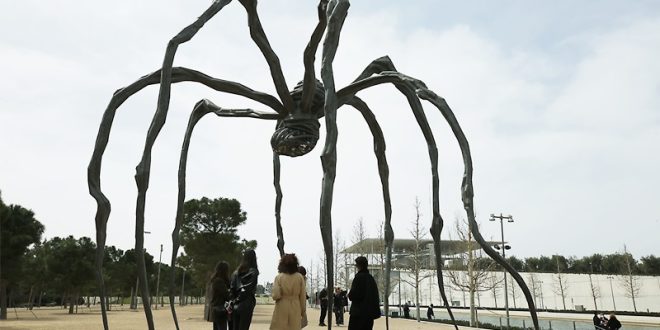 The monumental spider sculpture Maman by French-American artist Louise Bourgeois has been  installed at the Stavros Niarchos Foundation Cultural Center (SNFCC) and is available to the Greek public for viewing.

The iconic giant spider Maman (1999), one of the works that made Bourgeois internationally famous , will be on display at SNFCC’s Esplanade for a period of seven months, with free entry to the public. 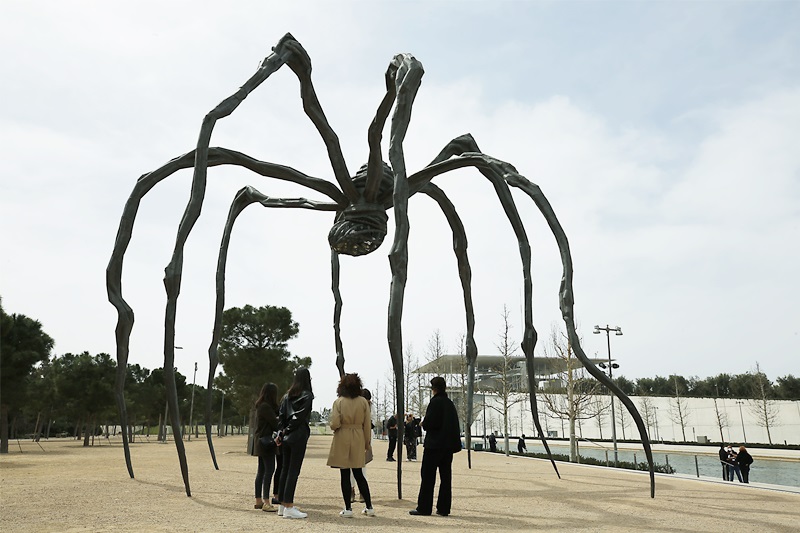 Maman, standing at over 10 meters tall, was created for the Tate Modern’s first Turbine Hall commission in 2000, and was subsequently cast in an edition of bronze, stainless steel, and marble. 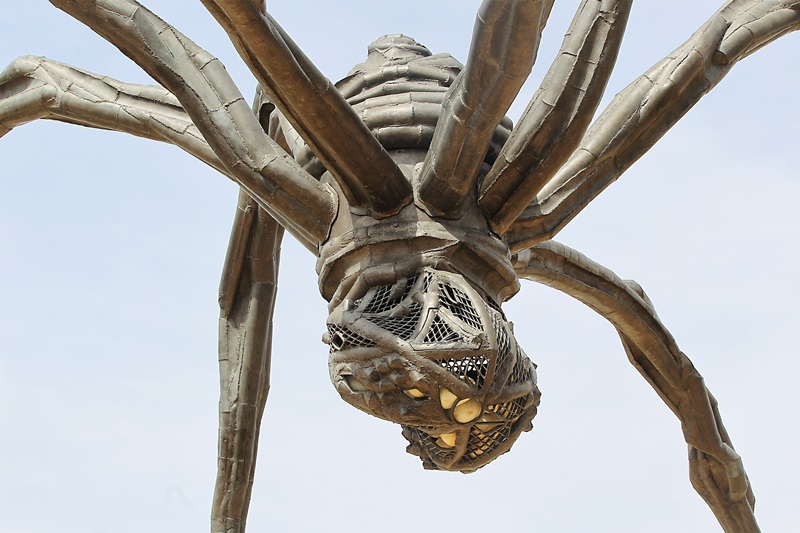 Bourgeois stated that the work was symbolic of her mother, a weaver and tapestry restorer. With 10 eggs in its abdomen, the sculpture embodies ideas of maternal protection. However, the artist’s relationship to motherhood was ambiguous, contradictory, and complex. Dominating its surroundings and teetering on rangy, segmented legs, Maman also evokes fear and suggests entrapment.

Through her art, French-American artist Louise Bourgeois (1911-2010) expressed her innermost thoughts and fears, worked through problems, and gave form to her emotions. In prints, drawings, textiles, installation, and, most famously, sculpture, Bourgeois explored themes of guilt, fear, memory, motherhood, and love. Bourgeois’s art was informed by her life, particularly her childhood years.

She first made drawings of spiders in the late 1940s, and nearly 50 years later created the giant three-dimensional spiders for which she has become well-known.

Despite working as a contemporary artist across seven decades, it was not until Bourgeois was 71 years of age, when she was the first female sculptor to have a retrospective at MoMA (1982), that her work attracted mainstream attention and recognition.

Today, her work is in the collections several museums and cultural centers, including the Museum of Modern Art in New York, the Tate Gallery in London, and the Centre Georges Pompidou in Paris.

To promote access to the arts, the installation at the SNFCC will be accompanied by a wealth of parallel programming made possible by the Stavros Niarchos Foundation’s (SNF) grant, which will include readings, educational and school programs, workshops for children and adults, and guided tours.