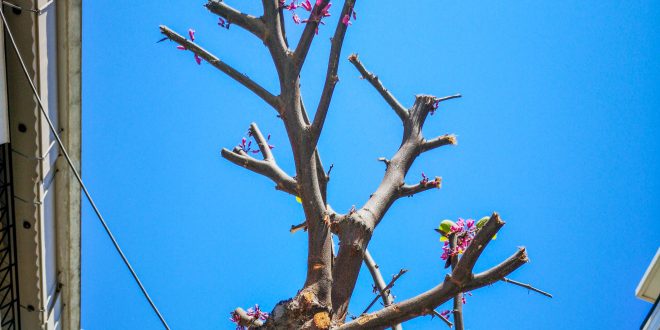 The drastic pruning of trees in downtown Athens in the month of April has triggered an outrage in the community and organizations dealing with environmental and animal and bird welfare issues. The unprecedented pruning took place in the middle of the spring and the time when birds are nesting and many nests are – or better say: were – full of hatching eggs.

The Panhellenic Animal Welfare Federation and 30 environmental and animal welfare societies co-sign a joint letter of protest calling local authorities and the government to stop the destruction of urban trees and the life they host. 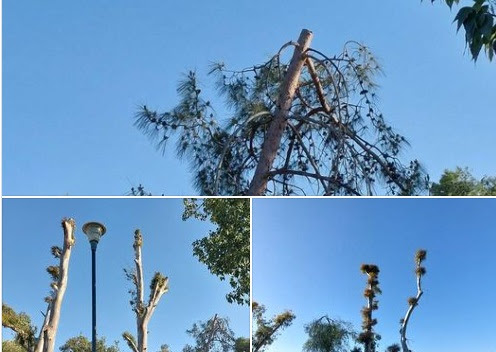 Greeks in outrage over the cruel and obviously unprofessional pruning of trees in April in downtown Athens and other cities have posted pictures of shame on social media. They cite the EU directive of 2009 according to which actions that destroy nests is forbidden and illegal.

Some even suspect the “usual Greek way” that the pruning contracts were given to contractors who have nothing to do with such issues. 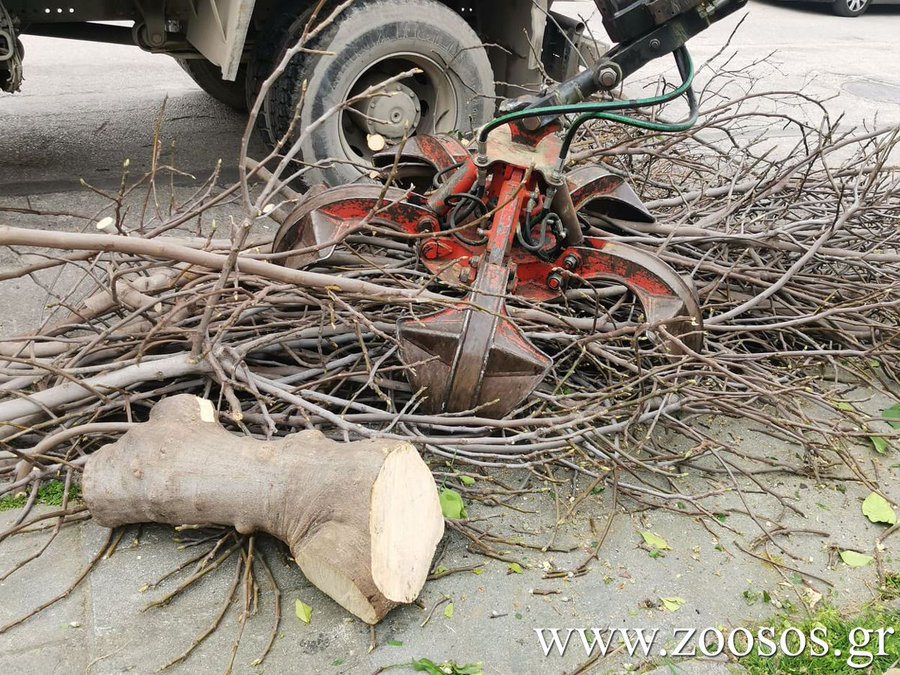 “In recent days, residents of Athens and many other municipalities in Greece have been unpleasantly surprised to see literally cut down trees in the squares and streets,” they organizations note in their protest letter.

“The green spaces with the big trees and the biodiversity that they host, are very important components of nature in the cities. The trees offer a number of irreplaceable ecosystem services: micro-climate regulation, absorption of gaseous pollutants, aesthetic pleasure and recreation, protection from floods, summer shading, etc. In addition, during the spring months they are nesting places for many species of birds living in our cities,” the protest letter noes among others.

The municipalities responsible for managing green spaces and caring for trees seem to be unaware of all of the above.

The trees are pruned in such a drastic way that almost only the trunk remains. Their entire crown is removed and what remains is an image of mutilated and decapitated trees, which have completely lost their natural shape. Worse still, all of this happens in the spring, when the birds already have nests, causing a large number of eggs and / or chicks to fall to the ground, usually with a fatal outcome.

Protesterσ recall that “the European Directive 2009/147 on the conservation of wild birds stipulates in Article 5 that any destruction or damage to the nests and eggs of birds is prohibited. Therefore, the harmful practice of this pruning during the breeding season of birds is not only unacceptable but also illegal.”

Also, the European Union’s new “Biodiversity Strategy for 2030”, for the first time, clearly recognizes the importance of the urban environment in the conservation of biodiversity, talking about the need for ecological orientation of urban areas and aiming to return the nature in cities.

“For the above reasons, we consider it imperative to immediately change the approach to the issue of urban greenery by the Municipalities and the state. Specifically we ask:

All those who undertake tree pruning work from the municipalities must be certified – they must have been taught arboriculture techniques.

To prepare a pruning guide which must, through legislation, be implemented by all competent public services that carry out pruning. This guide should generally outline: a) what species of trees should be pruned in the urban environment and when, according to the principles of arboriculture, b) the appropriate pruning methods so that the trees maintain their health and at the same time continue to provide the ecosystem services they offer (micro-climate regulation, shading, reduction of air pollution, preservation of their aesthetic and ecological functions).

Legislation should prohibit any pruning of trees during the nesting period of birds and the development of their chicks, ie during the months of March to June.

PS We all know that the Mayor of Athens, Costa Bakoyiannis, loves metal trees better than the real ones, anyway…