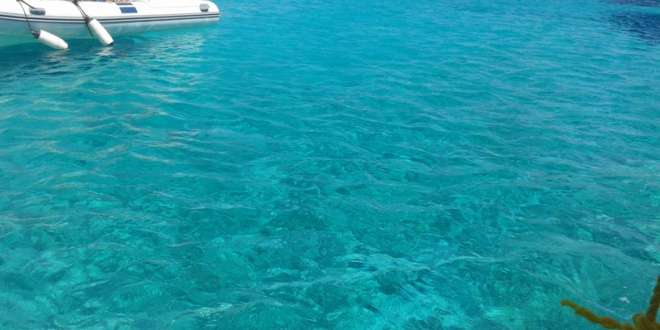 Greece occupies one of the Top Ten EU countries, specifically the third one, for the quality of its bathing water, the annual report by the European Environment Agency (EEA) says..

As the report reveals, Europe’s bathing water quality has improved significantly in recent decades, with almost 85% of sites now classified as ‘excellent’.

The annual report covered almost 22,000 inland and coastal swimming points in the EU Member States, Albania and Switzerland in 2021.

The United Kingdom, having left the EU, was absent from the report for the first time.

Austria, known for its many eautiful lakes, including the alpine waters of the Achensee in Tirol and the emerald Weissensee in Carinthia, tops the list with 97.7% of its waters being excellent.

Just behind the top of the list of the best 10 countries, are four favorite Mediterranean vacation spots: Malta, Greece, Croatia and Cyprus.

Denmark and Germany are the other countries where more than nine out of 10 countries received the top score.

The hotspot for tourism France follows lower in the ranking, with 75.7%, while Poland occupied the lowest position with only 44.5%, having some distance behind Slovakia with 50% and Hungary with 60.2 %.

The evaluation was prepared by the EEA in collaboration with the European Commission.

Local and national authorities took water samples during the bathing season and analyzed them for the types of bacteria that indicate pollution from sewage and livestock.

The water was then judged as “excellent”, “good”, “sufficient” or “poor”, according to European Union standards.

Swimming in water that is classified as “poor” can lead to illness; if water is swallowed, swimmers may experience stomach pain or diarrhea.

France had a total of 99 bathing points rated as “poor”, meaning they had to close the entire next bathing season, with measures taken to reduce pollution and eliminate health risks.

Sites that have been labeled “poor” for five consecutive years must be closed permanently, this happened at 31 swimming pools in Italy, eight in France and two in the Netherlands.

This rule is part of the Bathing Water Directive, which was adopted in 2006 and has resulted in a growing percentage of exceptional sites since then. EU water quality is generally high with minimum water quality standards being met in 95.2% of all sites assessed.

The cleanest water for swimming in Europe are:

Here on KTG is Greece ranking in the few previous years