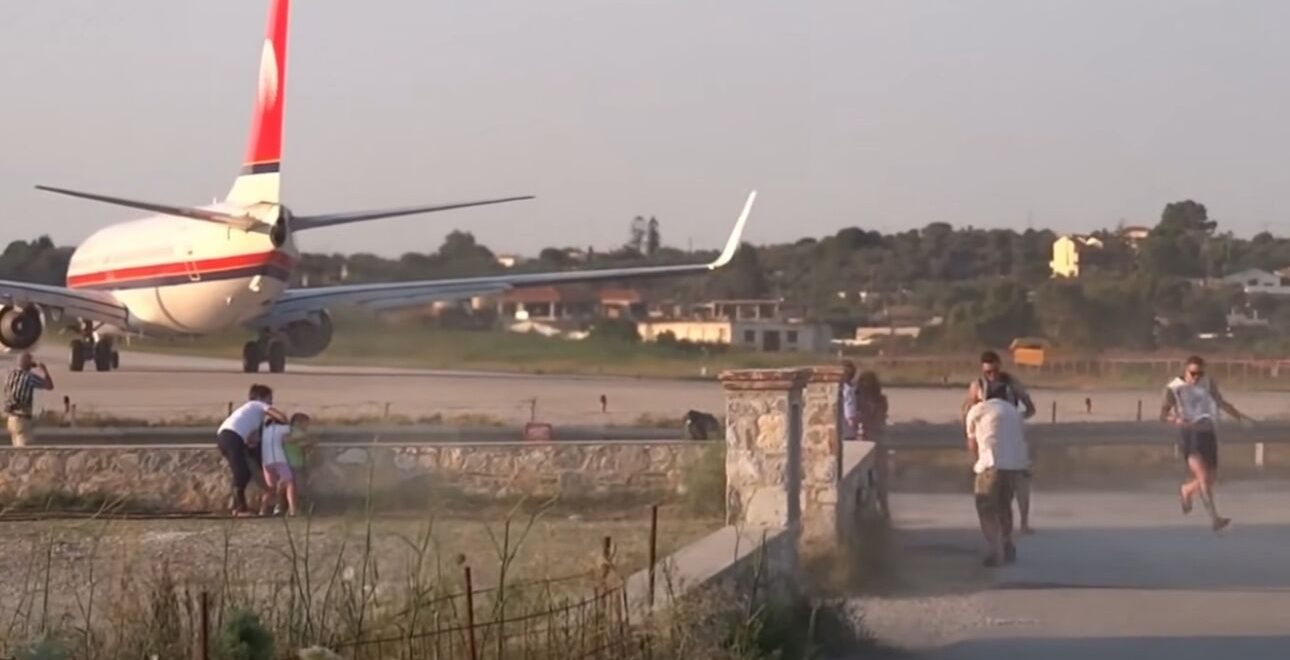 “Alexandros Papadiamantis” airport on Skiathos attracts hundreds of onlookers every day who record the landings and take-offs of the planes that flying within “breathing” distance over their heads.

The elderly man was in shock when he was transported with an ambulance to the health center of the island, underwent several tests including an X-ray screening. He was discharged later after it was found that he had suffered only superficial injuries.

It is not clear whether the man is a permanent resident or a tourist visiting the island.

The incident occurred short before 12 o’ clock noon on Sunday.

The elderly man had reportedly gone for a walk and he was moving on the road next to the airport.

He saw the plane coming down, but he estimated that he would be able to pass through. He accelerated his pace, however, he did not manage.

While the plane was very close to the ground. a wave of gases was formed and their WUCHT power swept the man away , about 10 meters within seconds. According to some reports, the man was thrown into the sea.

Bystanders called the ambulance, the port authorities and the police.

It is not the first time that an airplane blast blows people into the sea. Several such accidents have happened in the recent past, sometimes with injuries.

Skiathos sees the problem with the airport to remain unresolved for years.

At Skiathos airport, the planes landing or taking-off fly at a “breathing” distance above the heads of people and cars.

The runway is just a few meters away from the beach and is located next to the coastal road.

This maybe an attraction for tourists, with hundreds of visitors gathering at the spot during take-off or landing hours to see the unique but dangerous spectacle.

However, the accident on Sunday shows for one more time the degree of danger.