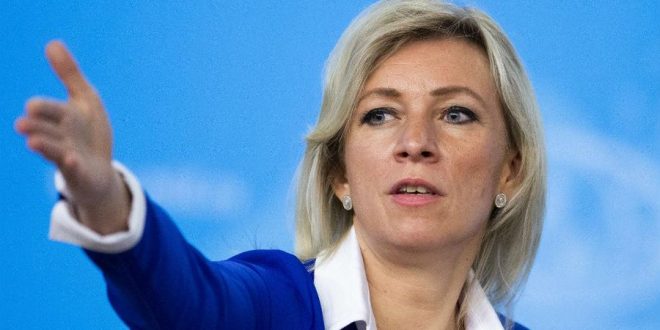 Common sense should prevail over time and diplomatic activity between Russia and Greece in Moscow and Athens become normalized, Russian Foreign Affairs Ministry spokeswoman Maria Zakharova noted at a press briefing of Russian and international journalists on Wednesday.

Zakharova’s statements come two days after Russia decided to expel 8 Greek diplomats in retaliation for the expulsion of 12 Russian diplomats from Greece in last April.

Responding to questions, the Russian spokeswoman said the expulsion of 8 Greek diplomats from Moscow “was a necessary response to the unfriendly actions of the Greek side,” while she called the deportation of 12 Russian diplomats from Greece “unprecedented.” She claimed that the deportation by Greece was based on “the desire, the aim to weaken Russian diplomatic representatives and obstruct their natural operations to greatest degree possible, based on a made-up excuse.”

Zakharova also complained that “Greece’s present government moved to a greater escalation, by developing a loud mass media campaign, publishing private data of these people,” an “unethical tactic which we are naturally not going to copy.” She stressed that “mutual deportations were not Moscow’s choice,” and added that despite staff reductions the Russian embassy in Athens and the Russian consulate general in Thessaloniki would continue to operate as per usual.