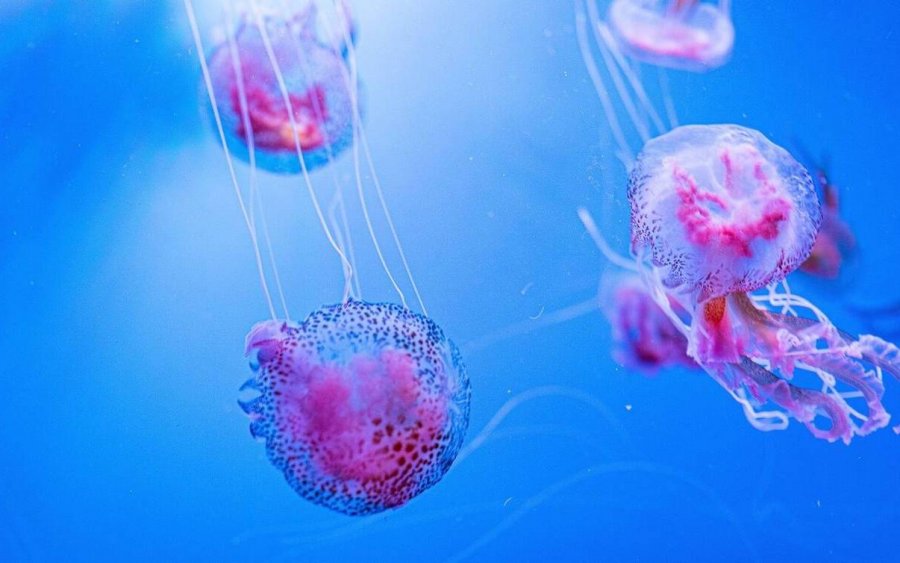 The number of dangerous purple jellyfish are now in relative decline as there have not been any recent reports of dense congregations, researchers at the Hellenic Center for Marine Research (ELKETHE) have said. Tentacles of purple jellyfish that can reach up to 2 meters, carry a very painful sting and have proliferated in several parts of the Aegean and Ionian seas this year.

“This [decline] is evident from the fact that, according to the reports we receive from port authorities as well as citizens, we do not have cases of large concentrations of purple jellyfish – i.e. no swarms have been observed,” said Epaminondas Christou, director of research at ELKETHE, who hastened to clarify “these are estimates based on the indications so far, as there is no systematic monitoring.”

There have been numerous reports of purple jellyfish in the Saronic Gulf, the Argolic Gulf, the Cyclades, the Ionian, the southern Peloponnese, northwest Crete, and the first leg of Halkidiki, according to the most recent citizen observations on the iNaturalist platform.

Speaking to Kosmos FM two days ago, Christou said that “The Ionian Sea is facing much less of a problem at the moment than the Aegean. There is no population settled in the Ionian than in the Aegean, with the result that there are sporadic appearances here and there. So far and according to information we receive from the Port Authorities, we have no information about a large population, except for one or two people on some beaches. This means that this appearance is definitely random, it has come from somewhere, they will stay for a few days and then disappear again. I don’t think in general that there is a problem for the Ionian and we can manage it with relative safety.”

See also: What to do if you get stung by purple jellyfish. How to avoid affected beaches