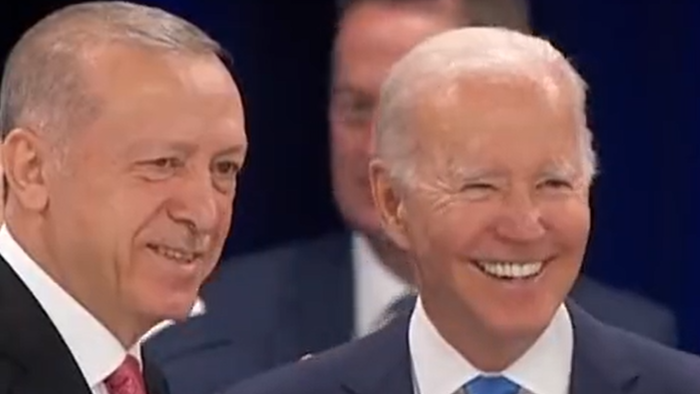 The outcome of the NATO Summit in Madrid is “a diplomatic Waterloo for Greek positions,” SYRIZA-Progressive Alliance leader Alexis Tsipras said on Thursday.

Speaking to OPEN TV, Tsipras said “we understood what happened in Madrid yesterday (Wednesday), but the Greek government says it is satisfied.”

“The government has placed the bar low in terms of Turkey, and appears satisfied that Turkey did not raise the issue of sovereignty of the Greek islands at NATO,” the leader of main opposition party stressed.

Syriza’s concern, he said, is “the confirmation of the West’s support of Turkey despite the fact it expresses an extreme revisionist policy.

He underlined that Greece “suffered a terrible diplomatic defeat” in Madrid and charged the government of Prime Minister Kyriakos Mitsotakis with “engaging in a dangerous foreign policy that is leading us from defeat to defeat. And every time, he pulls out of his sleeve new armaments programs.”

Although Syriza supported the purchase of Belharra frigates and the upgrade of F-16s, one must always examine the country’s financial capacity to buy these programs, Tsipras added.

PS The Greek government downgraded Erdogan’s bargain with the USA “F-16 vs Sweden & Finland in the NATO” saying merely that that the Turkish president made a somersault and that it was content he did not raised the issue of the Greek islands at the summit.