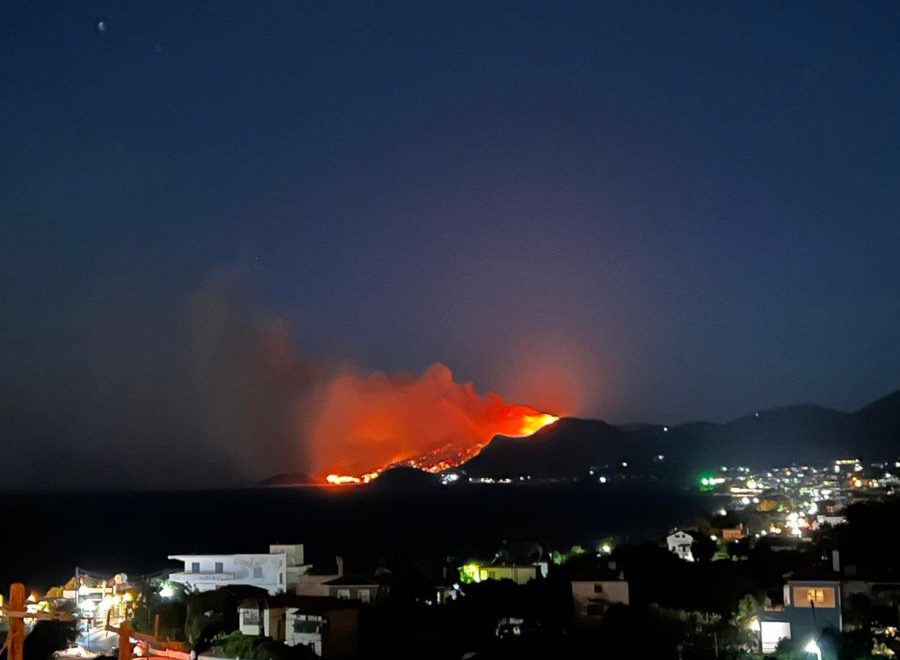 The villages of Makria Pounta and Limnionas were evacuated late on Wednesday as the fire that broke out on the island of Samos on Wednesday afternoon has been raging without a stop.

The fire continued its destructive work, and orders were given to evacuate the villages of Limnionas and Makria Pounta.

Really sad situation unfolds in #Samos island, #Greece since the wind-driven wildfire ended up in the sea…

The fire started in the forest area in Palaichori village settlement in Marathokampos, in the West of the island.

Due to the strong winds that were blowing in the area, it quickly spread to the areas of Gioka, Makria Pounta and Limnionas beach. 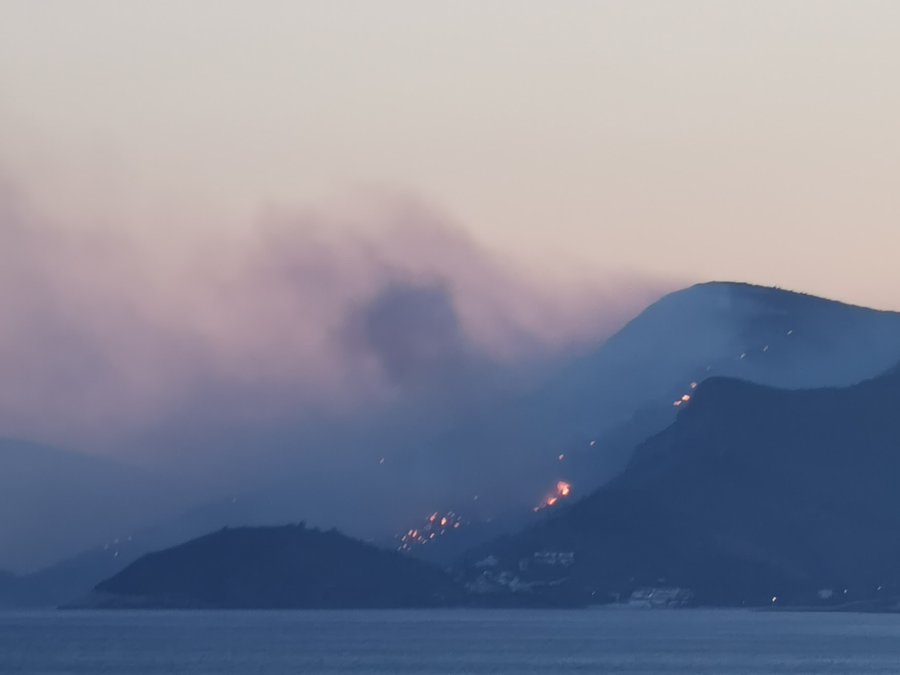 In the coastal settlement of Pounta, the elderly were moved to safety, while the rest of the residents remained to assist the firefighters. 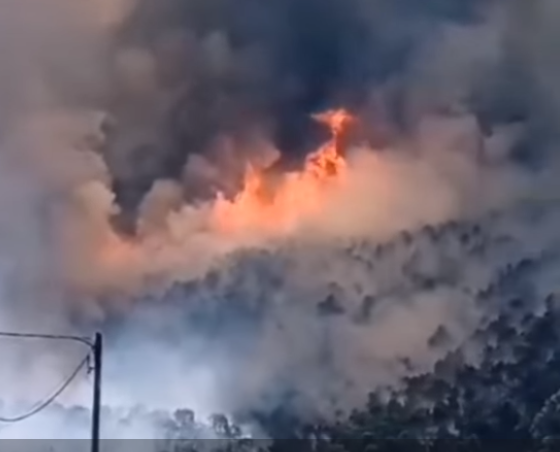 A total of 49 firefighters with 15 fire trucks,  2 groups on foot, volunteers and municipality water tanks have been struggling for hours to contain the blaze.

Water-dropping helicopters operated as well during the day light.

Tragedy of the day: One of the water-helicopters with four crew onboard crashed into the sea short before 6 o’ clock in the afternoon. A Search and Rescue operation was immediately launched. Two people were rescued, but another two were recovered dead. KTG STORY HERE.

UPDATE: While firefighters managed to contain the blaze on Thursday morning, it revived in the afternoon due to powerful winds blowing with intensity of up to 8 Beaufort, media reported.

The residents of Limnionas and Makrya Pounta who were evacuated on Wednesday have returned to their homes, state broadcaster ERT reported.