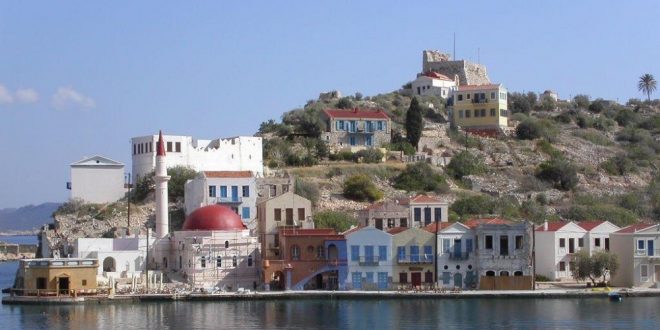 The airport of the remote island of Kastellorizo in south-eastern Aegean Sea has been closed since early Saturday evening due to illness of the sole employee at the control tower. this is not an isolated incident as in several other regional airports of there is only one employee for the Airport Flight Information Service (AFIS).

The unexpected airport shut downs take place also in the middle of summer and the high tourist season. Furthermore, the airport of Kastellorizo is also of critical national importance as it concerns the remote Greek island close to Turkey.

In 11 of the 15 border airports that offer flight information services, only one person is on duty serving passengers, medical and military planes 24 hours a day, without days off and leave, according to the Panhellenic Association of Telecommunication Workers of the Civil Aviation Service.

In 7 of the 11 airports there is no permanent staff and the needs are covered with personnel from other airports, thus creating staff shortage there.

In the recent past, similar cases of sudden closures have been recorded at the airports of Ikaria, Milos (three times), Kozani, Naxos and Kastoria.

“The problem of the lack of staff in the sector is due to the retirement and transfer of 57 people to other sectors, has been pointed out many times both to the Ministry of Transport and to the Administration of the Civil Aviation Authority,  but they are deliberately obstructing” the Association board stressed.

It pointed out that in the list of employees to be transferred from the wider public sector in their sector, there is an interested party for the Municipal Airport of Kastellorizo, but “its implementation has been delayed and hindered for years!”

The workers also add that this situation may also create dangerous gaps for flight safety. And this is because – as they say – the exhaustion of the minimal staff that is left and they are forced to work at the limits of their human endurance without days off and leave and without the required daily rest due to 24-hour stand by.

The Association also pointed that in addition to all these problems, their salaries have been cut and that the 24-hour strike they had called on July 11 was deemed illegal by the court.

The workers are calling the Minister of Transport, but also the administration of the CAA to take immediate responsibility before it is too late.

The board of directors of the association is planning to inform the relevant supervisory organizations EASA as well as the competent judicial prosecution authorities for violations of regulations and working conditions.