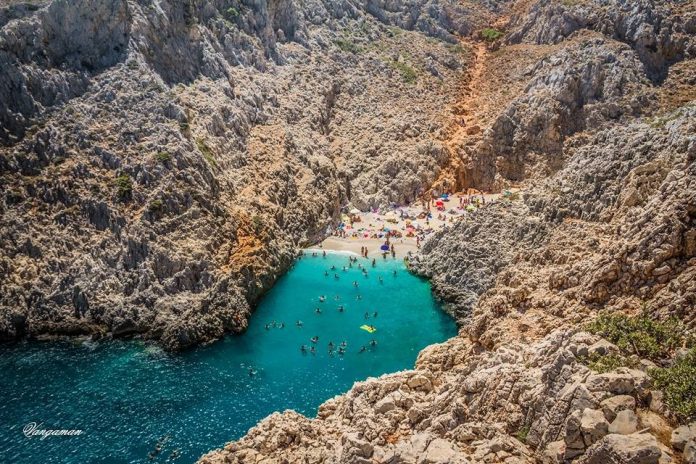 Fire Service and Coast Guard on the island of Crete rushed to rescue foreign tourists in need. A young couple got trapped at a popular beach unable to climb up a steep, rocky path and a middle-aged man was in danger while on a SUP board.

A couple of tourists had to be rescued on Wednesday night when they realized they were trapped at a rocky path they had used to reach the popular Seitan Limani beach in northwestern Crete.

The Portuguese nationals, a 22-year-old man and a 21-year-old woman, called the emergency number 112 at around 9 p.m. on Wednesday to say they needed assistance climbing up the short but steep path that leads from the beach of  to the road, where they had parked their car, local website zarpanews.gr reported.

Two firemen were dispatched and helped the tourists to climb the path.

They returned to Chania shortly after 11 p.m. and are in good health.

In another incident, the Coast Guard rescued a foreign national who was in danger while doing Stand Up Paddle (SUP) in the area of Fragokastelos in Sfakia at Wednesday noon..

The 52-year-old man, who was eventually found to be in good health, was transferred to the port of Fragokastello where he was given first aid.