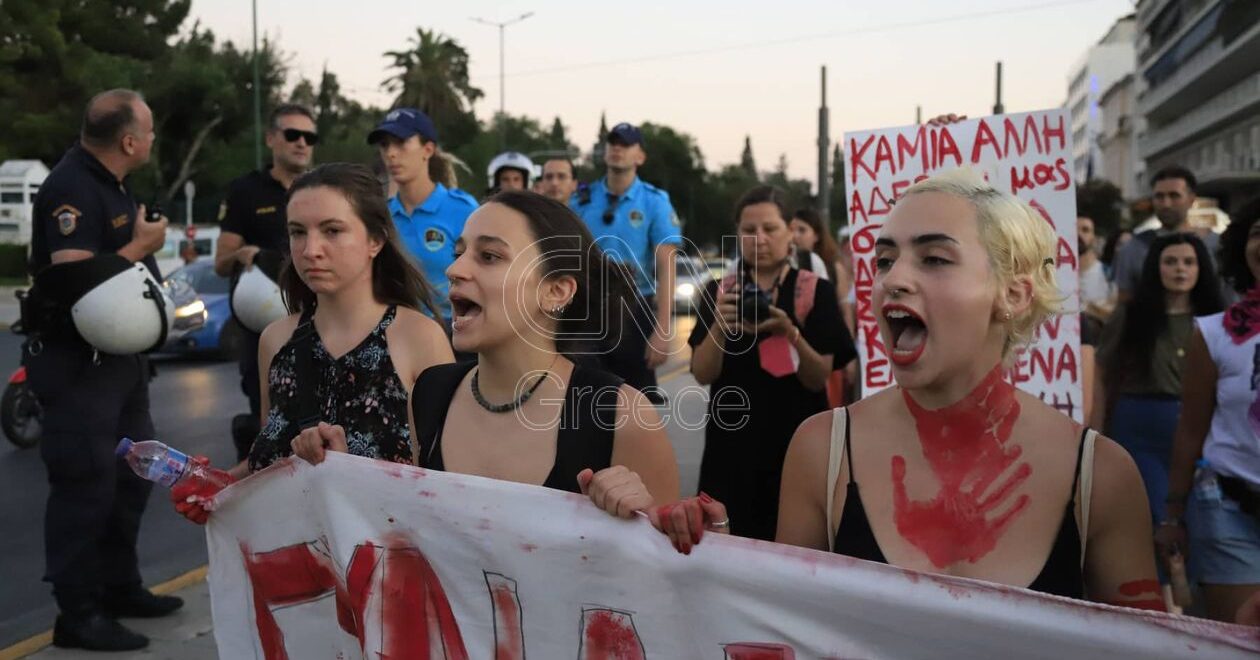 Women’s organizations and feminist groups marched in downtown Athens on Tuesday evening to protest femicide and gender-based violence, after three women were killed by their husbands or partner in Crete, Zakynthos and Athens in just 36 hours.

56-year old Georgia was stabbed to death by her husband in Rethymnon, Crete on Sunday morning, and so was 41-year-old Eleonora on the island of Zakynthos. 17-year-old Nikoletta was found suffocated on her bed, while the main suspect, her boy-friend from Pakistan disappeared. 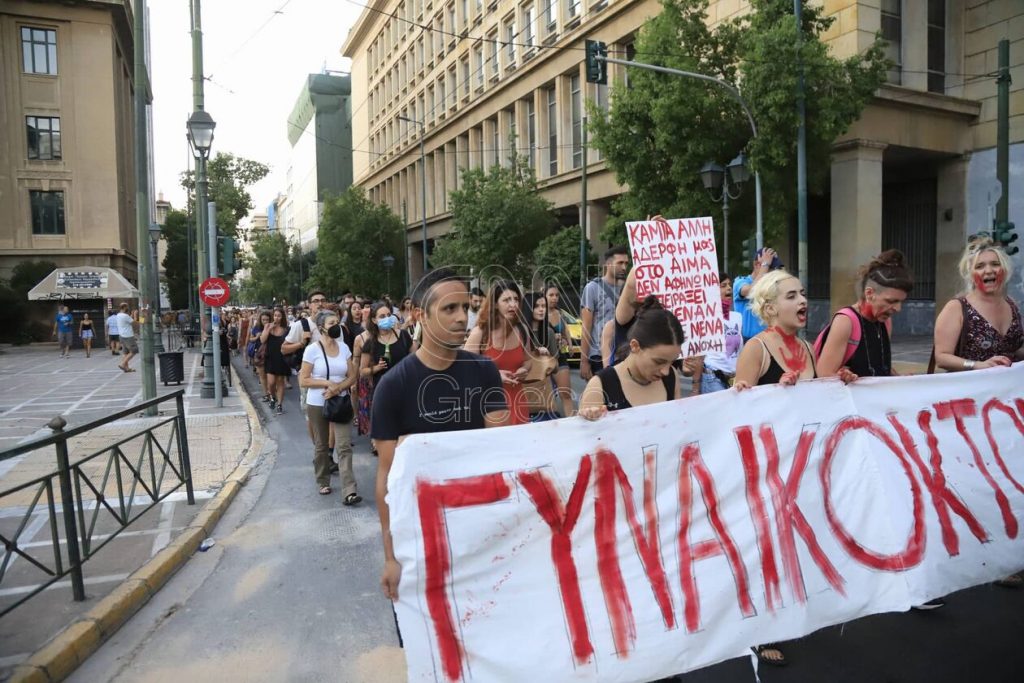 With main slogan “patriarchy rapes and kills, on the street, at work no one is ever alone,” protesters rallied from Klafthmonos Square to the Parliament, where massive riot police forces hindered them from coming closer. 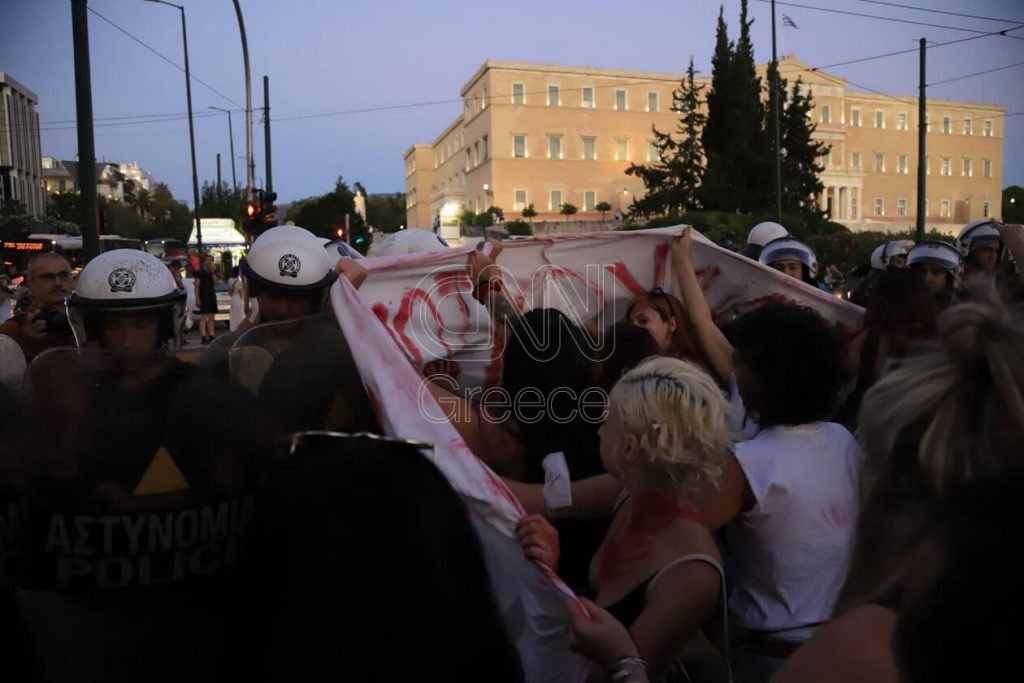 A protester who tried to go through was grabbed by police and just “thrown away.”

Femicide has turned into a socially exploding problem in the country and 15 women have been murdered by their current or former husbands or partners or even by their sons or grandsons in the first seven months of 2022. A total of 22 women were murdered in 2021.

While the husbands of Georgia and Eleonora have been arrested and confessed to the crime, the main suspect for the death of Nikoletta is still at large.

According to latest media reports, DNA was found under the victim’s fingernails.

She called for the “creation of a supportive framework for victims of gender-based violence, with hostels, psychological support and legal aid.”

“Above all,” she added, “social awareness must change. We are already behind.”

PS Sadly, the otherwise very talkative Prime Minister has, so far, found no word to publicly address the problem that puts the life of women at high risk.