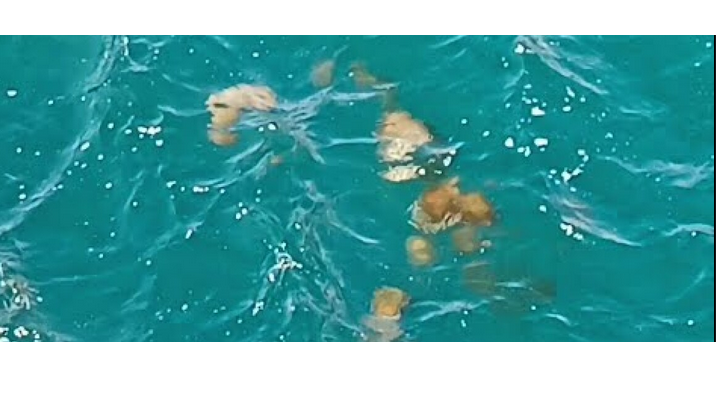 An “army” of brown jellyfish is quickly swimming under the bridge of Halkida in Euripus Strait, moving from the North to the South of Evia.

Thousands of brown jellyfish is being swept away by the tide for which the Strait is famous of. 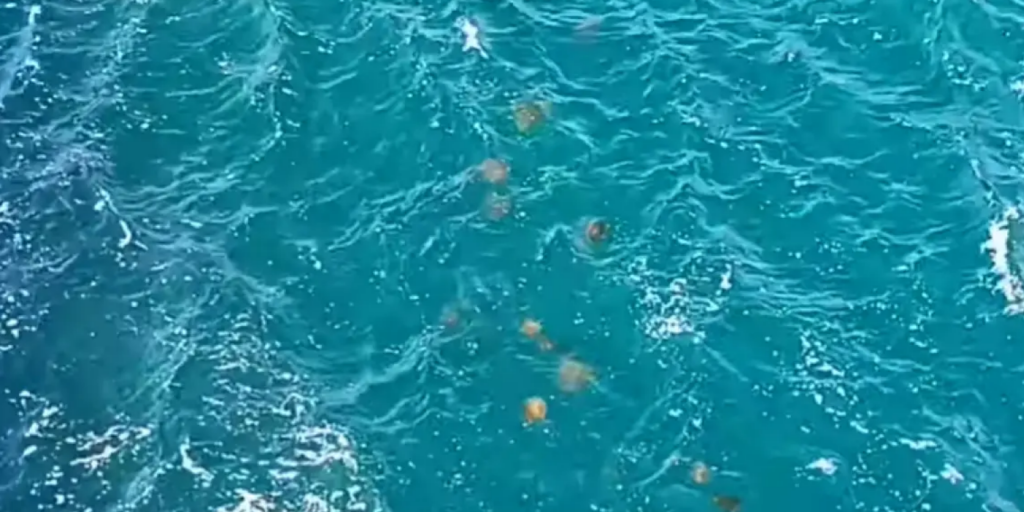 Their speed is extremely high as the current in Euripus Strait is strong. The brown jellyfish in question, also known as “fried egg” due to their shape, and called sa;oufa in Greek are of the species with the scientific name: Cotylorhiza tuberculata).

It is a species of jellyfish of the genus Cnidaria.

The floating “fried eggs” are often found in the Mediterranean, the Aegean and the Adriatic Sea. 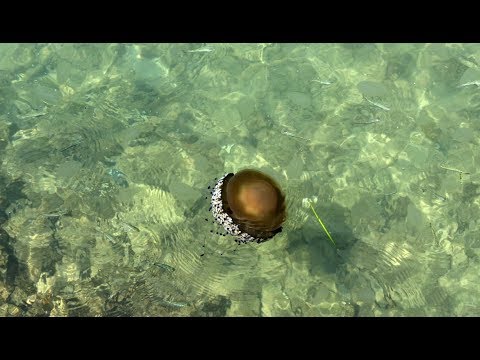 Screenshot from a video of brown jellyfish again in Evia in 2017.

They can reach a diameter of 40 cm, but their width is usually less than 17 cm.

It appears that the sting of this species has little or no effect on humans.

However, it can cause allergic reactions in more sensitive people, which usually result in itching and scratching at the site of the stung.

This summer Greece saw swarms of purple and other jellyfish in the Aegean, the Ionian and the Saronic Gulf, that depending on the local currents and the winds are moving closer or far.

PS I remember when I was a child when swarms of brown jellyfish would come to swallow waters of the beaches in the Saronic Gulf and stay there without moving an inch for a few days , until the wind would sweep them away.

A blue sea pan full of “fried eggs” of all possible size.

We were considering them as “harmless” and we would swim next to them, thus pushing them away with our hands we used as “human rows” in the water.