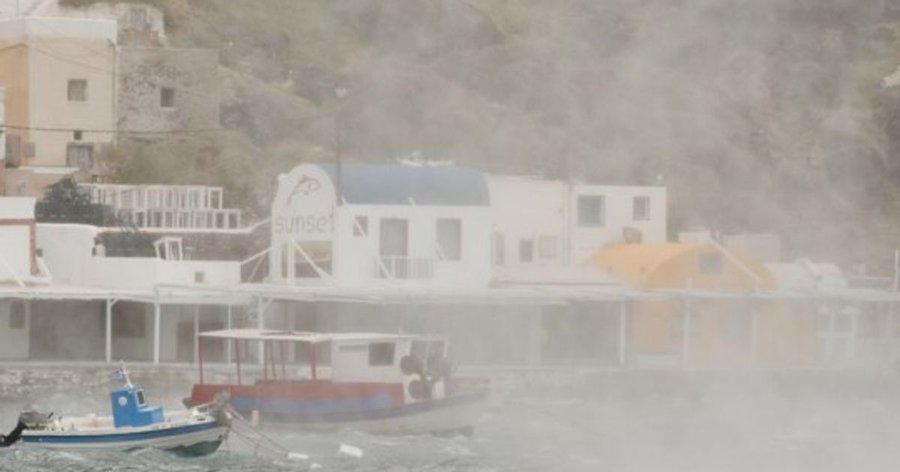 Heavy rainfall and lightning caused landslides and power outages on the island of Santorini early Wednesday morning. The intense weather phenomena sounded alarm at the Fire Service. Motorists should be careful due to landslides on the road network, the local service waens citizens and tourists. 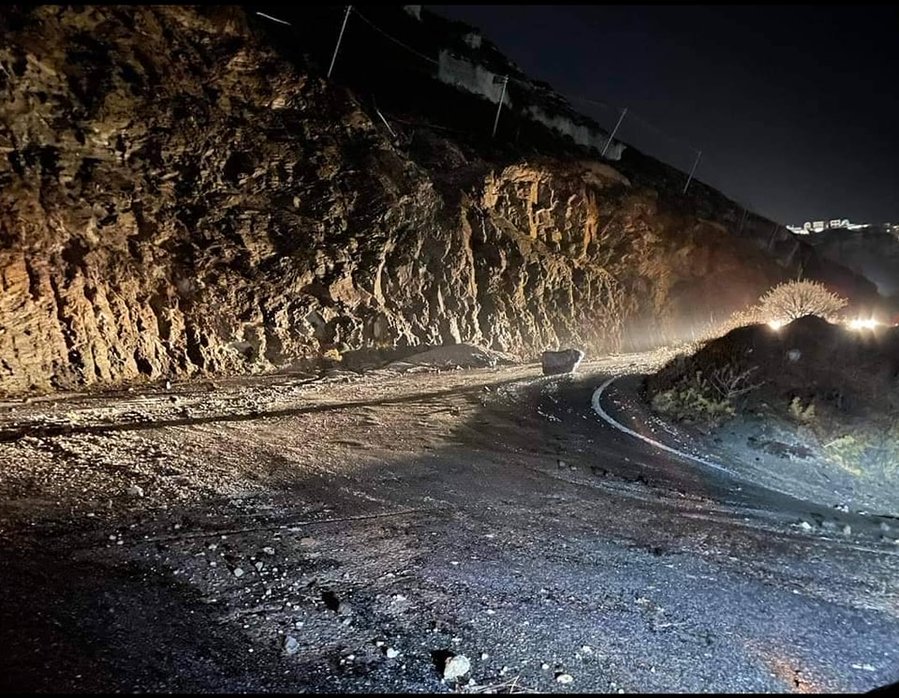 Landslides occurred in the port of Athinion.

Speaking to state broadcaster ERT, the spokesman of the Fire Service Giannis Artopios said that 5 engine trucks have been mobilized due to landslides also at the port. He added that there are no problems for the ship traffic and he said that there are power outages.

He stressed that “vigilance is required because it is a tourist area and the entrepreneurs of the accommodations must inform the tourists about the intense phenomena on the island. 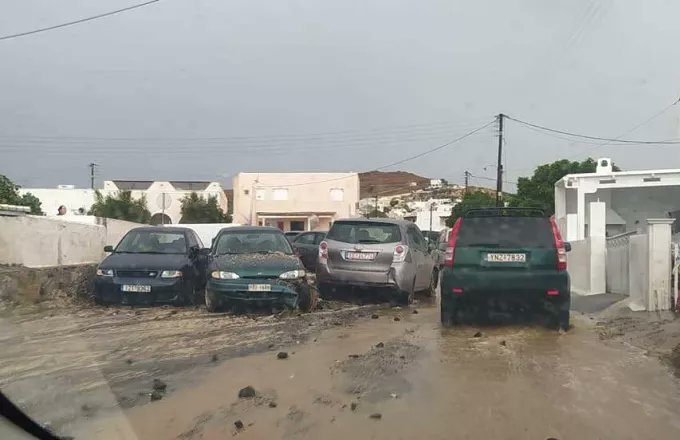 Artophios called on the citizens to be complacent in the for the next 48 hours as the wave of the bad weather will continue with intense weather phenomena.

He urged citizens not to attempt to cross rivers or flooded roads and not to park their cars under trees that have been damaged by the storm.

According to local fire service, many roads on Santorini are considered as “dangerous” due to the landslides and other problems, local media santonews.gr reports on Wednesday morning.

As the bad weather is sweeping across Greece, heavy rainstorms are forecast in Halkidiki, the Sporades islands and the eastern Cyclades islands.