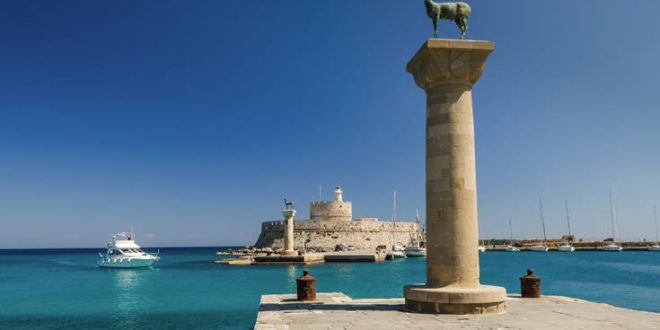 Rhodes expects to have tourists in the island’s hotels right up to November 15, with relatively high occupancy rates, Rhodes municipal councilor Thanassis Vyrinis told state-run news agency amna on Sunday.  He expressed satisfaction with the tourism season on the island so far, stressing it broke all previous records.

Vyrinis noted that this year had broken all previous records for the tourism sector, including that of 2019, with arrivals exceeding 1.8 million and forecast to reach up to 2.3 million by the end of the year.

The local tourism industry was now focusing its efforts on attracting tourists during the winter season, especially European pensioners wanting to spend the winter months in milder climates.

He also noted forecasts of a qualitative shift toward tourists in older age groups, with greater spending power.

According to Vyrinis, roughly 20 hotels with 5,000 beds intend to stay open this winter, while some restaurants on the island will also stay open and can support a tourism ministry plan to attract pensioners to Greece in November and December, when the high cost of heating due to the energy crisis will offset the cost of travel.

He noted that this was the first time that this was being attempted in Greece in an organized way, not just in Rhodes but throughout the country.