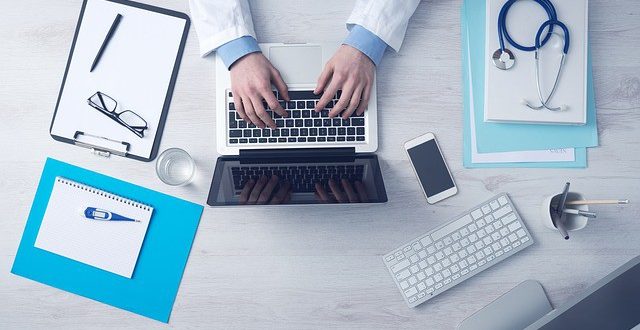 The platform where citizens in the regions of Attica and South Aegean can register with a personal doctor opens on Thursday afternoon, September 1, 2022. The platform for all other regions has been available since August 1.

The Personal Doctor program entails that a single doctor will constantly monitor a patient, record and update his/her medical history, direct them to other specialists, prescribe medicines and suggest appropriate treatments.

Register can citizens over the age of 16.

Insured individuals can register with a General Practitioner independently from their area of residence.

Uninsured citizens register with doctors at public facilities, but if they find no place, they can apply for a GP assigned with EOPY.

The citizen chooses freely, regardless of place of permanent or temporary residence, from a list of personal doctors ( general/family medicine or internal medicine) displayed during the registration procedure.

Those who had registered in the past with a “family doctor” would not need a new registration [but double-check to be sure].

A citizens can change to another doctor once per year, starting point the registration date.

Those moving to another Regional Unit within the year, have the right of one more registration.

Note the platform for citizens in other regions (excluding Attica, South Aegean) remains open since August 1.

Registration can be done either through the personal doctor registration platform (https://ehealth.gov.gr), using Taxisnet codes and the social security number AMKA codes, or in person at a primary healthcare facility, or through a personal doctor or at a pharmacy.

In the last three cases, citizens should have their AMKA number ( possibly also taxisnet codes?) and an identification document, or a photocopy of it.

According to the Health Ministry, 2,100,000 citizens ( out of 10million total population) have registered with a personal doctor since the implementation of the new primary healthcare system began at the beginning of August.

3,200 general practitioners have signed up for the new system, so far, 1,000 of them are private doctors.. Doctors can still register for all regions in the country until 31. December 2022.

The platform opening for Attica and South Aegean was delayed as not enough GPs had signed up.

All applications by citizens will be accepted until the limit of 2000 patients per doctor is reached. In the case of private doctors with EOPYY contracts, the upper limit is that chosen by each doctor in their contract.

Visits to doctors are free of charge.

The system for electronic appointments (similar with Covid-19 vaccinations) will open on October 1, 2022.

The personal doctor system is scheduled to be fully operational at the beginning of 2023.

From 1. January 2023, registered citizens will have priority when planning their visits to regular outpatient clinics in public secondary and tertiary health care units.

The system is combined with fines for the citizens who have not registered.

The personal doctor system is an obligation of Greece to European lenders as agreed with the 3. bailout.

Doctors federations and chronic patients associations have raise objections form the very first time, which were largely ignored by the health Ministry.

The political leadership hastily removed some of the initial provisions here and there and in the usual Greek style laid a legislation that is not certain to work, at least without problems for the patients.

The one thing the Health Ministry did “correct” from the very beginning was the fines calculation, as top priority of the conservative government is to punish citizens.

PS God Save Us!