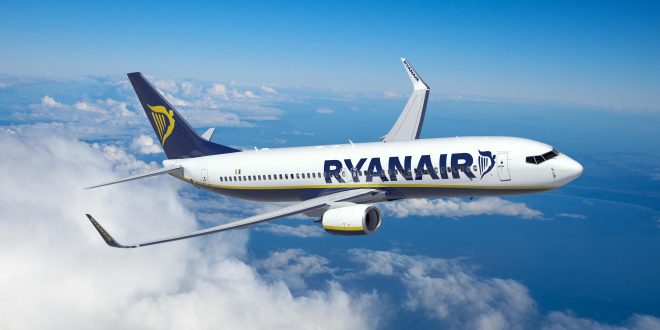 Ryanair announced it would shut down its Athens base during the winter season following “the inexplicable failure of the Greek government (…) to reduce non-competitive airport fees,” it announced on Thursday.

The Ireland-based airline will disengage two aircraft from the Athens International Airport “Eleftherios Venizelos” (AIA) from October 29 to March 31, leading to a reduction of scheduled flights from 29 to 10, it said.

It will retain 10 flights from the AIA – Athens to Bologna, Brussels, Budapest, Dublin, Katowice, London, Malta, Milan, Rome, and Vienna – but will not park any of its aircraft at AIA.

This means the four airplane bases it had in Athens in 2019 which were reduced to two in 2021, will be cancelled entirely during the winter season.

Ryanair, which has a 7% slice of the airline market in Greece (following Aegean with 38% and Sky Express with 15%), will retain its base in Thessaloniki and its flights to Thessaloniki and from Chania, as well as to and from the northern city.

Airline CEO Eddie Wilson expressed his disappointment over the action and said “the Greek government inexplicably failed to respond to Ryanair’s ambitious development plans in such a necessary program of tourism recovery in order to reduce the non-competitive airport fees that would have helped restore traffic following the pandemic, as Croatia, Ireland, Portugal and other countries have already done. The Athens airport is a characteristic example of how the Greek government and the high-cost German ownership fail to contribute to Greece’s people and economy.”

Wilson additionally called on Tourism Minister Vassilis Kikilias to respond to its written development proposals for what he called “the transformation of Greece’s tourism market in the next 5 years,” which aims to double traffic to 10 million passengers annually and create 4,000 local winter jobs. “This lack of commitment by the Greek government has already led to the shutdown of our base in Rhodes this summer,” the airline official said, further noting that “the billing structure of airports in Greece is dysfunctional, as it rewards German airport management agencies that control a vital part of the national Greek infrastructure, to the detriment of economic development in tourism and connectivity.”

In response to Ryanair, sources of the Greek Tourism Ministry told media, a specific plan is being processed with the aim to extend and strengthen the winter tourism season in the country,

The plan is to be announced in the next period and it includes, among others, also incentives to airlines and tour operators who are interested in continuing their activity in Greece after October, the sources said. [amna]

PS It should be recalled that Rynair has been trying for years to achieve reduced fees at Athens international airport.