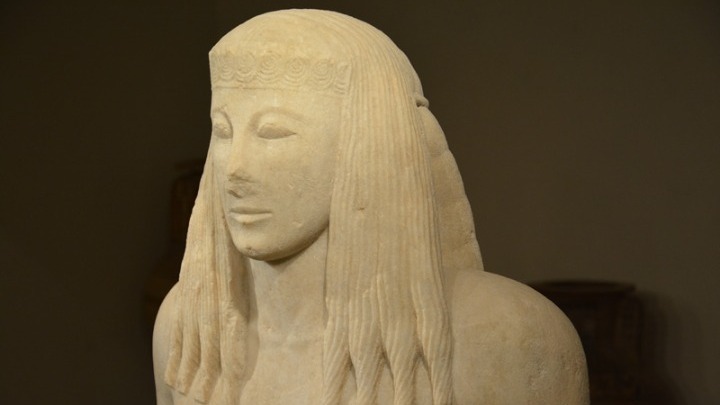 Kore of Thira: Exquisite sculpture on display on Santorini for first time ever

September 2, 2022 Archeology, Culture, FEATURED Comments Off on Kore of Thira: Exquisite sculpture on display on Santorini for first time ever 664 Views

The Kore of Thira, the exquisite female statue of the 7th century BC, will be displayed for the first time ever, in a temporary exhibition at the under construction Museum of Thira on the island of Santorini.

The Kore of Thira was discovered in November 2000 in the Sellada cemetery in the ancient city of Thira on Santorini by archaeologist Charalambos Sigalas. 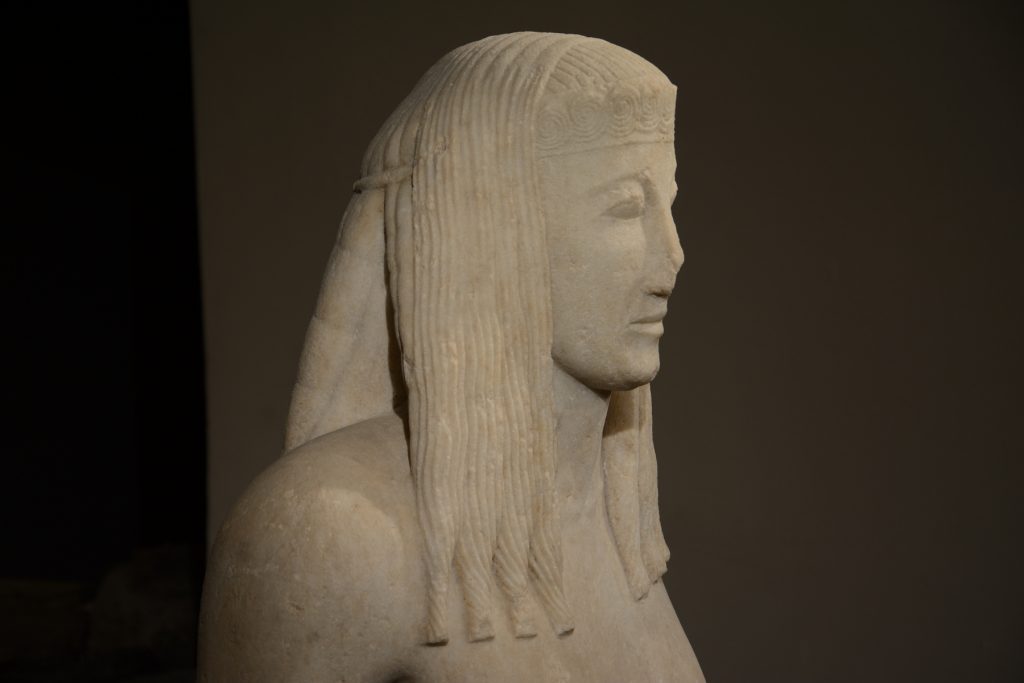 The Daedalic-style Kore, crafted with white Naxos marble, has a height of 2.48m230 and weights 750kg. 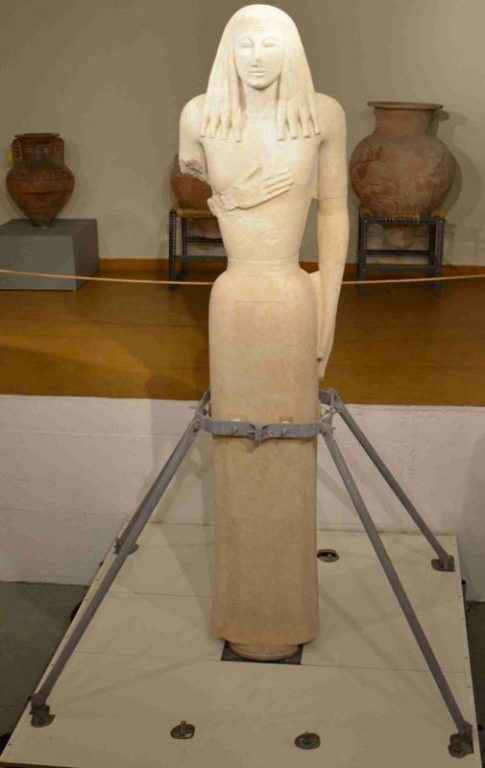 Features that distinguish Daedalic works are the characteristic “Archaic smile,” triangular or wig-like hair, and large, almond-shaped eyes. As these are earlier and less-naturalistic Archaic sculptural forms, the bodily features are rather stiff and linear

The Kore is one of the few female statues of this size and this period (7th century BC) discovered to date.

With the inset peg at its base, the statue is almost intact. The sculpture, from which only the tip of the nose and the arm of the bent right hand resting on the chest are missing, is one of the few surviving works of the large, prominent early Greek sculpture in stone, which it is expressed with the statuesque types of the kouros and the daughter (Kore), these archetypal expressions of the beauty of the time.

The almost intact statue of a female figure dressed in a long Doric veil complements in a unique way our knowledge of the type of daughter in the second half of the 7th c. BC, as its perfect preservation highlights its stylistic features and its unique artistic value, noted the Culture Ministry.

The impressive statue was kept under wraps in storage since it was discovered due to lack of space.

Fore the first time ever, the Kore of Thiva will be on display at a temporary exhibition that will inaugurated by Culture Minister, Lina Mendoni, on September 4.

*pictures via the Greek Culture Ministry.