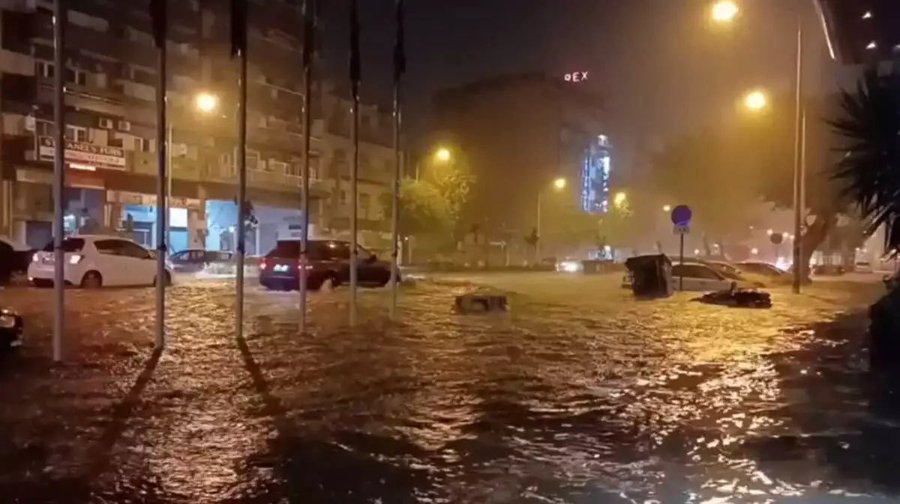 A heavy rainstorm hit the urban complex of Greece’s second biggest city Thessaloniki turning streets into rivers, sweeping away vehicles, flooding homes and shops, and even the landmark of the city , the White Tower. Power outage recorded in some of the residential and commercial areas.

The rain started around midnight on Sunday and stopped early Monday morning.

By 5 o’ clock Monday afternoon, the Fire Service had received more than 800 calls for water pumping, cutting trees and to rescue motorists stuck in the rushing waters.

The biggest problems were recorded in the city center, as well as in the municipalities of Oreokastro and Pavlos Melas. In most cases where the Fire Department was called, pumping was not necessary, as the water level was low.

The underground in Makrygianni street in Ilioupoli has been closed since 3 a.m. as it was flooded for one more time, according to media reports. 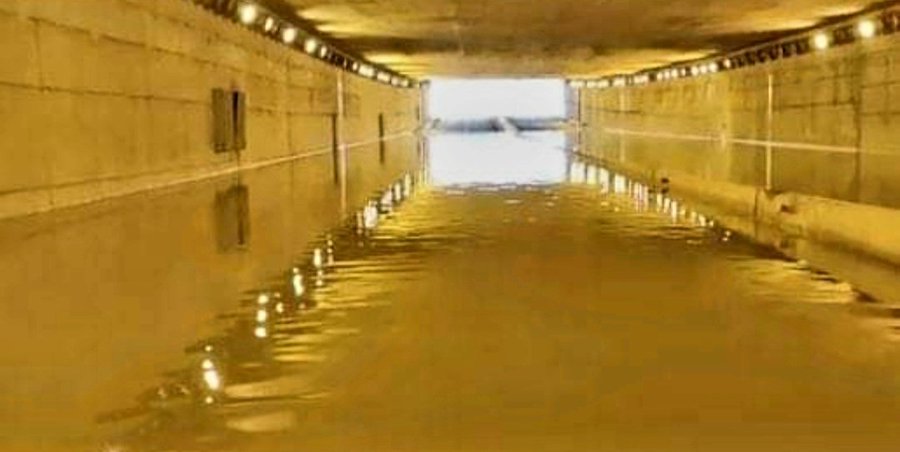 In area of ​​military hospital 424, an Irish crossing leading to Filiro has been closed to traffic.

Subsidence has occurred in a couple of main roads, while some trees have been closed to traffic due to fallen trees.,

In Sykies, a parked car was swept away by the rushing waters and ended up in a fish shop that was closed at the time. 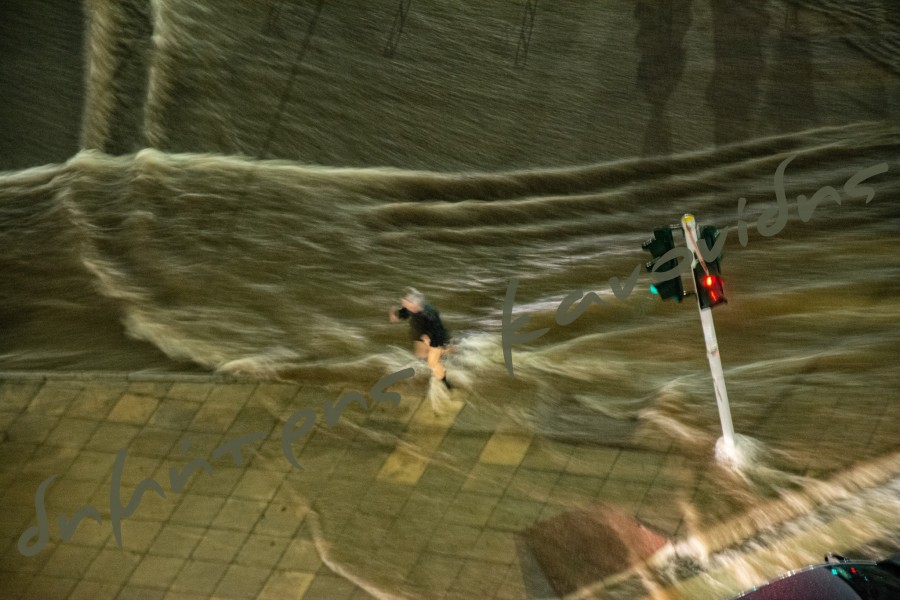 Several traffic lights have been put out of traffic throughout the city and drivers must proceed with caution at these points. 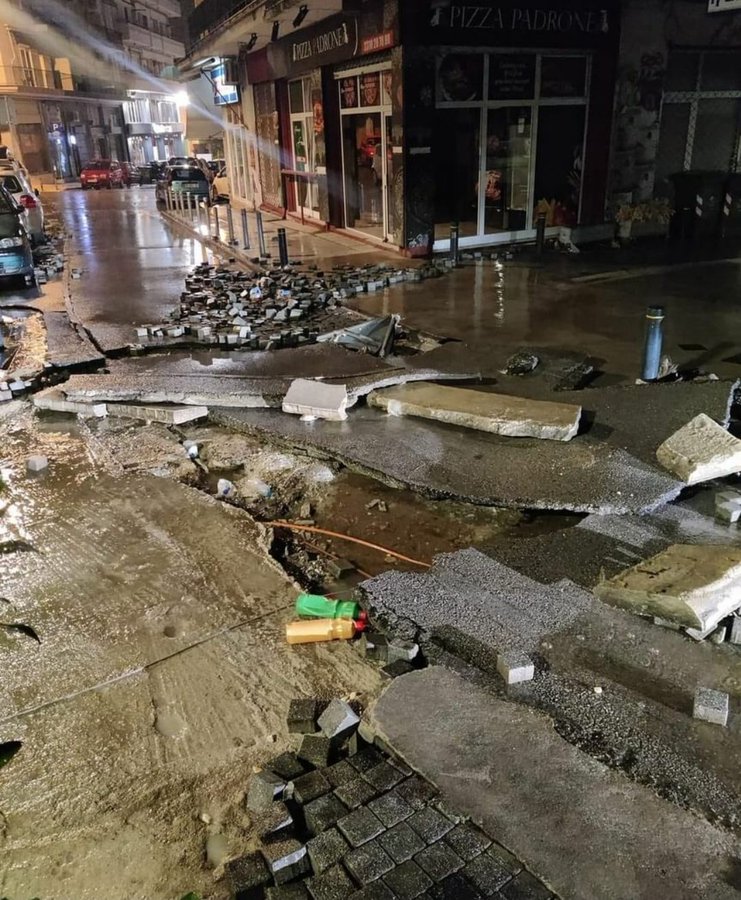 Some streets as well as provincial roads around the city were covered by portable materials and actions are being taken by municipalities to remove them. 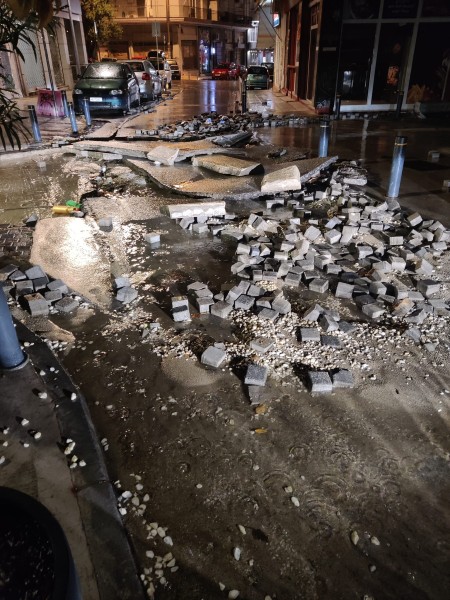 Shops in Kaplani area were still without power on Monday morning. 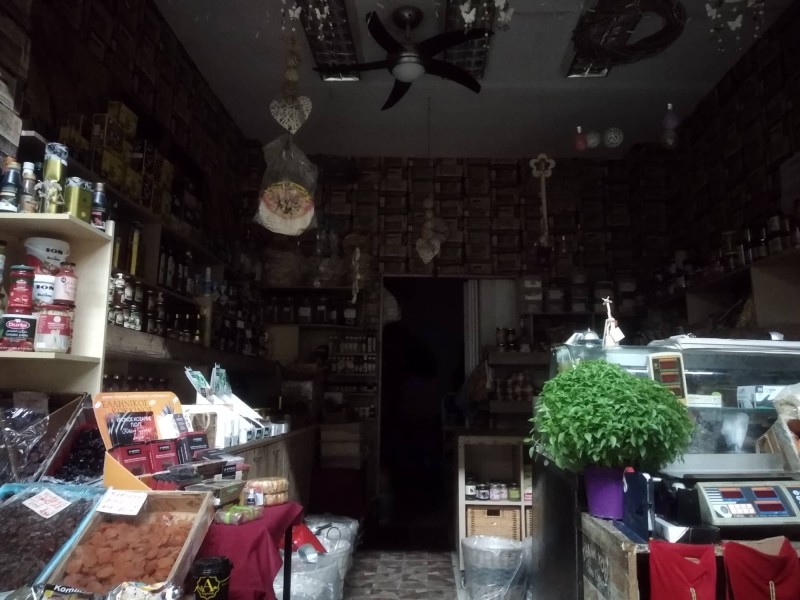 It was the second torrential rain that hit Thessaloniki in three days and locals complained to Anti TV: “Every other day to come to open our flooded shops and the municipality is absent.”

Video: A delivery boy risks his life on duty during the rain and floods in Thessaloniki,on Friday, Sept 2.

Local media parallaximag noted “that no warning message by the Civil Protection will save the city from the state indifference.”

Flooding was recorded also in Volos and Kozani.

Civil Protection had warned about the severe weather phenomena on Sunday evening, sending an sms via the emergency line <112>. It urged citizens in Thessaloniki, Halkidiki, Imathia and Magnesia to avoid “unnecessary travel” for the next 24 hours..

The National Meteorological Service issued a weather warning –details here on KTG -on Sunday noon. The phenomena were expected to gradually weaken from Monday noon to afternoon.

Until then, however, locally intense rainfall is expected in Central Macedonia.