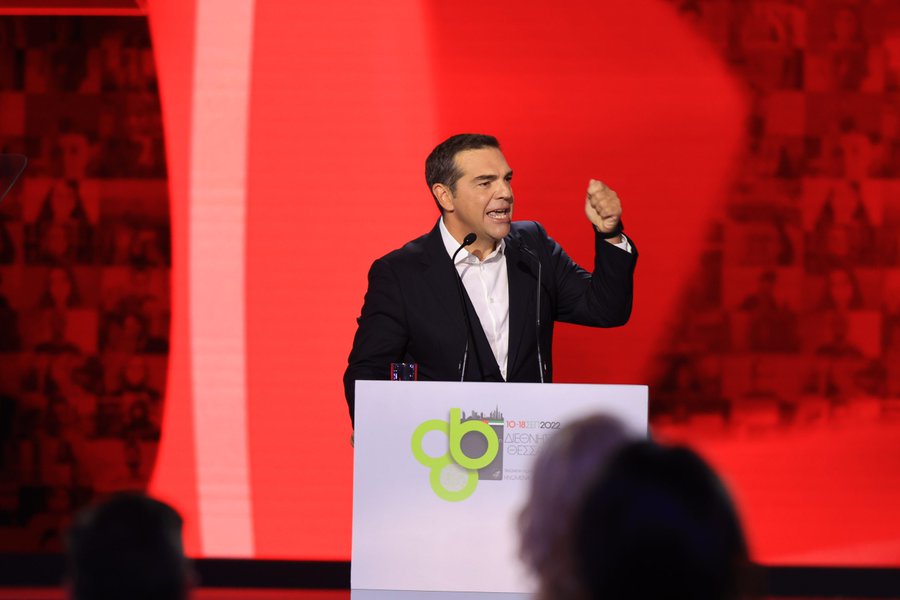 Tsipras: “We will renegotiate armament contracts, the pilots training center”

Leader of main opposition party, left-wing SYRIZA, Alexis Tsipras said on Sunday that when in the government they will  review and renegotiate  the contracts for the Belharra frigates and the international training center in Kalamata.” Tsipras was speaking to journalists at the International Fair of Thessaloniki which usually serves as a platform for parties to announce their program, how much more, when the country has entered a pre-election period, even though unofficially.

Renegotiation of the armament contracts should be for the benefit of the Greek defense industry, Tsipras added

He argued that it is necessary to strengthen the fighting force of the Armed Forces and that’s why SYRIZA voted in favor of several purchases in the Parliament.

However, he raised objection to the purchase of additional Rafale aircraft and the cost of the contract with Israel’s Elbit for the International Pilot Training Center in Kalamata.

“We are critical of the government because it follows a strategy of armaments without strengthening the Greek defense industry,” Tsipras stressed.

“We consider as unthinkable and short-sighted to invest only in equipment to strengthen the fighting force. I do not want to enter into this discussion of strategy and diplomacy. Not a single screw will enter the defense industry while the taxpayer will pay billions of euros,” he underlined.

“We will renegotiate the contracts in order to change them and make them beneficial to the public interest, he said and when he was asked to which contracts he was referring to, he responded: “I’m referring to the frigate contracts.”

He added “I find it unthinkable that while we give 14 billion euros for equipment, we do not take care of the basic needs of the human potential.”[armyvoice,gr]