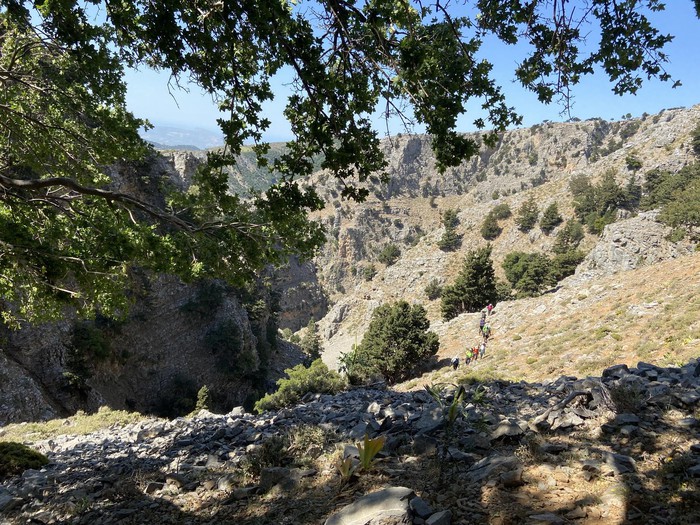 The body of a missing German mountain climber was recovered from the Vorizia gorge on the island of Crete on Thursday, The 53-year-old man pn vacations on Crete went missing on September 2

Firefighters and police were alerted on Thursday after a body, believed to be that of the missing man was found in Vorizia gorge.

For five days EMAK rescuers, police and volunteers were searching in the area around the Kamaraiko cave when the last signal of the missing man was located, reported local media cretapost.gr

Relatives and friends of the man  as well as climbers from Germany had traveled to Crete to assist the search operation.

The German climbers located the remains in an inaccessible part of the Vorizia Gorge, about 50 kilometers southwest of Heraklio.

Personal belonging, including the man’s identity card were found next to the remains.

It is believed that the man, a hobby mountian climber and doctor by profession, fell from a height into the gorge.

An autopsy is expected to be carried out, verify the identity and shed light into the causes of the man’s death.