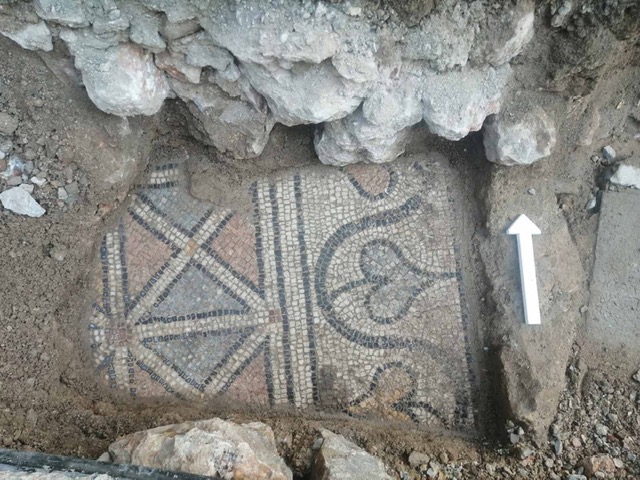 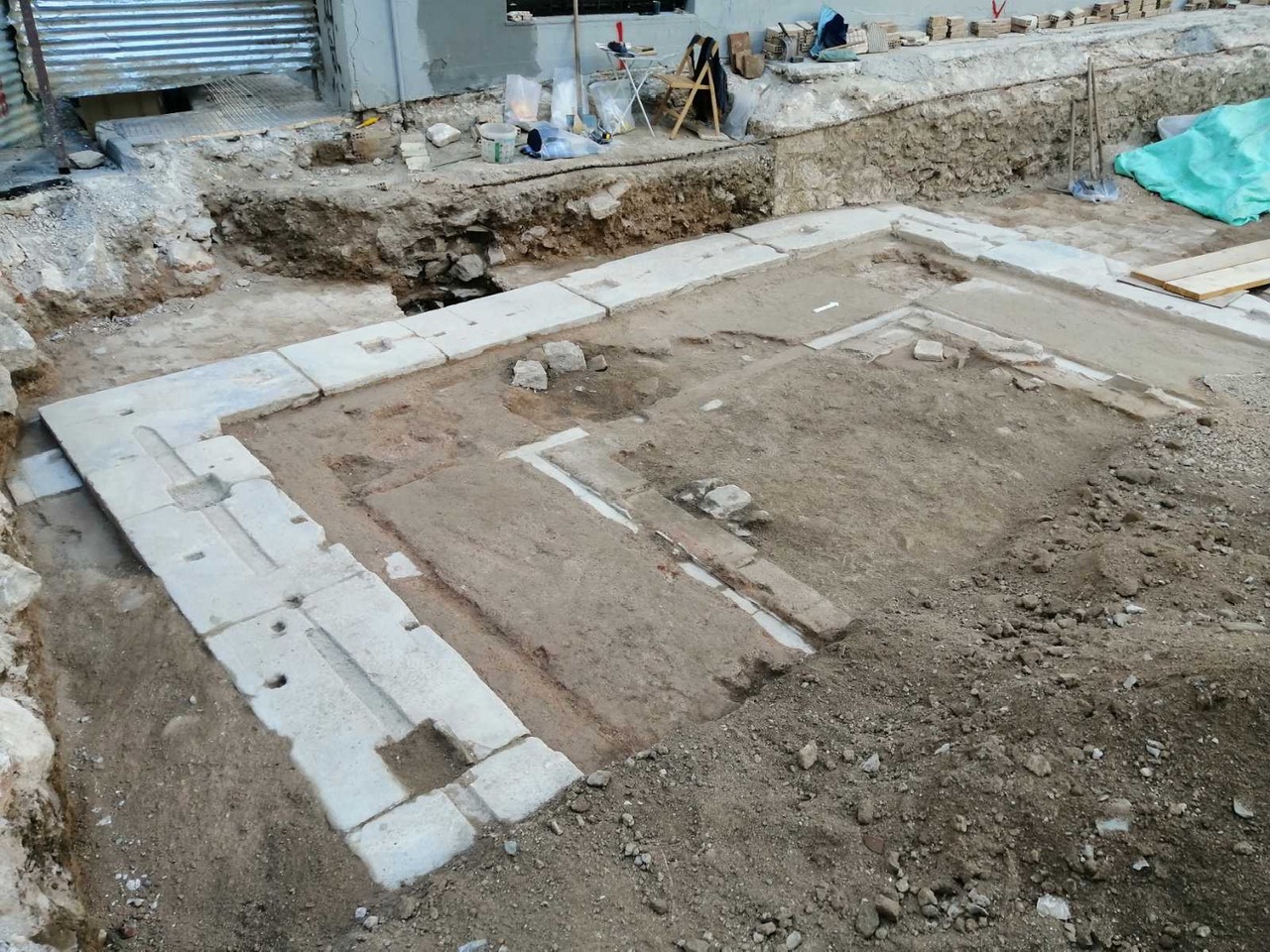 In works ahead of the area’s makeover, which lies southwest of the Athens City Hall, remains of a building complex and a mosaic were found in the square’s southern part at an average depth of 1 meter.

The building, which preserves some of the lower walls, has a middle section 7.40 meters long.

It is set off by marble blocks forming a stylobate, the level on which columns would have rested. The stones have been carved to receive either a metal division or a parapet, the ministry said.

Floors of the building’s rooms are covered by opus sectile type of mosaic, sections of which were preserved in a good condition and testify to the building’s value.

Older excavations at land adjacent to the square have revealed in the past architectural components that appear to belong to the complex, including similar wall construction and mosaic floors. The salvage operation is on a short time schedule, as the city wants to start works on the square the soonest possible, the ministry said.