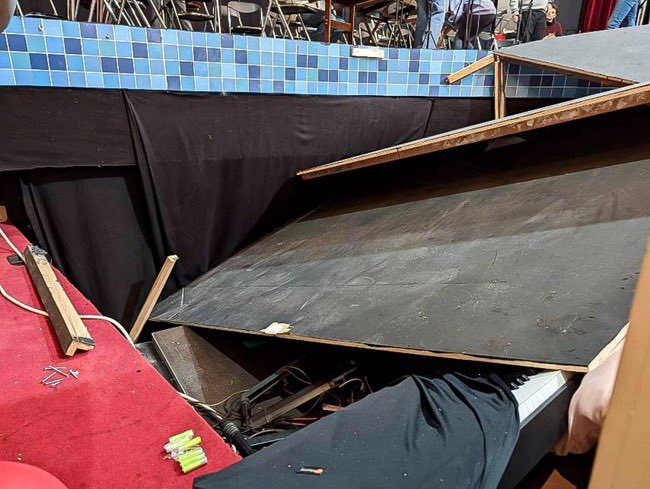 Four students were injured when a part of the wooden stage of the Municipality theater of Piraeus collapsed during a rehearsal on Monday afternoon.

Dozens of children were at the theater watching the rehearsal by students from the local Music School Ensembles for a concert later in the evening.

The four students were slightly injured and taken to the hospital for first aid and for preventive reasons. One of the four injured children was taken to the Naval Hospital with chest and back pain.

Organizer of the concert was the Organization of Culture, Sports and Youth of the municipality of Piraeus  (OPAN) and the Model Music Center of Piraeus, in partnership with the Music School. 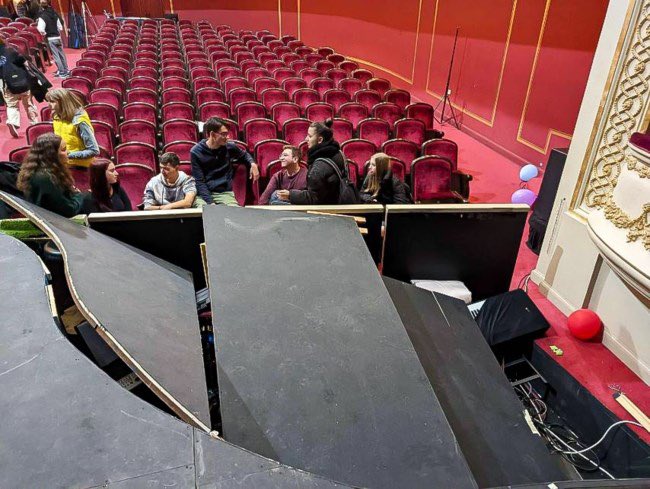 According to Iosif Vourakis, president of OPAN, the producer changed props on stage placing an additional piece on the stage without informing the managers accordingly.

“Whoever is responsible for the fall of the stage that resulted in the injury of children will have the corresponding sanctions,” Vourakis told Athens 9.84 FM.

According to Vourakis, the children suffered shock and scratches on their legs and ribs, they are in good health and were taken to the Hospital for preventive reasons. 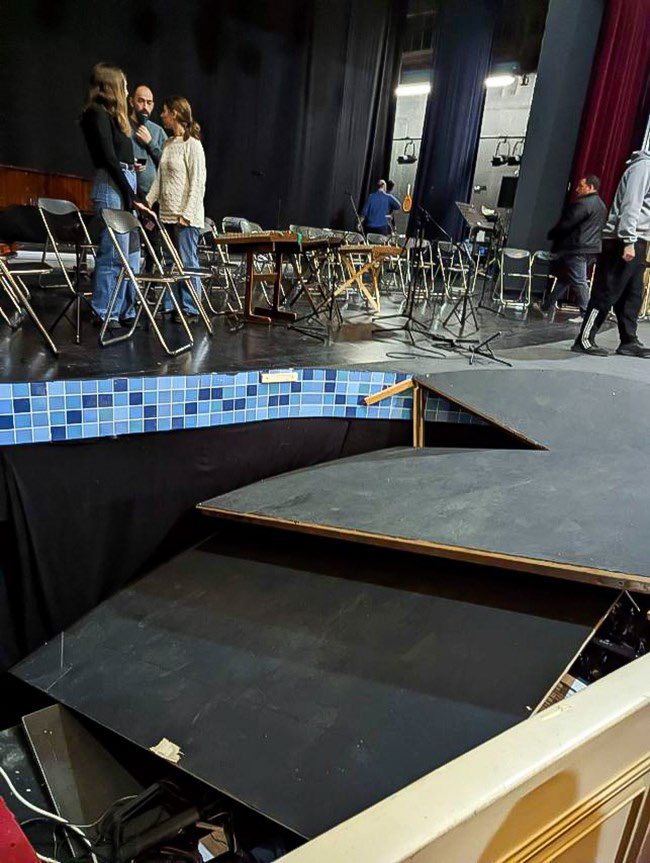 The president of the association of parents and guardians of the Piraeus Music School, Giorgos Doumanidis, told Athens 9.84 FM: “The stage was unstable from the beginning of our rehearsal. It was shaking to the point where it finally collapsed. There was no change to the stage since the beginning of the performance in the theater there were not even technicians on site for this purpose”.