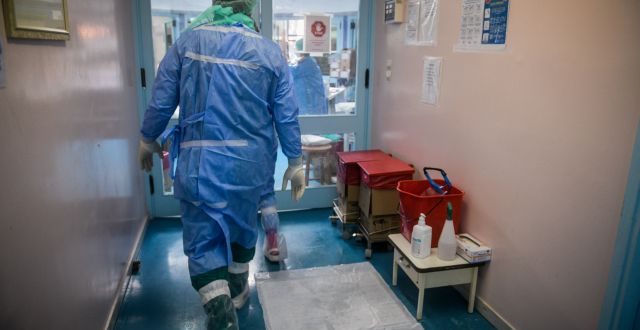 Unvaccinated health workers of the National Health Care system will return to work under a strict protocol that will include regular rapid testing.

The return is reportedly scheduled on January 1, 2023, almost 15 months after thousands of doctors, nurses and administrative personnel were sent home for refusing to not be vaccinated against Covid-19.

The return of health workers follows a decision of the Council of State, which that ruled last week that a recent extension of their suspension was unconstitutional.

“We will apply the decision of the CoE conditionally, so that there will be not a health bomb,” Health Minister Thanos Plevris told media on Tuesday.

“The will of the Ministry of Health is that the protocol be implemented for the return of the unvaccinated to ESY will be as strict as necessary to ensure that there is no risk to public health,” Plevris told daily kathimerini.

He expressed his disagreement with the return of unvaccinated health workers, which he described as dangerous to public health, but made clear that the ministry “will, as it ought to, respect the decisions of the Council of State.”

According to medical news website healthreport.gr, unvaccinated health workers will return to the NHS with a rapid test per week which they will pay from their own pockets. A measure that applies today also to those health workers who have not taken the booster dose.

It should be noted here that the way in which unvaccinated healthcare workers will return to the NHS will be discussed by the expert committee that is expected to meet to determine the return plan.

It is noteworthy, however, that today in public hospitals, patients who suffer from some disease and at the same time are infected with Covid-19 are hospitalized in the same areas as patients who do not have coronavirus but suffer from the same disease. A fact that shows the absolute lack of measures in the Greek NHS, notes healthreport.gr.

It should be noted that according to data from the Ministry of Health, 7,000 are unvaccinated health workers, but 5,300 are already working with a disease certificate, while 1,700 health workers are suspended and expected to return.

Among them are some 250 doctors, media reported last week.

PS One Rapid test per week is not a strict protocol, is it? Especially when persons accompanying hospitalized patients need a news rapid test every 48 hours…