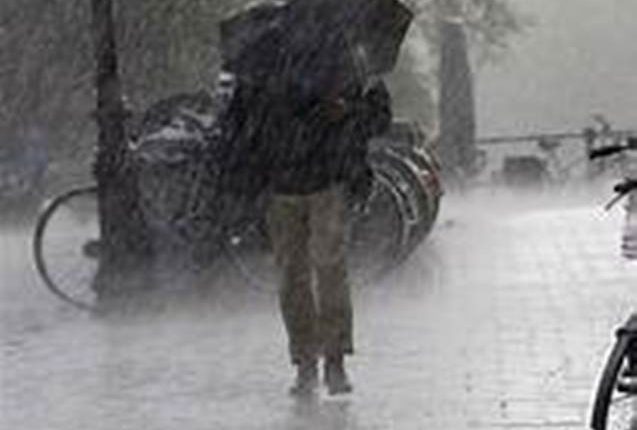 In the grip of rain and storm bad weather front ARIEL are many regions in Greece, including Attica, since Wednesday morning. Repeated 112 sms messages were sent to residents of seven regions, warning them of dangerous phenomena and urging them to avoid unnecessary traveling. 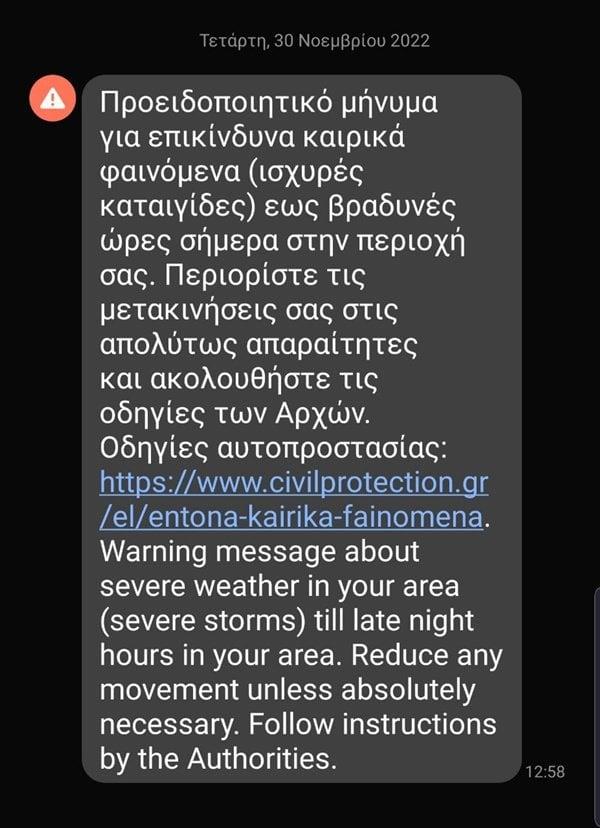 The first regions to receive the warning sms were the island of Zakynthos and Kefalonia in the Ionian Sea as ARIEL move to Greece from southern Italy.

From tomorrow these phenomena will “hit” the North Aegean, South Macedonia and Thrace and also the islands of the eastern Aegean.

Caution is recommended in Attica from tonight (Nov 30) until tomorrow morning (Dec 1) where the phenomena will be more intense.

* The bad weather front hindered four flight from landing to international airport of Athens between 1 and 4 o’ clock early Wednesday afternoon. On one of them was Tourism Minister Vassilis Kikilias on his way for a foreign country. All four were diverted to Thessaloniki airport and managed to continue their schedule later on the day.

* Primary and secondary schools on the island of Skopelos are closed on Thursday, Dec 1, by decision of the mayor. The decision was reportedly taken as the area is affected by extreme weather phenomena (heavy rainfall, gale force winds up to 8 Beaufort, very low temperatures) which will continue until the evening hours of Thursday and with the aim to ensure the safety of students and avoid accidents.