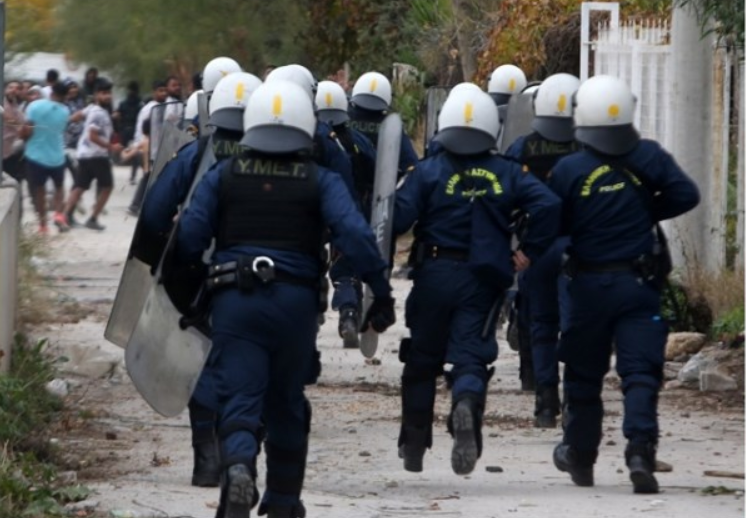 Large-scale police operations with dozens of police officers and special units have been taking place in Roma camps in western Athens since Thursday morning following ongoing riots over the shooting of a 16-year-old Roma boy by a policeman.

They search houses in order to identify and arrest rioters and perpetrators of an arson attack of a public bus following the incidents on Wednesday night. 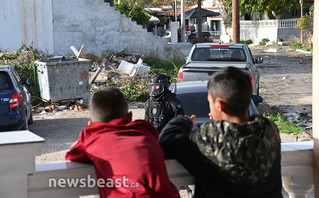 Members of the Roma community are in uproar after the shooting of 16-year-old Roma boy Costas Fragoulis by a policeman in Thessaloniki to whom they attribute a “racist motive.”

After a surgery where the bullet that struck him in the back of his head was removed on Monday, the victim remains still in very critical and according to doctors “irreversible” condition in the ICU of Ippokrateio hospital in Thessaloniki.

According to a forensic examination by prosecutor’s order, the victim has suffered very serious head injuries.

Angry Roma have been staging protests in several parts of the country in incidents that easily get out of control.

Wednesday night in Menidi, protesters set a public bus on fire and reportedly attacked a second one with stones causing serious material damage and breaking the windows.

Other groups raided a store selling tires in Aspropyrgos and set it also on fire  resulting in a cocktail of dangerous fumes due to the burning tires.

Authorities sent an message via <112> to residents of the area urging them to stay inside due to health risks. 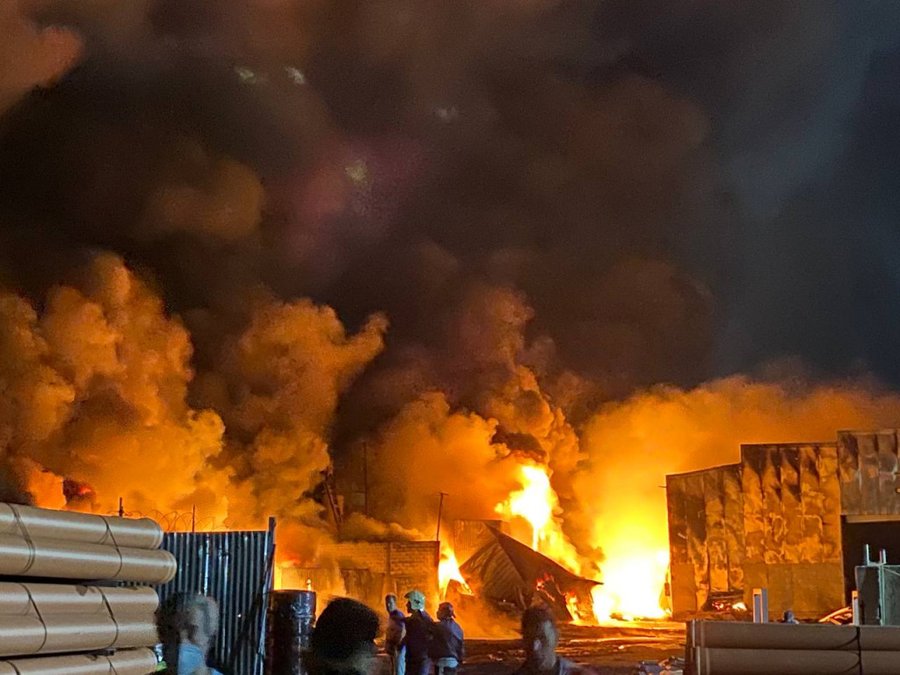 There are reports from west Athens and Thessaloniki suburbs that the angry crowd has beaten persons who happened to be on their way.

On social media, there are calls for a large gathering outside the court in Thessaloniki on Friday morning, when the arrested 32-year-old policeman be brought to prosecutor to testify.

The police officer of DIAS units on motorcycle was arrested right after the incident on Monday morning. 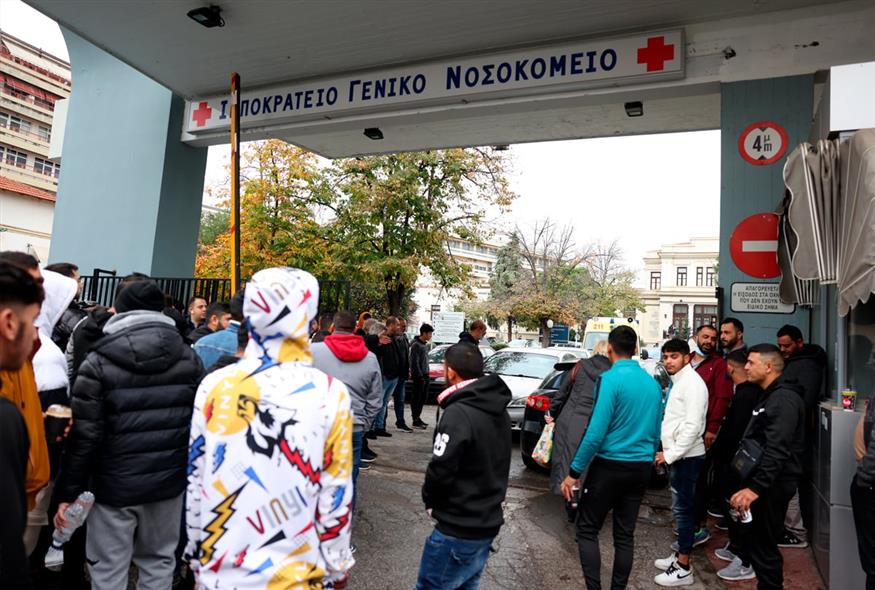 While the victim’s family, relatives and friends are waiting in agony any information about the fate of their beloved son outside the hospital, some told media that ” we will take the law into our own hands” in case the policeman is not punished.

Leading members of the community met with police unionists in Thessaloniki on Wednesday in an effort to find ways to diffuse the explosive atmosphere.

According to media reports, Roma groups are already heading to the city in northern Greece from other parts of the country. 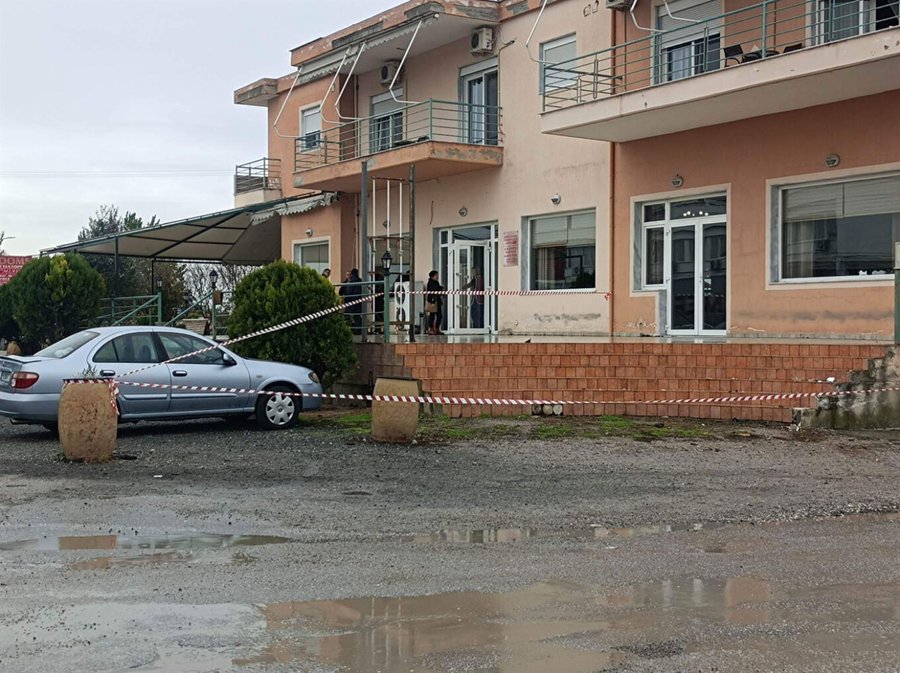 In addition to the policeman’s testimony, investigation continues as a second bullet was found yesterday reportedly stuck in main entrance door of a hotel. near the area where the shooting took place. The bullet was found by the hotel owner.

The incident started when the victim tanked his father pick up truck and left without paying the amount of 20 euros. The gas station worker reportedly informed accordingly the four policemen who were apparently taking a break and were inside the station.

They got on the two motorcycles and started the chase of the pick up for about one kilometer.

In first interrogation, the perpetrator claimed that the pick up truck tried to ram one of the DIAS motorcycles. He claimed he first shot in the air and then at the tires of the truck to immobilize it.

The bullet aiming at the tires, however, stuck the victim on the back of his head.

The bullet from the hotel has already been received by the Criminal Investigation Service and is being examined if it had a similar trajectory to the one that wounded the 16-year-old in the head.

If this is proven it will automatically mean that the accused police officer did not fire a warning shot in the air to stop the vehicle, noted news website,

The lawyer of the victim’s family speaks of an attempted cover-up by the police.

Lawyer Theofilos Alexopoulos argued that the shot was “a direct neutralization shot.”

“We know the police narrative. When there is an official announcement by ELAS, which only mentions the embolization but not the fact of the serious injury, we are talking about an attempt to cover up”, the lawyer stressed.

It is recalled that the side of the family filed a representation of civil action.