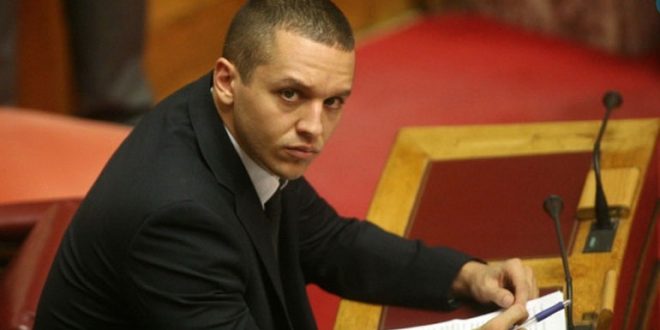 Greek authorities are investigating how ex-Golden Dawn MP Ilias Kasidiaris has been able to launch a new political party and run a moderately successful election campaign from the maximum-security Domokos Prison.

Despite restrictions on communications, the convicted neo-Nazi has 122,000 followers on YouTube – his main campaigning tool – and another 35,000 on Twitter, among other platforms.

He was banned from Facebook in 2013 for hate speech. Daily Kathimerini is waiting for a response from YouTube to an inquiry as to why he has not been banned from there too.

What is interesting is that convict Kasidiaris has been communicating with his supporters via social media in the last 2 years.

He had his cousin with the same name, Ilias Kasidiaris, to take over his own political parties “Ellines” (Greeks) for obvious reasons.

Now the conservative government New Democracy is trying to push a last-minute legislation to ban parties set up by convicts to run for elections.

The legislation will provide for a ban on participation in elections for parties led by persons convicted of membership in a criminal organization or their stooges.

ND is determined to prohibit the entrance of a neo-nazi formation in the Parliament.

However, opposition parties insist on modifications in the law to avoid opening the Pandora box in the future.

Such a legislation needs 3/5 of the 300 lawmakers in the Parliament.