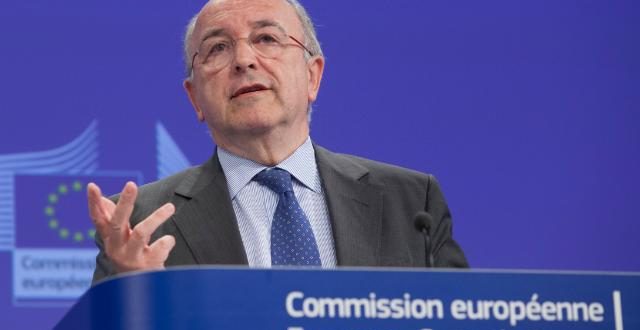 “The bailout programs paid insufficient attention to the underlying needs of the Greek population,” independent Evaluator Joaquín Almunia saidn among others in a report presented at the Annual Meeting of the European Stability Mechanism Board of Governors on 11 June 2020. The Governors assessed the report’s findings and recommendations and will decide how they can be appropriately followed up to improve future programmes.

The report, published on Thursday (11 June), was led by former EU Commissioner Joaquin Almunia. The Spanish socialist was tasked by eurozone finance ministers in February 2019 with conducting this assessment. The ministers are also the governors of the European Stability Mechanism, the eurozone’s bailout fund.

Almunia said on Thursday that the support provided to Greece had helped to keep the country in the euro area, preserve the integrity of the currency union and support the stabilisation and growth of the Greek economy.

“At the same time, Greece and its citizens suffered the consequences of eight years of very hard economic adjustment,” Almunia added.

The report further increased the “concerns” for setting up bailout programmes with the proper design, having in mind social priorities, the right governance and transparency, he told reporters during a video press conference.

The 167-page document also included recommendations for future programmes that will help the ESM to enhance its ability to tackle future crisis, Almunia added.

The €204 billion aid given to Greece since 2010 by its eurozone partners, via the ESM and its predecessor, the EFSF, helped to prevent the country’s exit from the eurozone (Grexit) and restore its financial stability. But those primary objectives were fulfilled “at a considerable financial and social cost”, the report concluded.

Part of the difficulties derived from the lack of a common diagnosis of the Greek problems between Athens and its creditors, which “reduced chances of a durable success.”

In addition, the Eurogroup and the institutions (European Commission, ESM, European Central Bank, International Monetary Fund), responsible for designing and implementing the programmes, paid “insufficient attention to the underlying social needs of the Greek population.”

One of the problems flagged by the report, and constantly voiced by Greek officials in the past, was that the strict fiscal targets imposed by the creditors were damaging for the country’s economic growth.

The fiscal targets were “not conducive to inclusive growth, and lacked a long-term economic outlook,” the report said.

The report also noted important flaws at the operational level. For example, communication was not successful, as the reforms and their benefits “were not well explained” to the Greeks. [full report on Almunia’s report on euractiv.]

PS That’s right. Had they explained to us, Greeks, that cutting income by 50% or scrapping income at all, was for the sake of our future benefits, we would have been able to survive 10 years without food and water. Or even 20 or 30…?