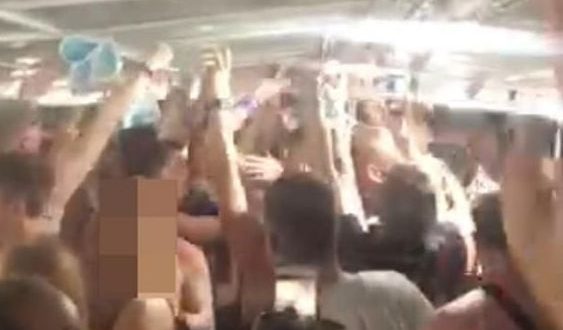 “Dozens of drunk British tourists ignore social distancing to pack onto a Zante (Zakynthos) party boat – as one admits ‘I feel so stupid’ after he and seven friends came home with Covid-19,” report UK’s media and express their anger about the young Brits who ignore all kinds of measures against the coronavirus. Tourism businesses on the island of Zakynthos are highly frustrated too as the wild parties with Brits increase the spread of the coronavirus and then the tourists return home and are tested positive. 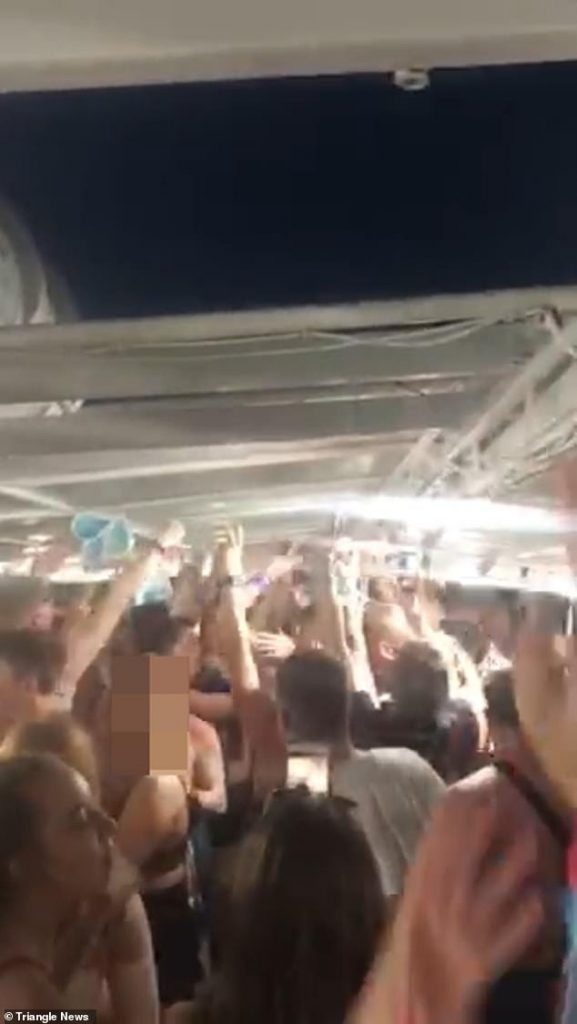 No one is wearing a mask, while bare-chested revellers wave sweat-soaked shirts over their heads as they bellow out football songs while sailing for several hours in the Mediterranean Sea, notes UK’s Daily Mail that has a special report from such a party.

A shocking video footage shows dozens of party-goers piling onto a Greek boat. Singing and dancing, the tourists ignore social distancing as they cheer and clap.

One of them later admitted feeling ‘stupid’ after catching Covid-19. The 20-year-old warehouse worker is now self-isolating in his bedroom in County Durham as he lives with his 77-year-old grandmother.

In the footage, obtained by MailOnline, the holiday-makers appear to hug and dance with strangers as they defy rules designed to prevent the spread of the potentially fatal virus.

No one is wearing a mask, while bare-chested revellers wave sweat-soaked shirts over their heads as they bellow out football songs while sailing for several hours in the Mediterranean Sea.

Τhe Greek authorities put new rules in where you can’t stand up in clubs anymore, but there were people standing and the clubs were getting fined so they started shutting earlier.

‘It wasn’t that strict. The clubs were packed. People go to the beach afterwards because they want something to do and there are hundreds and hundreds of people.

The DailyMail report over the Brits on Zante was on all Greek media and websites on Friday.

This is not the only one incident of crowding on the island of Zakynthos. Local media have been uploading footage of parties with over 25 people on hotel balconies where gatherings with no more than 9 are allowed due to extraordinary measures on the island.

Other footage show brawl and crowding at parties on the streets and at the Zante beaches, after the bars and clubs close down at midnight.

“Such scenes are daily on Laganas,” writes local zantereport and stresses that the following evening there was another brawl between Brits and Italians.

“Brits ignore the measures against the spread of the coronavirus and have fun,” notes local media imerazante on the latest video from Laganas.

Businessmen in the area reportedly point out that many tourists do not comply with the protection measures, while. in contrast, they did their best from the beginning of the season to follow the sanitary protocols by the book.

The efforts of local tourism businesses to save the tourism year were almost tarnished by the dozens of articles in the British press – reproduced by the Greek media – about the return of British tourists to their homeland, who tested positive for the coronavirus, notes local news media imerazante.

For the local tourism industry and the authorities the whole situation is a double-edged sword: should police enforce the law and impose a fine of 150 euros to everyone going around without a face mask and at the same time see thousands of tourists leave Zante en masse and thus in an economic disaster year due to the pandemic?

The tourists who returned and are found positive led to measures in Wales and Scotland and have an ugly impact to the island they love to spend their vacations on.