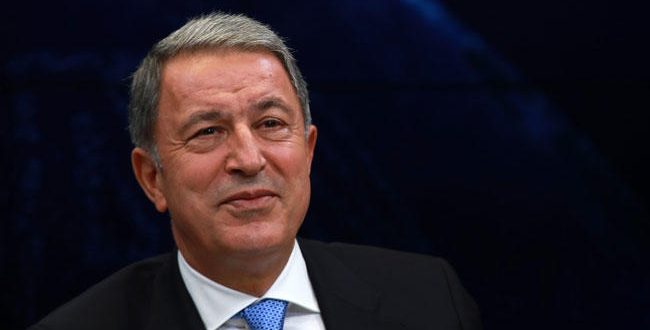 Turkey continues its lunatic rhetoric and accusations against Greece

“Despite all our well-intentioned efforts, unfortunately, our neighbor Greece continues to increase the tension with some provocative actions and rhetoric every time. We do our best to prevent this,” Akar told reporters in the capital Ankara on Monday.

His remarks came after two Greek Coast Guard boats on Saturday opened fire in the air against a ro-ro ship with Comoran flag 11 miles off Türkiye’s northwestern Bozcaada island.

“Right after this (incident), the politicians in Greece accused Türkiye of aggression. What is this, if not hypocrisy? That’s why we ask that don’t they have a mirror in their house? If they look in the mirror, they will see the truth, and maybe they will be ashamed,” Akar said.

What Akar did not say it that the ship, the former famous vessel Mavi Marmara, was moving without a specific plan, it did not respond to the calls of the Greek Coast Guard and it moved towards the Turkish coast, while the Greeks informed and warned the Turks accordingly.

However, it is not only Akar who fills up the brain of nationalist “spirit” in his country with whatever claims and lies come sin his mind.

“It is unacceptable for Greece to want to transform the Aegean Sea into a Greek lake,” Sentop said to his counterpart from Malta..

“The rhetoric and provocative actions of our neighbor Greece have now become a threat to the nation of Turkey,”the Speaker said, among others.

PS and  this “others” is too dumb to translate it or even copy paste it.