Boiling from anger and seeing with envy the Greek-Israeli rapprochement , it seems that our friend and neighbor Turkey is keen to create new conditions in the Aegean Sea and Eastern Mediterranean Sea – it jumps  young and boldly  there where it is not asked to be. Not only a Turkish frigate ordered an Italian research vessel away from the area a week ago, now Ankara issued a notice to mariners through NAVTEX for a vessel in waters outside of its jurisdiction. Target of Turkye’s sneaky and vicious Aegean ambitions is again the Italian research vessel Explora currently operating in the sea area south of Kastellorizo island for a marine survey towing a sonar cable between Italy and Israel.

As the MV Explora is performing additional work in Greek maritime jurisdiction, Athens issued a notice to mariners through the NAVTEX system. Odd enough Ankara issued a similar notice on Explora as well! No need to mention that Explora has acquainted permission by the Greek authorities and not by Turkish ones.

Now Greece has submitted a protest démarche through its diplomatic representation in Turkey.

“This notice of Turkey against the rules. Turkey has no jurisdiction over the area, ” Greek FM spokesman Grigoris Delavekouras told reporters earlier today. “Such actions that do  not rely on the rules of international law can not have legal consequences. They do not affect the Greek rights that are  based on international law. Our country acts solely with the provisions of the Law of the Sea and the UN Charter and shall take all  necessary action to defend our sovereign rights.”

It makes one wonder to see Ankara pushing the edges, just hours before it joins the allied forces against Libya and patrols side by side with its NATO partner Greece. Is Ahmed Davutoglu up to create a new conflict within an ongoing conflict? 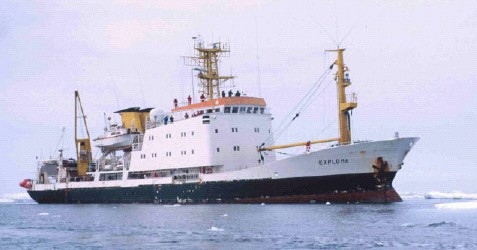