Don’t be surprised if you see your electricity bills gone up again.  It’s not only because the emergency property tax 2012 will be tagged in the August bills sent but Greek Public Power Company (DEH). It is because Energy Regulatory Authority has decided to increase the fees for Renewable Energy by 47 percent.

Greece’s Regulatory Authority for Energy (RAE) decided to increase the fee for renewable energy sources from €5.5 to €8 in order to cover the deficit of the market operator. A deficit that exceeds 400 million euro. And permanently grows due to the increase of the photovoltaic systems.

The fee increase will be retroactive as of August 1, 2012. The responsible ministry approved the increase. 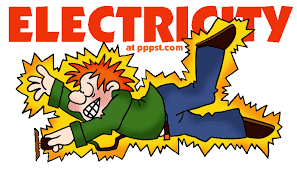 The Ministry for Environment and Energy has decided anyway to launch a package of measures that is expected to hit the photovoltaic market in Greece. As usual, the originally as “revolutionary innovation project” supported by the government fades away a couple of years later due to bad management, bad deals and wrong-ceoncepts of investment.

According to Kathimerini, Greek government package will include,

-a significant reduction to the guaranteed prices for new photovoltaic projects -an extraordinary levy on operating solar systems – a tax on domestic panels –increase to RES charge on electricity bills.

“The reason the ministry is taxing photovoltaic is it needs to streamline the renewable energy sources (RES) market, which is close to bankruptcy.

“However, the photovoltaic sector is in a state of shock as the measures are expected to reverse the once-favorable environment in the market. This is based on a guaranteed price that is 30 times higher than that in Germany, which has much fewer sunshine hours than Greece. This explains the great growth in the sector in Greece, which amounted to 61 percent year-on-year in 2011.”

The electricity price was fixed by the Greek government – it was just an effort to push more and more people to photovoltaic panels.

The sector asked for the intervention of the prime minister to avert measures that would affect existing investments and hamper development. Reaction focuses on the taxation of operating systems and on a considerable reduction in new contracts. Photovoltaic producers have also presented data showing that their sector is not responsible for the deficit of Operator of Electricity Market (LAGIE).

Daily Ethnos  recently reported about the bad economic situation of PPC due to debts by consumers. And that PV-electricity producers threaten to sue Regulatory Authority for Energy because “LAGIE owes them 100 million euro” and does not pay them at all.

The blames go from one operator to the next and all together blame the state, precisely the Finance Ministry, for tagging the emergency property tax on the electricity bills. PPC-customers simply refused to pay their obligations leaving PPC with a black hole of  more than 2 billion euro.

Until the several disputes are settled, the Government grabs the same old recipe: Get every PPC subscriber to pay an additional fee of  2.50 euro…

And at the very end photovoltaic current will be more expensive that PPC electricity. More or less the same happening with Natural Gas bills, subject to permanent hikes through extra fees and increased taxes.

PS What? Your income is decreased but prices increase? That’s the internal devaluation, the IMF promised us long ago…