Creditors want permanent austerity – till the end of Greeks’ days

Did the Euro Working Group give ultimatum No 2,456,979,579 to Greece to comply with creditors’ additional austerity demands? It is not clear. Some European Commission “unnamed sources” told Reuters “it did”, others say “it did not.” Greek media reported that “Greece had 6 working days to present convincing measures that the Brussels Group will approve by April 21-22, so that the Eurogroup will make its decision two days later.

The Euro Working Group meeting on Wednesday allegedly saw “a little progress” and insists that Athens keeps on working on the “reforms” – call me: additional austerity in terms of further cuts in public spending, cuts in pensions, Value Added Tax hikes, mass lay-offs and whatever else the creditors think they could squeeze out of the country and the citizens.

From the Greek side there was a strong statement that liquidity is getting really bad and there was an appeal to release some type of liquidity support before the euro zone finance ministers’ meeting on April 24,” a euro zone aide said.

“But no one knows how this could be done – there is no willingness to provide support before there is some progress in terms of the reform programme,” the official said.

There was a slight improvement in technical cooperation between Greece and the lenders, but little progress on the content of the reforms.

“We are still lacking detail on specific measures, especially in terms of their fiscal implication and time is getting very short — decisions should be made on April 24 which is the next meeting of the Eurogroup in Riga,” he said. (Reuters)

It seems that the lenders want permanent austerity measures and therefore do not fancy Greece’s proposals like revenues from tax evasion and tax avoidance, which they consider one-off measures.

But the coalition government has strict red lines. Speaking to Bloomberg, Finance Minister Yanis Varoufakis said among others:

The Greek side has reportedly raised the reforms target from €6.1 billion to €8.5 billion but claims have it that the Greek team has to present additional measures by next Tuesday with the total reform package reaching €10 billion.

Apparently the lenders have calculated that in order to reach a primary surplus Greece has to have permanent austerity with Greek citizens to keep pouting money till the end of their days, whether they have it or not.

Much to my knowledge “primary surplus” is been achieved through “growth”. But a bunch of creditors believe I am wrong. 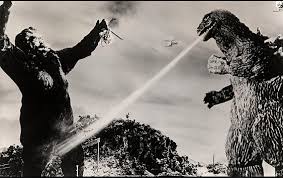