Migrants and refuges in Malakasa accommodation center launched a protest demanding better  the living conditions amid polar cold sweeping through out Greece.

Several groups moved tents out side the camp, set them on the road and threatened to set them on fire. 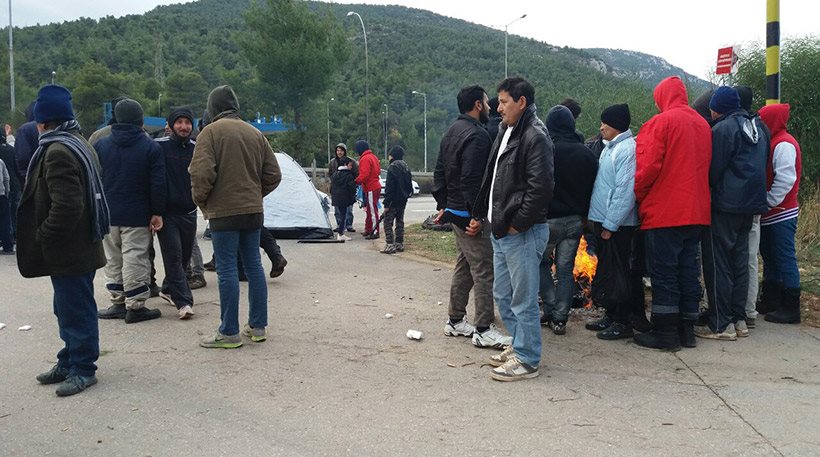 The cold weather front that has been sweeping through Greece for the last three days had not only Greeks who cannot afford heating suffering.

According to newsit.gr, the ministry has promised to set up 200 containers with heating devices by the end of the week for the refugees in Malakasa.

The Ministry reportedly seeks urgent solutions that at least families with children be accommodated in hotels until the containers are set up.

Ten of thousands of refugees and migrants stranded in the country, the majority of more than 60, 000 people, children, women and men had to spent the recent days and nights inside …summer tents, exposed to freezing temperatures, snow and rain and strong winds. 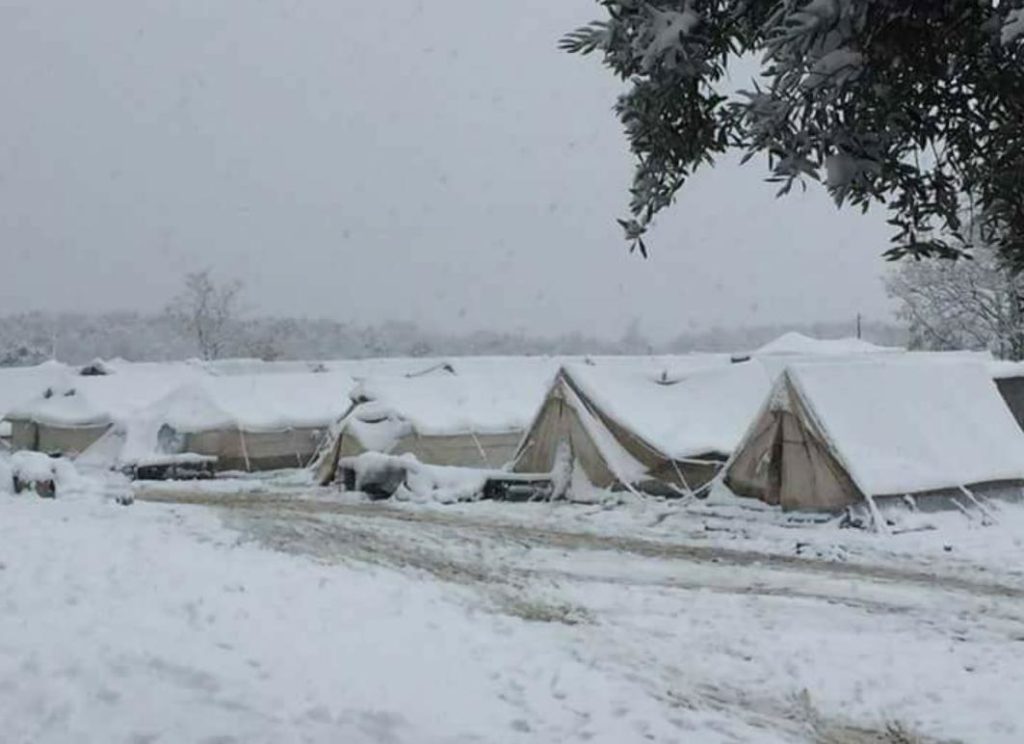 A volunteer of the NGO Collective Calling uploaded shocking pictures and made a dramatic appeal on Wednesday for the Yazidi refugees hosted in the Petra camp in the foot of the Mount Olympus. 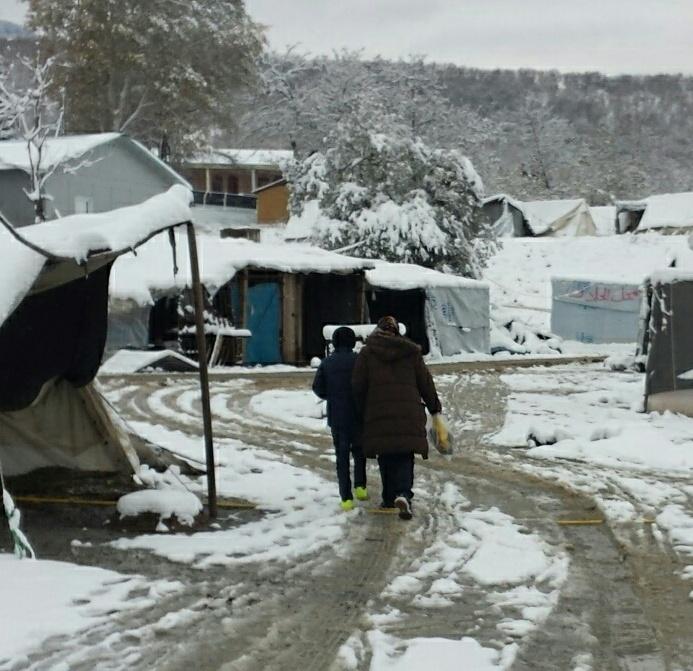 Refugees feet are cold and wet! Pray for the refugees at Petra site #RefugeesWelcome 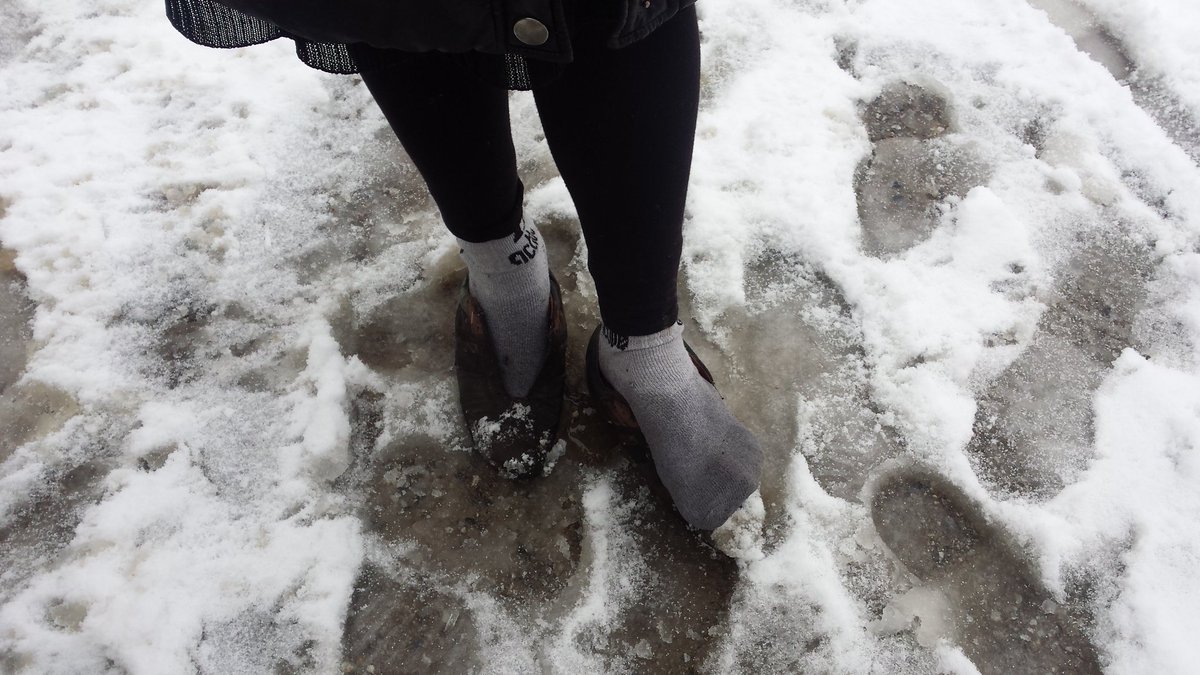 The camp has been run by the UN High Commissioner for Refugees. 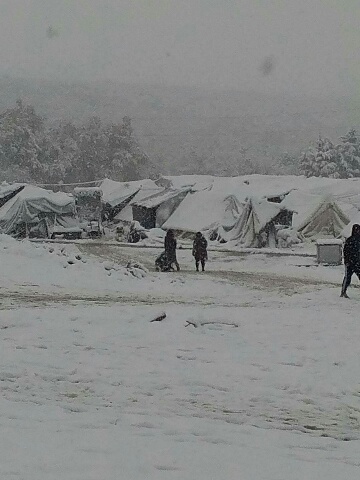 It has been unclear how many people were in the camp; some media speak of some 1,200 men, women and children, other of 240 people.

After the multiple appeals for help, a huge operation in cooperation of municipality and other bodies was set, the refugees were relocated to Thessaloniki.

Petra Site has now been completely relocated. An emergency evacuation took place and everyone inc military did a great job #RefugeesWelcome

The ice-cold grab made life for refugees and migrants more miserable than it already is.

Equally bad are the conditions for the refugees and migrants in and outside Souda on the island of Chios. 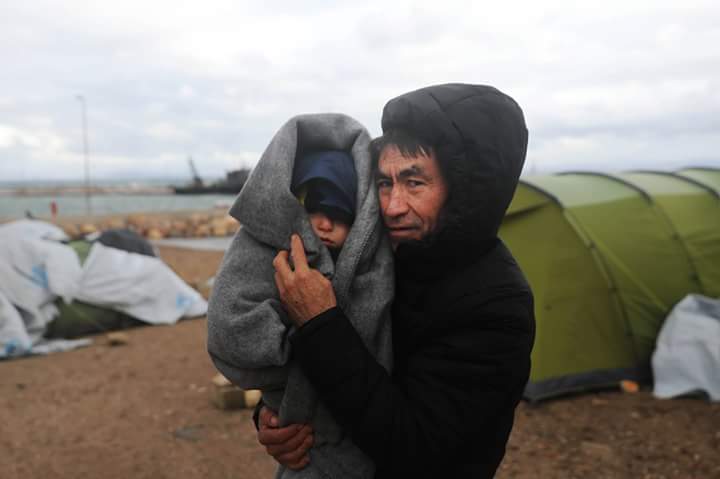 Gale-force winds tore down several tents, leaving some 200 refugees without a …cloth over their head. 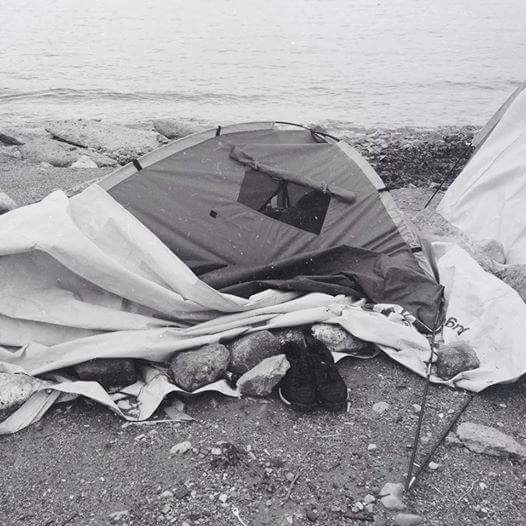 Later some efforts were been made that the people were relocated in a more protected area.

A report on local media was noting yesterday that “four churches had refused to host the people form Souda beach in their premises citing “operational reasons.”

NGOs, solidarity groups and aid workers gave been calling on the government to improve the living conditions stressing that their lives are at risk.

I read on a newspaper website that the migration ministry had ordered 850 heating devices for the Malakasa camp. They have not arrived yet. 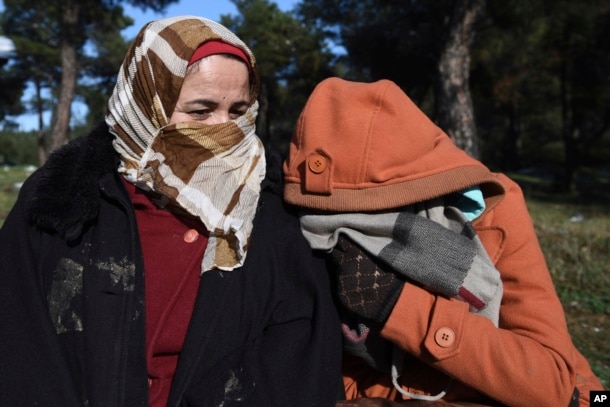 Despite the harsh weather conditions, refugees and migrants keep arriving in Greece.

On Wednesday, Greek authorities picked up about 70 migrants, including children, in a snowy forest near the northern city of Thessaloniki.

“We stayed all night in the forest. It was very cold and it was snowing,” 22-year-old Syrian Omar Abdi Aziz told The Associated Press by telephone.

Members of the group, who said they were from Syria, told Greek police they had crossed the Evros River on the Greek-Turkish border in dinghies and were then brought to Thessaloniki hidden in a truck.

The truck driver left them in the forest late Tuesday, and they spent the night there in the snow, authorities said.