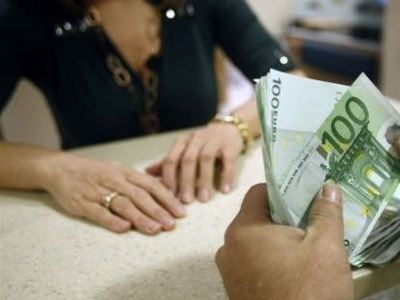 European Investment Fund on Thursday signed four funding contracts with Alpha Bank and Piraeus Bank to channel 420 million euros to more than 2,000 small- and medium-sized  enterprises – SME enterprises-  in Greece. The signing of these contracts was made with the support of European Strategic Investments Fund, the central pylon of the Investment Plan for Europe, introduced by the European Commission (Juncker Plan).

The contract signed on Thursday will allow the two banks to offer loans with significantly reduced collateral requirements in the framework of a European Commission COSME program.

Banks will also support innovative enterprises in the framework of a European Commission initiative “InnovFin” supported by the “Horizon 2020” program.

The signing ceremony was held during a conference on the funding tools available for the development of SMEs in Greece, organized by the European Commission and the Greek Economy and Development ministry.

European Investment Fund managing director Luigi Gilibert said the contracts signed with Alpha Bank and Piraeus Bank confirmed once more EIF’s will to support Greek enterprises. In less than a year, European Strategic Investments Fund will allow EIF to support a loan portfolio of more than 1.0 billion euros to Greek enterprises. Access to funding remains a significant problem for several companies and the four guarantees offered in the framework of COSME and InnovFin programs will create investment opportunities for Greek SMEs, he added.

George Aronis, deputy CEO in Alpha Bank, said the agreements signed were a significant step towards the recovery of Greek entrepreneurship and economy, further strengthening the long-term and constructive cooperation between Alpha Bank and EIF.

Elias Milis, managing director in Piraeus Bank, said the bank has set as top strategic goal to support Greek enterprises to help the restart and growth of Greek economy.

Alexis Charitsis, Economy Alternate Minister, addressing the conference, said disbursement from an escrowaccount will begin in May and announced that a Entrepreneurship Fund II -currently underway- will fund enterprises with loans and guarantees. The Fund will have an initial capital of 400 million euros, with the aim to reach 1.0 billion euros through leverage.

“We support SMEs” Charitsis said, adding that the small size of Greek enterprises could proved to be a significant advantage in today’s international environment of focused products and services and specialized markets. He urged, however, SMEs to forge strong interconnections and synergies between them, creating cooperative, business groups and sectorial systems cable to produce scale economies to compete in international markets. “A close and organized interconnection of all activities from primary production until manufacturing and product distribution to markets is needed,” Charitsis said.

Constantinos Mihalos, president of the Central Union of Chambers and the Athens Chamber of Commerce and Industry, urged for support to healthy SMEs, currently facing difficulties in raising moving capital and to refinance their debts.

Addressing the conference, Mihalos said absorption of available funds is low compared with the needs of Greek SMEs and called for a strengthening of an existing regulatory framework for the development of alternative funding sources through specific incentives for small and medium-sized investments. (Amna via ERT.gr)