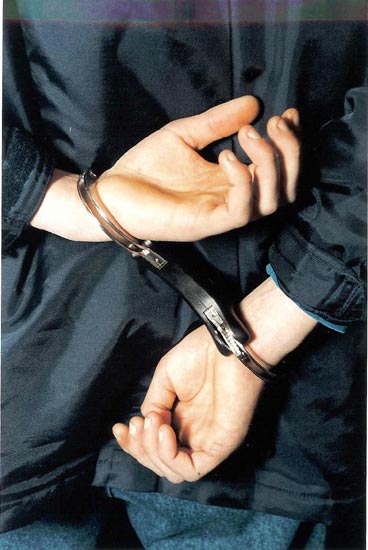 Greek police dismantled a human trafficking ring involved in the transport of migrants to European Union countries as well as to Canada. Twelve people in total were arrested in an operation that took place May 30-31 in three cities Athens, Thessaloniki and Katerini.

Among the arrested are five Greeks, four Pakistanis and one Afghan. A Greek and a Bulgarian, who were already in custody, were identified as the ring leaders.

The Pakistanis and the Afghan were supposed to travel to abroad.

The human trafficking ring would transport migrants from Turkey to Greece via the Evros river at the borders between the two countries. The ring would then forward the migrants outside Greece either via the “Balkan route” or even through flights from the airports of Athens, Heraklion (Crete) and Lesvos. Members of other trafficking rings would transport the migrants from FYROM to the final destination.

Police estimated the illegal activities started two years ago and that more than 200 people were transported outside Greece.

Using the Balkan route, the majority of migrants reached Austria.

For transferring their illegal profits abroad the members of the human trafficking ring would use the so-called “Hawala” system and a store in Athens.  Hawala a traditional system of transferring money used in Arab countries and South Asia, whereby the money is paid to an agent who then instructs an associate in the relevant country or area to pay the final recipient.

During the operation police raided several homes and shops in downtown Athens and confiscated among others at 17 passports and ID cards, 24 mobile phones, 3 laptops,  1 hand gun, 1 hunting rifle, 2 magazines and 35 cartridges, one vehicle, 3.400 euros in cash and several devices and machines essential for issuing fake travel documents.

The operation came to effect after the cooperation of Greek Migration police, the Europol and  authorities against the organized crime in UK.