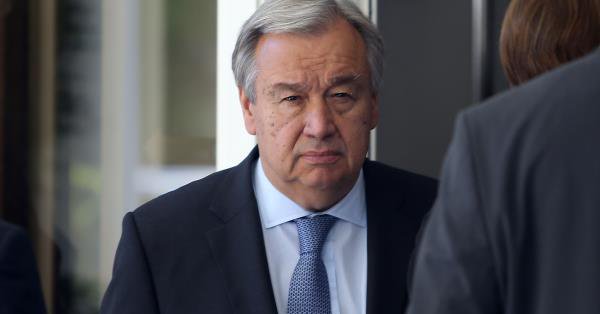 Talks to reunify the divided island of Cyprus collapsed amid anger and recriminations in the early hours of Friday, marking the end of  a 10-day long process in Crans-Montana, Switzerland. The United Nations had said that the talks in July was the “the best chance” for a deal to end the decades-old conflict. It was not the first attempt to reach an agreement and find a solution to the problem. It may be not the last one.

“I’m very sorry to tell you that despite the very strong commitment and engagement of all the delegations and different parties … the conference on Cyprus was closed without an agreement being reached,” United Nations Secretary-General Antonio Guterres told a news conference after a stormy last session. A session marred by yelling and drama.

Guterres finally called a halt at 2 a.m., his impromptu press conference lasted lasted only three and a half minutes.

The collapse marked a dramatic culmination to more than two years of a process that had been widely thought of as the best chance at reunification since the island was split between its Greek and Turkish Cypriot populations in 1974.

Guterres had flown in on Thursday to press Greek Cypriot President Nicos Anastasiades and Turkish Cypriot leader Mustafa Akinci to seal a deal reuniting the east Mediterranean island, while U.S. Vice President Mike Pence had phoned to urge them to “seize this historic opportunity”.

Diplomatic efforts to reunite Cyprus have failed since the island was riven in a 1974 Turkish army invasion triggered by a coup by Greek Cypriots seeking union with Greece.

Diplomats said Turkey had appeared to be offering little to Greek Cypriots wanting a full withdrawal of Turkish troops from the island, although the Greek Cypriots had indicated readiness to make concessions on Turkish Cypriot demands for a rotating presidency, the other key issue.

Turkey’s intransigent stance on the 35,000 Turkish troops’ stay on the island and its rigid insistence on maintaining the intervention rights and guarantees for at least 15 years until their re-examination was one of the main reasons that led the negotiations to a dead end.

During the day, it was apparent that a meeting of the Prime Ministers of Greece, Turkey and the United Kingdom could take place in New York next week provided that Turkey gave a commitment to accept the abolishment of its intervention rights and guarantees.

However, there was no agreement on the withdrawal of the occupational troops, the territorial readjustments, but also on Turkey’s claim that Turkish settlers in Cyprus should have equal treatment in Cyprus with Greek nationals who are EU citizens.

On the territorial level, the Turkish side would only accept the return of part of Morphou to the Greek Cypriot constituent state, in an agreed federal solution.

Furthermore, Turkey wanted any agreement reached to become primary law of the EU while it insisted on equal treatment of Turks in Cyprus with Greeks residing on the island after a political settlement. 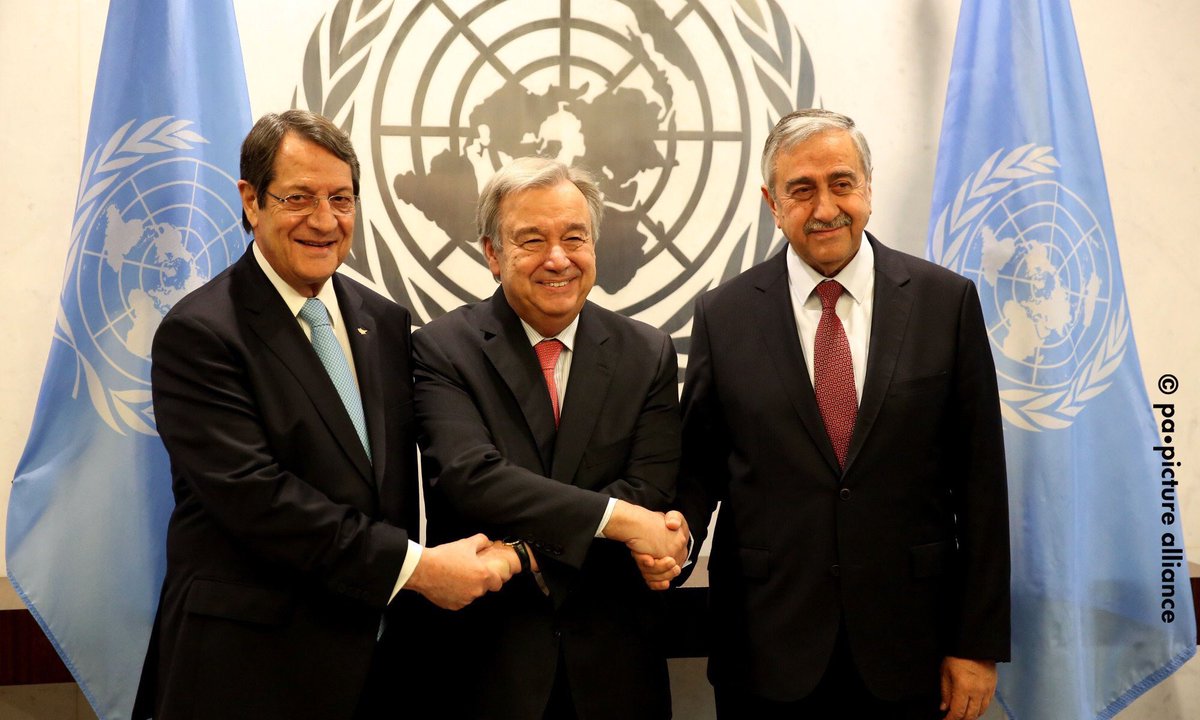 “Unfortunately… an agreement was not possible, and the conference was closed without the possibility to bring a solution to this dramatic and long-lasting problem,” Guterres said.

“That doesn’t mean that other initiatives cannot be developed in order to address the Cyprus problem,” he added.

Guterres declined to elaborate on what exactly had caused the collapse, but said there was still a wide gap between the two delegations on a number of questions.

Without a fallback option, it was unclear what, if any, peace process could continue. Reunification attempts have always been under the umbrella of the United Nations, which has one of its longest-serving peacekeeping forces on the island.

Turkish Foreign Minister Mevlut Cavusoglu, who with his Greek counterpart Nikos Kotzias had been attending the peace talks at the Swiss Alpine resort of Crans-Montana for a week, spoke of different options.

“This outcome shows the impossibility of reaching a settlement within the parameters of the Good Offices Mission,” Cavusoglu wrote on his twitter feed, using a term referring to the UN.

“No use in insisting on them.”

Greek Cypriots pointed the finger of blame at the Turkish side.

Nicos Christodoulides, spokesman for the Greek Cypriot government, said Turkey had refused to relinquish its intervention rights on Cyprus or the presence of troops on the island.

“Tonight’s development is in no way positive, but it is not the end of the road either,” he said, without elaborating.

Greek Foreign Minister Nikos Kotzias said “the prospect for a solution to the Cyprus issue is still open.”

UK Minister for Europe Alan Duncan expresses disappointment following failure to reach a deal. In a statement, Duncan said “This is a disappointing outcome. The UK continues to be a strong supporter of a settlement. Now is a time for calm reflection and consideration of future steps. The commitment of the UK to a deal on Cyprus remains unwavering.”

PS troops of a non-EU member in an EU state? foreign guarantees? It is clear that Turkey does not want a solution. But also UN G.S. Guterres proved to fall below expectations.