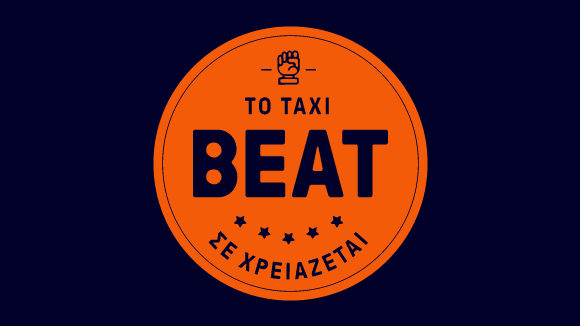 Mmmm… this is the kind of innovation SYRIZA claims to love and promote If it only doesn’t collide with the long established and powerful unions. A good old Greek practice that brings votes  and secures power. Out of the blue (?), the Transport Ministry in Athens decided to draft a legislation that will restrict the operation of tax services like the Beat Application founded by the Greek start-up Taxibeat.

Among other the legislation will demand that companies offering taxi services obtain a state license and do businesses only with licensed taxis. This will hit more taxi services like Uber.

Companies offering taxi service via telephone or e-applications will be considered to have a main economic activity in the “transportation of passengers.”

But it will also enforce companies offering online taxi services to sign 3-year contracts with the  cab drivers, the number of taxis should be at least three.

This regulation will turn the online platforms and e-application companies into full transportation companies whereas they are just mediators of a service.

At the same time, the draft bill contains regulations that will prohibit rent-a-car companies from offering services that will incl a driver.

Those not abiding with the new regulations will be fined with 50,000 euros – and up to 100,000 euros if caught for a second time. Cab drivers can be punished with 2-year withdrawal of his driving license.

Vehicle owners who will cooperate with not officially licensed taxi services will face a fine of 5,000 euros.

Taxi owners complained about the commission they pay to the Beat Service. A member of  Attica Taxi Motorists Union SATA told media that they are charged with 5% commission initially. the commission rises to 12% for 300 routes via the service.

In an unprecedented, angry statement on Facebook, the SATA directly attacked the TaxiBeat founder and compared the taxi drivers with “whores at the windows of Amsterdam” thus insulting the estimated 8,000 drivers who cooperate with the Beat.

“The man who became rich from the sweat of the taxi drivers, who exposed them to the common view to customers, as if they were prostitutes in the Red Light district of Amsterdam, wants to have a saying in the legislation. He represents whom? The multinational company that bought his company? He himself? The Greek taxi drivers?”

The SATA says further that the charge is settled by the Greek Transport ministry and there cannot be discounts or increases. They accused the Beat owner “Mr Dandrakis” of “unfair competition” as they wrote – although his name is Drandakis.

According to daily TA NEA, the “voters seeking” draft was recently presented to Prime Minister Alexis Tsipras in the presence of Thymios Lymberopoulos, the chairman of  the Greek Federation of Taxi Owner (POEIATA). Lymberopoulos used to be a supporter of New Democracy.

Founder of Taxibeat, Nikos Drandakis, has described the legislation as “direct attack” to his company and threatens to seek the legal way in local and European courts. “We do not know which problem is solved with the legislation,” he said.

He assured that the Beat App will continue to operate even after the legislation has passed through the Parliament and underlined that “the big loser will be the end customers, the entrepreneurship, the innovation and the Greek economy because of the image that the country is against all this mentioned above.”

The legislation has triggered a public outrage. An online petition initiated by Beat had collected more than 32,000 signatures within two days.

Taxibeat was founded in 2011 amid the Greek economic crisis and turned into a successful Greek start-up.its presence had taxi drivers to improve their service (condition of taxis, drivers’ behavior) respectively of whether they cooperated with Taxibeat or not.

The TaxiBeat operates in several European and Latin American countries and was recently bought by German Daimler’s My Taxi for some 40million euros. Note: The Greek Privatization Fund sold the state railways TRAINOSE to the Italian State railways for just 45 million euros.

Critics claim the legislation aims concessions to the powerful taxi union that has lobbied for barriers to such services like Beat and Uber.

(TaxiBeat offers an online service according to which customers can order a taxi on 24 hours basis but also evaluate the the cab driver and the service.

“I will put the taxi sector in order,” Transport Minister Christos Spirtzis (former PASOK) said in a statement uploaded on his website and ‘warned’ supporters of the Beat (incl some mainstream media):

“Whether some want it or not, we will finally put in order an area that was deliberately left by previous government without control in order to serve specific interests.”

To tell you the truth I do not fully understand the problem of the Transport Ministry and the Taxi unions with the Beat application or any other taxi services like Taxiplon, as they cooperate with licensed taxis. Is it the commission they have to pay to the mediators?

Is it that taxi owners felt they lost control of a sector they had firm in their hands for decades? and saw revenues decreases also through the economic crisis?

Is it the ambition of the left-wing government to have the economy under tight control through synergies and other socialists features?

Greece’s creditors have been trying to open the closed profession of taxi drivers since the first bailout agreement in 2010. But creditors do not know that powerful unionists lobbies are huge pools for voters. Therefore, SYRIZA and the former PASOK that joined the SYRIZA will close the profession again.

PS In this pace I “see” the government to soon demand from Facebook and Twitter to hire the Greek users of social media. It is certainly a clever way to lower the unemployment rates in this country.