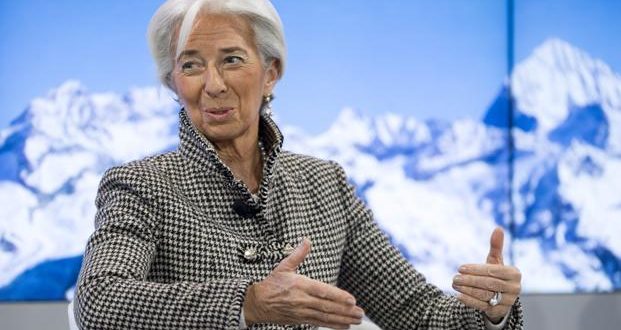 Pensions in Greece were too high and had to be regulated, Managing director of the International Monetary Fund, Christine Lagarde, said at the world Economic Forum in Davos on Wednesday. To cut pensions was a “difficult political dilemma”  she added.

“In case of Greece, pensions were significantly higher than in any other EU state, regardless of whether they were small, medium or large. They were much higher and the issue had to be dealt with,” Lagarde said.

“What counts now is: What is the necessary limit for the safety net? What is the threshold beyond which you protect pensioners?” Lagarde asked but failed to give an answer to her own apparently pure rhetorical question. Neither did she bother to explain why not just the highest pensions were cut but the cuts were made horizontally across all levels: whether small, medium or large. Neither did she gave an explanation as to why the IMF put pressure to cut the poverty allowance (EKAS) to thousands of low-pensioners.

Alexis Tsipras is to meet with Lagarde and Moscovici in Davos later on Thursday.

PS I suppose, Lagarde will be seeking the answers to her complacent questions about the limit of pension cuts digging holes in the neoliberal snow of Davos.