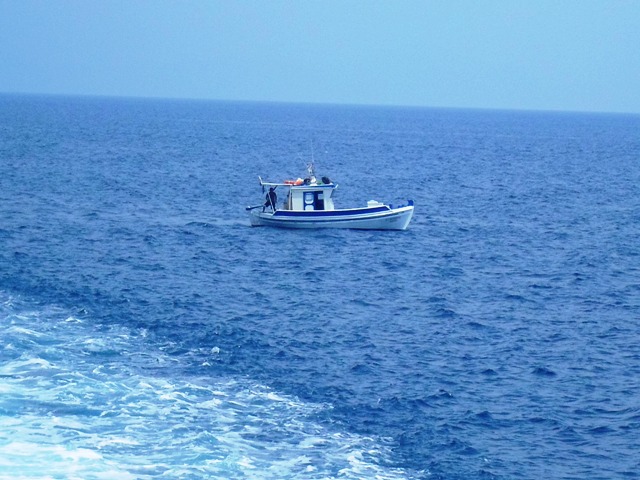 Expats report about living in Greece: Story by Rob Johnson

Can visiting or permanently living in Greece change your life? Do you feel at home here or have problems with the different way of Greek culture? What are the biggest challenges a foreigner has to deal with when on short or long term visit? KTG asked its readers to submit their own stories. Here is the story by Rob Johnson.

When my partner Penny and I moved to Greece fourteen years ago, the biggest challenge we faced was our inability to communicate in Greek as well as we would have liked. This was despite the fact that we’d already put in a lot of effort to learn the language, and as I’m a bit of a chatterer by nature, I found this incredibly frustrating.

During our first few months in Greece, I also developed the rather bad habit of pretending to understand almost everything that was said to me  even though I barely understood more than one word in ten. I’ve absolutely no idea why I did this unless it was for some subconscious notion that it would be impolite not to understand, but whatever the reason, I’d nod sagely and throw in the odd word I did know like naι (yes) and entáxeι (okay) and even katalavaíno (I understand) while someone rattled on incomprehensibly at us in Greek.

Penny pointed out that this wasn’t very sensible since I could possibly have been agreeing to all kinds of things that we really wouldn’t want to agree to. I knew she was right, of course, but it didn’t stop me repeating the same sort of charade on several subsequent occasions. The only difference now was that Penny would wander off after my first couple of nods and an entáxeι and leave me to it. And that’s exactly what she did seconds after we bumped into Pavlos in a local supermarket.

This was about six months after he’d come to tow away a dead tractor from our land soon after we’d moved in, and we had quite a lengthy – if very one-sided – “conversation” in Greek. From the odd few words I was able to pick up, it was something about the tractor, although admittedly this wasn’t especially difficult since the Greek word for tractor is traktér.

I caught up with Penny after Pavlos and I had finished our little chat, and she inevitably asked me what he’d been saying.

‘I’m not entirely sure,’ I said sheepishly, ‘but there’s ever such a slight possibility that he was asking if we wanted to buy our old tractor back.’

‘Oh please don’t tell me you stood there nodding and saying naι and entáxei like you usually do.’

Well, I couldn’t deny it, and it didn’t do a lot to sweeten the pill when I mumbled, ‘Um, it’s also possible that two thousand euros might have been mentioned.’

This is genuinely what I believed had been the gist of what Pavlos had said to me, and for the next two weeks or so, I winced visibly every time I heard any kind of vehicle coming up the track to our house. Mercifully, though, Pavlos never did show up with our old tractor, but I’d certainly learnt my lesson, and from that day to this, I haven’t once pretended to understand when I didn’t.

As for living in Greece changing our lives, neither Penny nor I ever expected we’d be becoming olive farmers when we decided to move here, so that’s been a pretty big change from our lives in England where the only olives come in jars or bottles.

The house that we eventually bought on the west coast of the Peloponnese came with a 20,000 square metre plot of land, and I was in a state of shock when I realised that it also included 420 olive trees.

‘But we don’t know the first thing about growing olives,’ I said to the estate agent when she first showed us round the place.

‘It’s not exactly rocket science,’ she said – or words to that effect. ‘You’ll soon pick it up.’

In hindsight, and with fourteen years’ experience as an olive farmer, I have to grudgingly admit that she was telling the truth. There really isn’t anything complicated about growing olives, but the dread of the impending harvest causes me night sweats for several months in advance. Of the various injuries I’ve sustained, I’ve been half blinded for several days after a fragment of olive leaf lodged itself in my eye, I’ve almost taken my leg off with a chainsaw, and it’s sometimes taken me up to eight months to recover from olive harvesters’ elbow. I’ve had numerous cuts, grazes and bruises from falling out of the trees, and I’ve suffered mild concussion on several occasions from bashing my head on an overhanging branch. Is it any wonder that I believe that olive harvesting is an activity which should be registered with the Dangerous Sports Association?

Olive harvesting aside, we’re sometimes asked if we ever think about leaving Greece and moving back to the UK, but our answer is always a very definite ‘No.’ We love the sιgá-sιgá approach to life, and despite the appalling effects of the austerity measures introduced since the beginning of the economic crisis, most Greeks still retain their well deserved reputation for hospitality and generosity. They also know how to have fun and to celebrate the very act of being alive, which is best summed up by a word which we Brits don’t have an equivalent for – “kefi”.

*Rob Johnson is a writer and reluctant olive farmer whose books include two comedy thrillers (one of which is mainly set in Greece) and a comedy time travel adventure (mainly set in Ancient Greece). 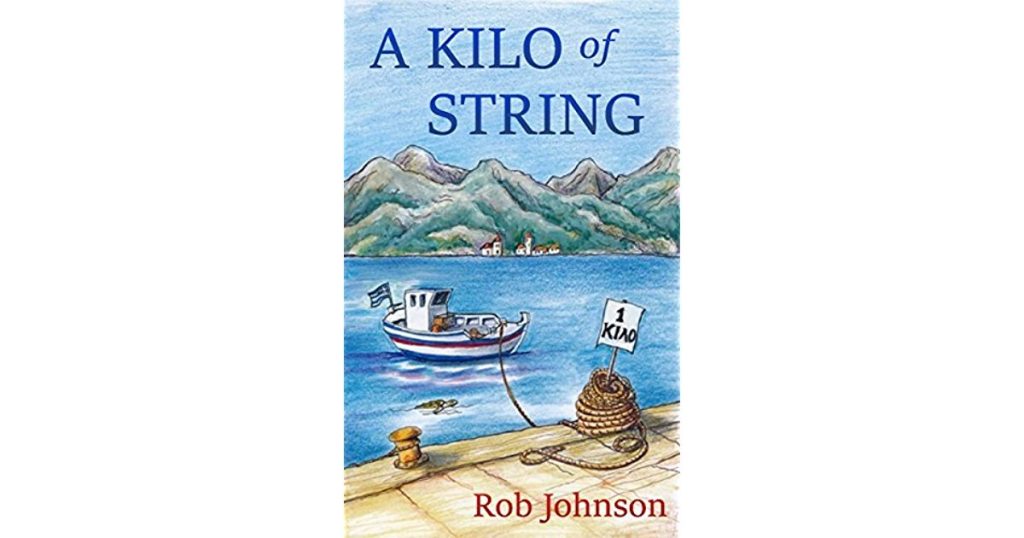 His latest book, ‘A Kilo of String’, is all about his and Penny’s experiences of living in Greece for the past fourteen years and is loosely based on his podcast series of the same name: https://rob-johnson.org.uk/podcasts/a-kilo-of-string/.

Has Greece changed your life? What was the biggest challenge? Read article and see poll results: “Visiting Greece can change your life,” says expat after 25 years on a Greek island

If you want to submit your own experience from visiting or permanently living in Greece, send your story at:

Some 500 words would do fine. Shorter or longer make no difference. KTG will only have problems if a text is above 800-1000 words. It i sup to you to decide whether the experience is published with your real name or nickname – just mention this on your e-mail.