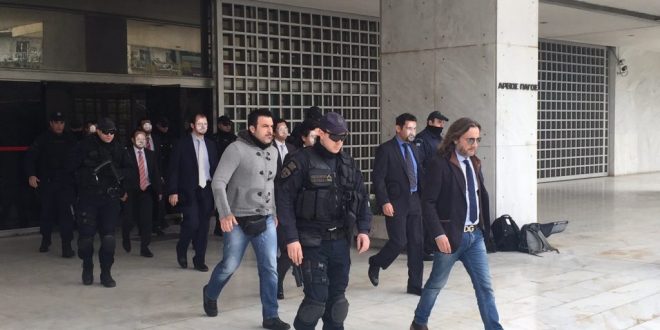 May 16, 2018 Turkey-GR Comments Off on Turkish servicemen want asylum and travel documents to leave Greece 253 Views

The eight Turkish servicemen who fled to Greece after the failed coup in summer 2016, want asylum and travel documents so they can leave the country and move to a country of their choice, their lawyers said on Wednesday.

In a press conference, the lawyers said it was a necessity for their clients to be granted asylum as well as to receive travel documents so they can legally travel abroad to a country of their choice according to the international rules of law.

The lawyers added that when the Turkish servicemen will leave this will relieve the pressure of the Turkish government that repeatedly demand their extradition.

Their clients will be soon released from custody as the detention limit of 18 months expires soon, the lawyers said.

One serviceman was released last month after asylum was confirmed at several justice instances.