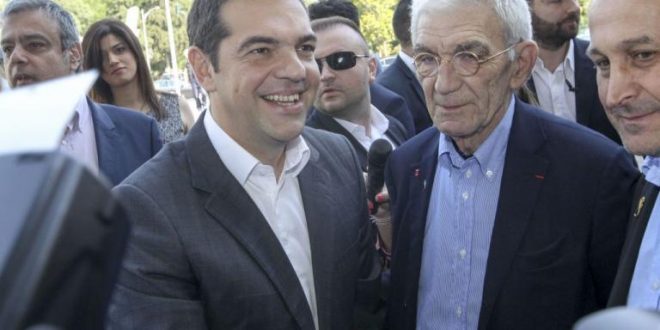 PM Tsipras admits he has been governing following creditors’ instructions

Greek Prime Minister, Alexis Tsipras, admitted that he has been governing in the last three years following creditors instructions. He hopes in the last year before the parliamentary elections in October 2019, to finally manage to implement his own program and plan.

Speaking to reporters during a meeting with mayor of Thessaloniki, Yiannis Boutaris, Tsipras confirmed earlier reports that the parliamentary elections will be held in October 2019.

He clarified that “the project will not be in the context of agreements with partners and strict discipline and supervision, but it will be based on our own decisions.”

“I would be a fool to not to want to experience this, and to not want to be the prime minister of a country  that will decide on its own and not under strict supervision.”

Tsipras visited Boutaris to express his support to the mayor who became assault victim of a far-right group on Saturday.

“What does not kill you makes you stronger, ” Tsipras told Boutaris and reiterated that that the attack was organized.

On his part, Boutaris asked the prime minister to discuss with Digital Policy Minister, Nikos Pappas, if there is a possibility to stop discussion threads on Facebook that encourage the organization of attacks,” amna notes.