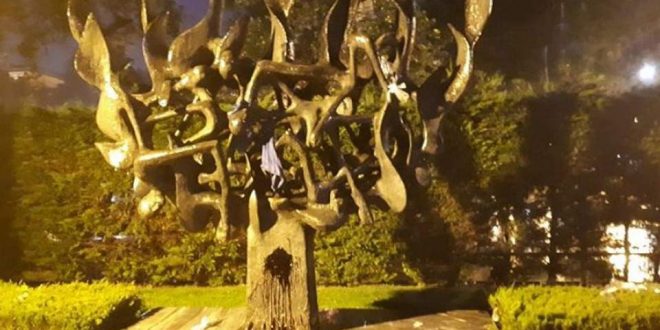 For one more time, vandals desecrated the Holocaust Memorial at Eleftherias square in Thessaloniki, Northern Greece. They threw paint and destroyed an Israeli flag on Wednesday evening. The vandalism is allegedly attributed to people who left a protest against the Macedonia deal between Greece and FYROM and was taking place nearby.

Last February, the Memorial was against target of vandals. Also on that day, a protest against the Macedonia name issue was taking place. 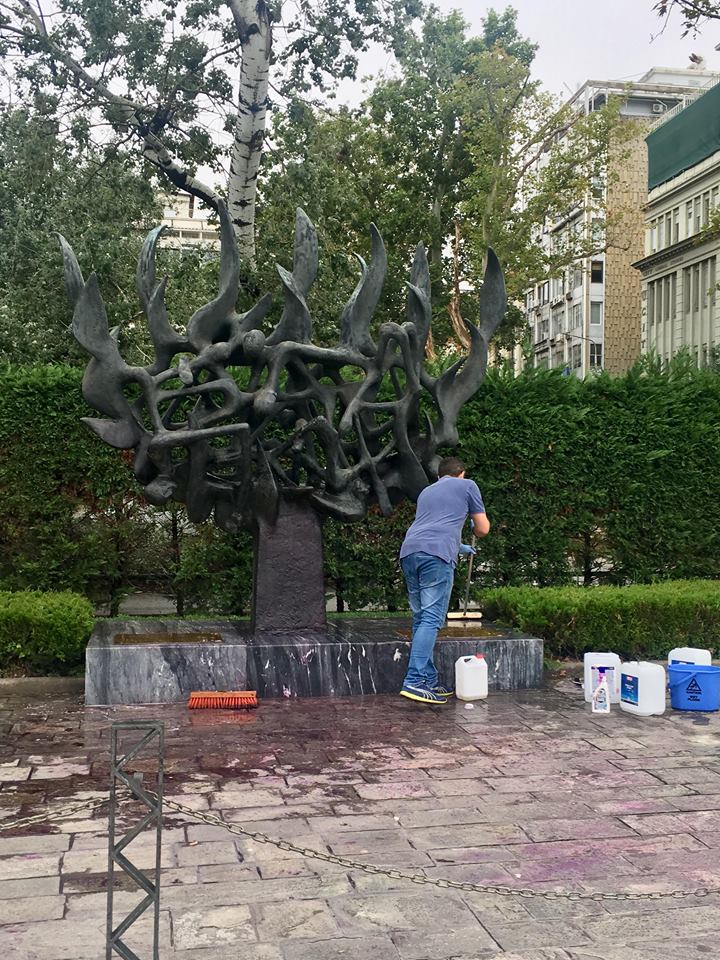 According to local media, restoration works were launched on Thursday morning.