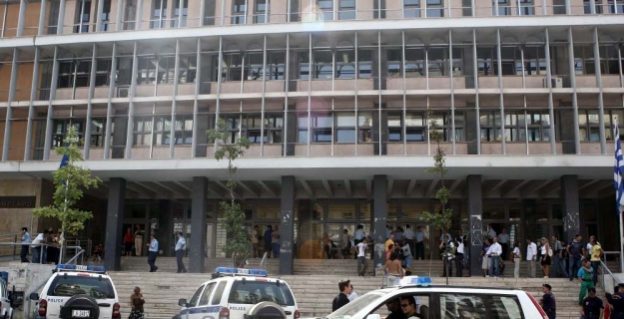 Thessaloniki lawyers on strike over police brutality against colleague

July 8, 2018 Very Mix Comments Off on Thessaloniki lawyers on strike over police brutality against colleague 296 Views

Lawyers in Thessaloniki will abstain from their duties in the city’s courts on Monday, July 9th 2018, to protest an assault incident by a policeman against one of their colleagues. The incident took place on June 29. A policeman reportedly grabbed a female lawyer from the arm and dragged her outside the courtroom.

The lawyer was attending a trial of another colleague, who is also her husband.

The Thessaloniki Bar Association reportedly filed a lawsuit against the police officer on the same day.

In a statement calling for the strike, the Bar Association spoke of “unprovoked attack and heavy-handed conduct.”