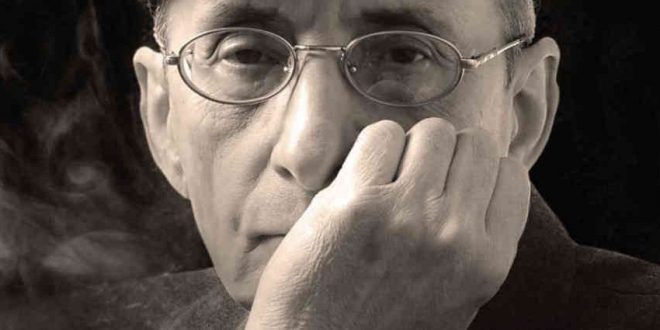 Greek Greek poet and songwriter Manos Elefteriou passed away at the age of 80 in early Sunday morning. The famous and successful yet very modest poet was one of the few important intellectual personalities of contemporary Greece still alive.

He wrote several poetry collections, a few novels and short stories and lyrics for more than 400 songs.

Manos Eleftheriou was born on 12. March 1938 in Ermoupolis, Syros. His father was a sailor. His family moved to Athens when he was at the age of 14.

He took acting lessons and started to write at the age of 20 when he was doing his military service.

At the age of 22, he still in military service he writes the poem “To traino feygei stis 8” (The train leaves at Eight) for which Theodorakis later composed the music.

In 2005 he was awarded with the National Literature Award for his novel “O kairos ton chrysanthemon” – The time of chrysanthemums -.

In 2013 the Academy of Athens awarded Elefteriou for the whole of his life work.

One of my favorites Eleftheriou’s songs. “Do not Knock”

on a close home

where nobody listens
Now you’re looking for love
and for it you go sleepless at night
and you still insist.
There are no times roads
are returning again
for the same joys.

Never knock on a closed door
a door lost for you.
This road, though narrow,
it is not the final one.

Manos Eleftheriou was victim of censorship during the colonels’ junta. In 1971 he wrote one of his best poems “Malamatenia Logia” (Gilded Words) with reference to the dictatorship but also the execution of left-wing patriots by the Nazis during WWII.

“How did it happen with this century

How did life turned upside down

How did fate and the years managed

to not listen to any poet?”

Even if the poet is silent, his lyrics are eternal, also in this century, given the circumstances of the last eight years.

“I live on a descent pension of 600 euros,” he said in an interview in autumn last year. “I can’t complain. Some people live on 250 euros.”

Manos Eleftheriou was recently hospitalized for a health issue.

He passed away on Sunday morning due to a heart arrest.