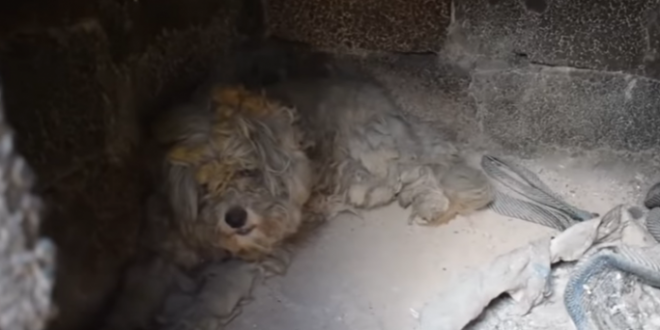 Burned and wounded, scared and hungry… a living creature with all signs of torment and suffering in the Athens wildfires. A matted dog who managed to survive after he sought refugee from the sweeping flames in a burned-out furnace in a forest in the area of Mati.

The animal was spotted by volunteers three days after the lethal fires that caused the death of dozens of people and hundreds of animals.

It took volunteers 2.5 hours to convince the dog that the nightmare was over.

He thanked his rescuers with the gesture all dogs can best do: shaking the tail.

Animal volunteer Artemis Kyriakopoulou who took part in the rescue and shot the video writes on July 26th:

“We found this creature in a burned out furnace room. After 2.5 hours we managed to catch the dog and his brother who is in better condition and carry them together with Vets4Life to the clinic.” 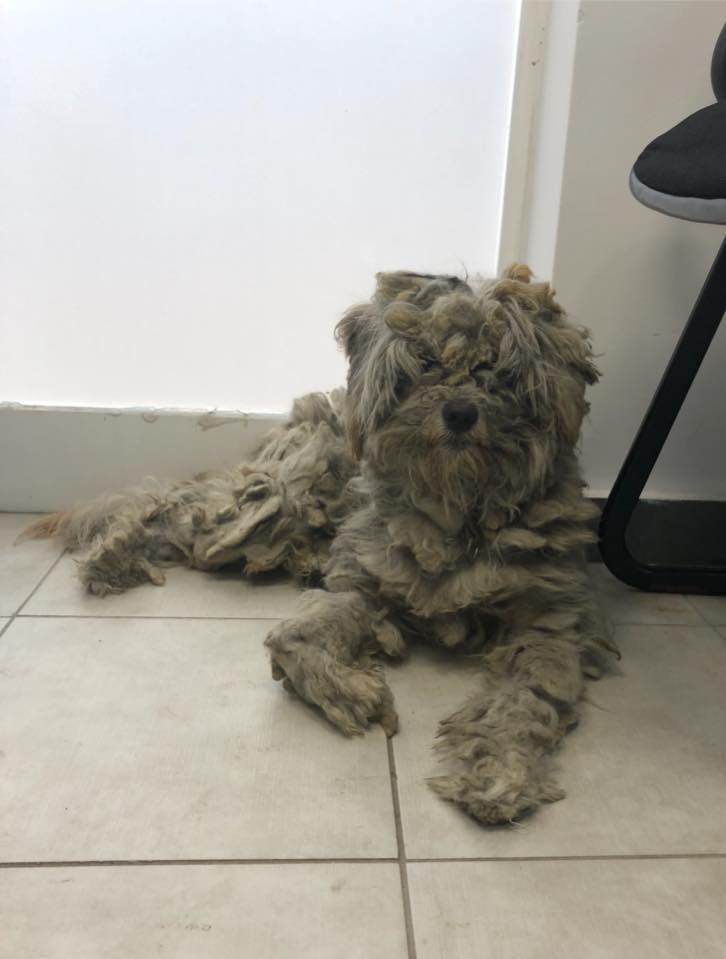 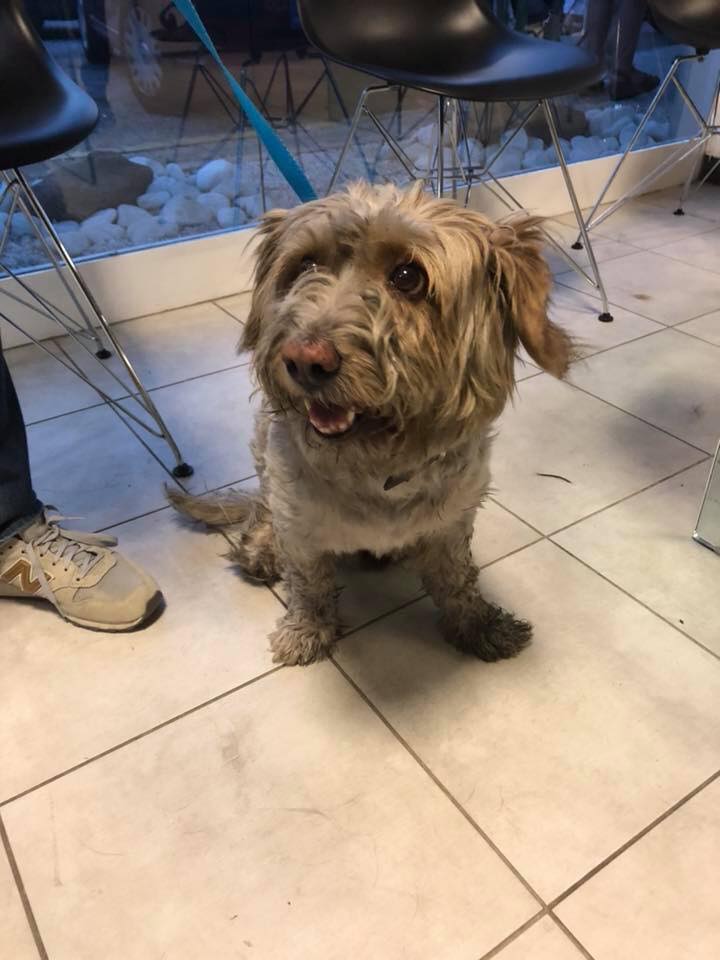 The ‘brother’ was patiently waiting for his owners at the entrance of the house…., Kyriakopoulou writes.

The matted dog had apparently no owner.

After: Smiling towards a better life 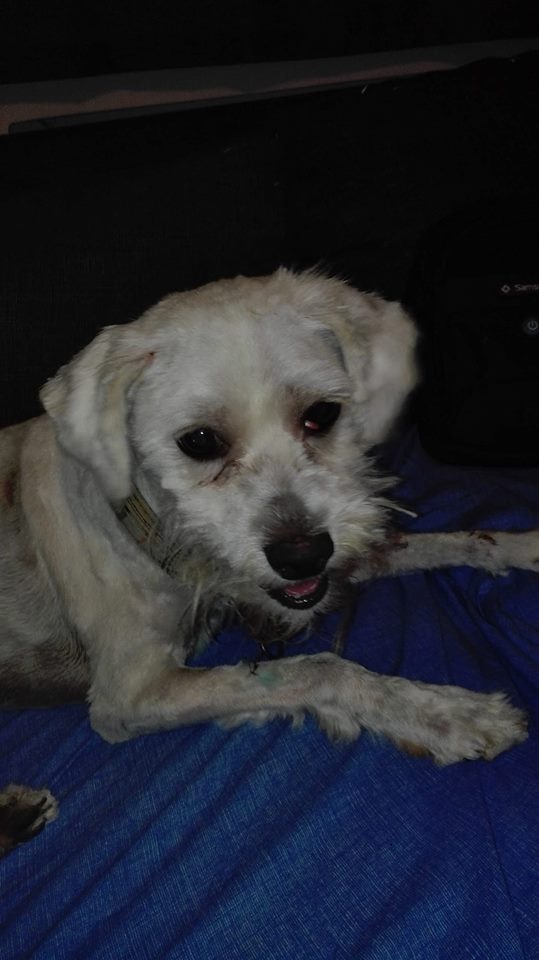 Both are currently in foster care, Kyriakopoulou wrote on July 30th, however, the brother‘s owners have not sought for him yet.

Hundreds of injured animals have been rescued in the areas hit by the wildfires of Monday, 23. July 2018, both in Mati, East Attica and in Kineta, West Attica.

A veterinarian from the Vets Volunteers Action said a week after the fires that more than 350 animals including wildlife have been found in both areas. 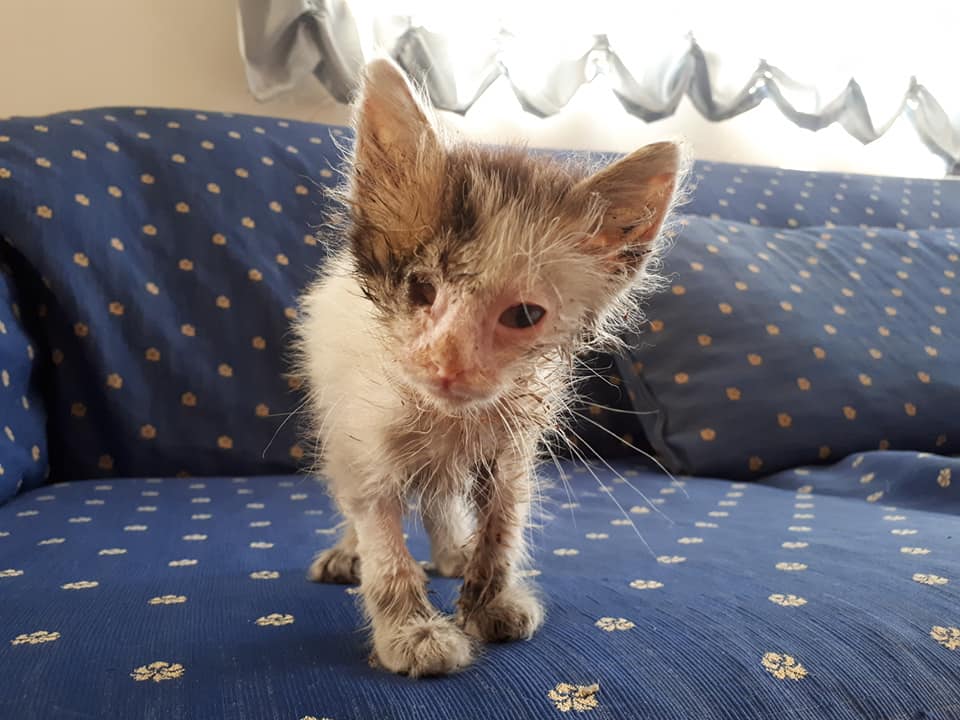 All these animals need treatment, foster care, and to reunite with their owners if they had one… if owners survived the fires. 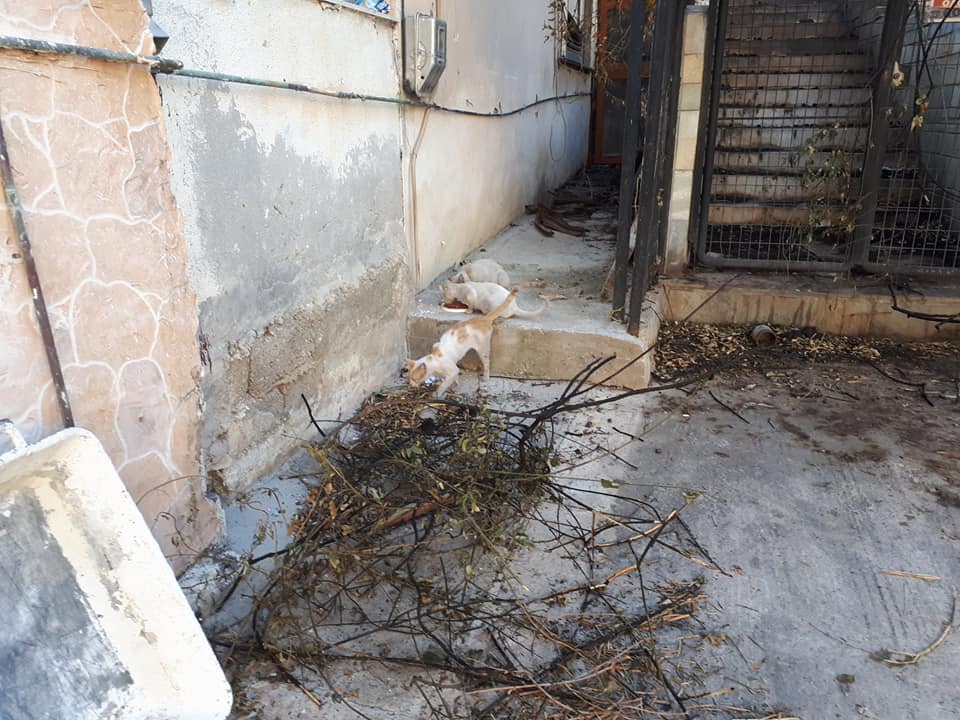 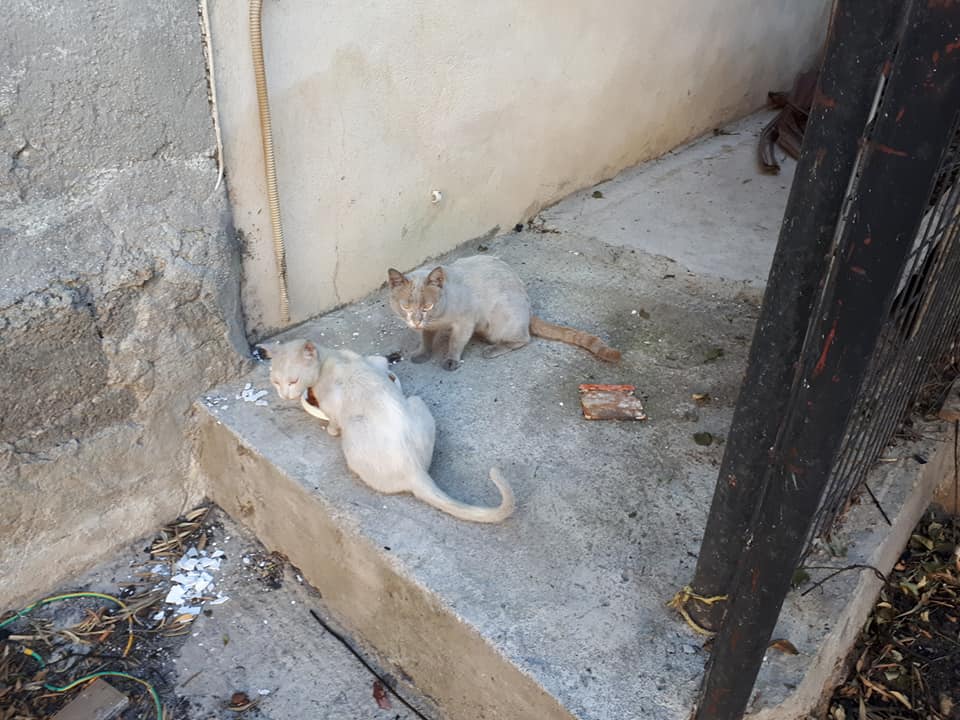 Volunteers put food and water to pigs and piglets 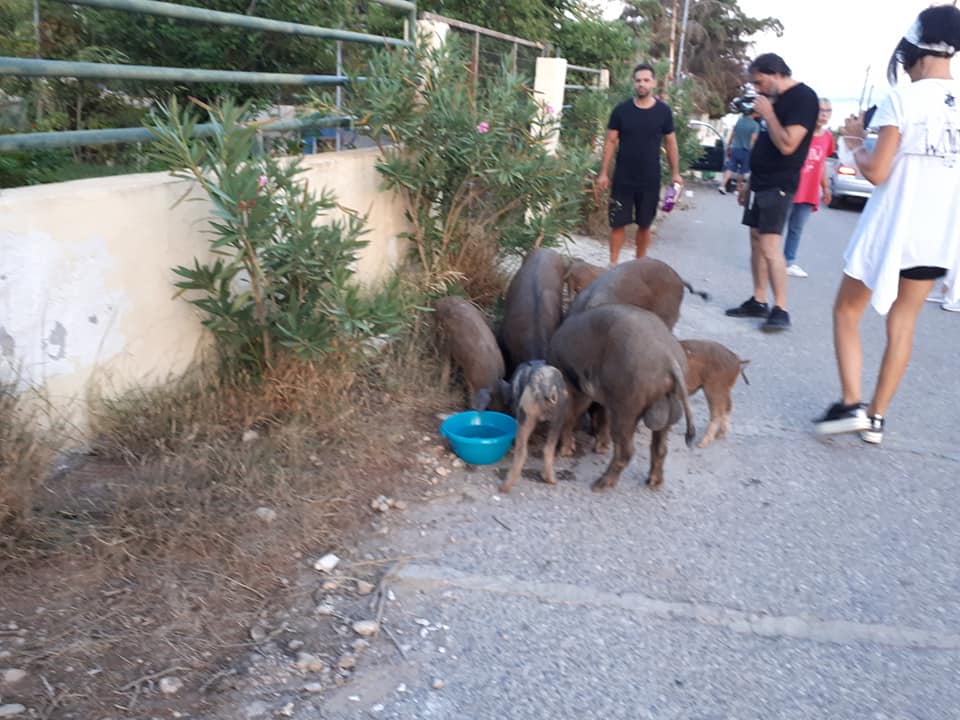 All these animals, whether pets or strays, have immense needs and there is not state help for them.

Everything is up to the animal loving volunteers.

If you can to help them, please, click here. No donation is too small or big.

For missing and found pets you can click here a list set up by animal volunteers. The list is being continuously updated, there are currently more than 170 pets registered as Lost and Found. And some already reunited with owners.