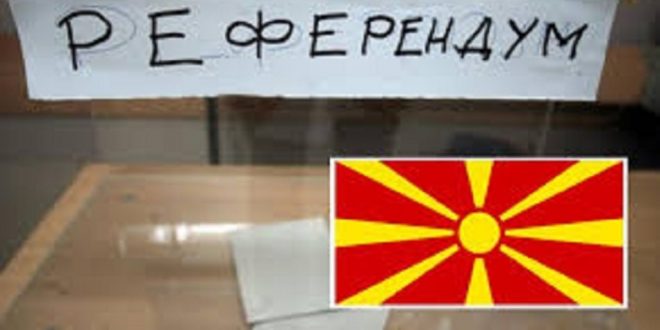 The majority of population in the Former Yugoslav Republic of Macedonia (FYROM) supports Macedonia agreement with Greece and intends to vote Yes in the relevant referendum on September 30, a poll revealed.

A new survey showed that FYROM’s population supports both the NATO and EU membership bids and the new name deal with Greece.

The question that voters in FYROM will be asked is, “Are you in favour of NATO and EU membership, and accepting the name agreement between the Republic of Macedonia and Greece?”

According to the survey, 41.5% of respondents intend to say yes in the referendum and 35.1% to vote against. However, a gap between the different communities in the countries was also pointed out.

The Albanian minority is overwhelmingly in favour, with 88%, whereas among the Macedonians only 27.4% would opt for the Prespa solution, while 45.2% would reject it, notes euractiv.

Most of those polled (66.4%) will come out and cast their votes during the September referendum, while 19.8% are set to join the initiatives for boycotting the vote.

The poll also showed that only about 20% of respondents are completely familiar with the text in the name deal between the two countries.

Athens and Skopje signed the Macedonia agreement on June 17 2018 resolving at least at political level the row over the name that has been souring  the two neighboring countries since the early 1990’s.

The campaign for the referendum on the name in FYROM has officially started on Monday.
According to ibna, the government and majority MPs are expected to be involved in the campaign in support of the “yes” vote. The largest opposition party, VMRO-DPMNE has not yet made it clear if it will support the referendum or call on voters to boycott it.

SDSM led by PM Zoran Zaev has urged voters to participate in the referendum and vote in favour of the country’s new name.

“By voting in favour, the citizens of this country will vote in favour of the European future of the country”, SDSM said.

On the other hand, a movement which has expanded in social networks has launched a campaign with the slogan “Boycott”. Yesterday, this movement was also joined by 30 associations led by the pro Russian party, “One Macedonia”, calling for voters to boycott the referendum.