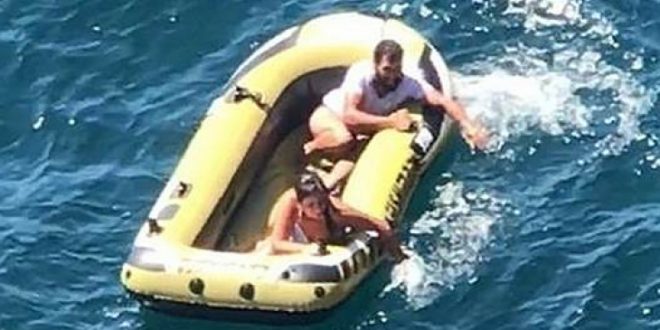 A Russian couple got on a inflatable dinghy and left the port of Novorossiysk  for a short round of fishing in the Black Sea. Strong winds blew. drifted them the shore and got them into an unbelievable adventure.

For five days, Nadezhda Achapkina, 35, and her husband Mikhail Alaverdyan, were sailing without food or water, suffering sunburns and agony.

But just when they thought, help will never arrive … a Greek deus ex machina appeared. Captain Christos Konstantinidis and a sailor were at the outside deck of  oil tanker Kriti Rock – Cretan Rock – and saw the couple on the dinghy.

A Russian couple were marooned in stormy seas for five days in a tiny inflatable boat before they were rescued by chance when a tanker spotted them.

After their ordeal, passing Greek-registered 28,077-ton oil tanker Kriti Rock spotted them, and the captain was named Christos Konstantinidis.

‘The sea was like a lake, no waves at all. We thought we would fish for half an hour and return,’ Ms Achapkina said.

Their only provisions were a pack of sunflower seeds, a popular Russian snack.

‘We weren’t far from the shore, we could see people’s faces. Misha (Mikhail) put out a line out a couple of times and the wind started blowing.

‘It blew us away from the shore and was gradually getting stronger.’

They rowed frantically but made little progress towards the shore, and lost one of their paddles while waving their shorts in the air for help.

‘We almost didn’t talk to each other because there was nothing to say. We were simply waiting for luck,’ she said of their first night at sea.

It was so chilly, we were waiting for the morning so that the sun would warm us but instead we got badly sunburned.’ 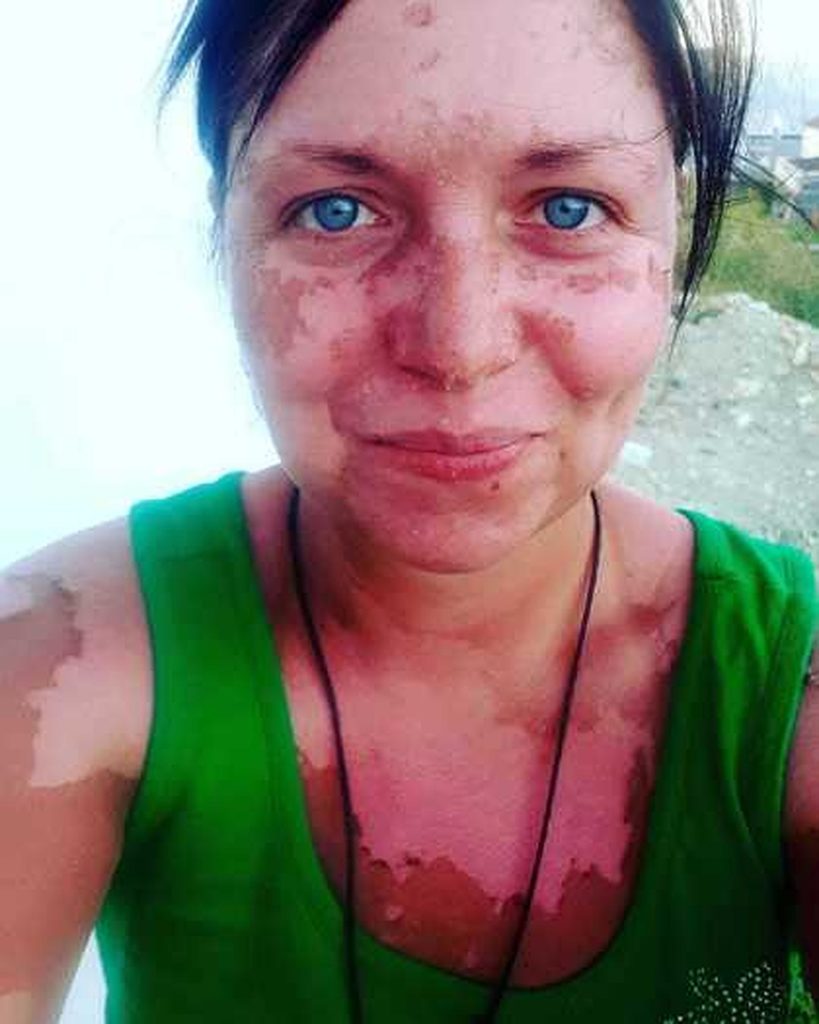 The couple were thrown along the Black Sea coast for several days. Vessels must have seen them but ignored them waving shorts by day and a torch at night.

‘One tanker even fired a flare towards us but 30 minutes later it left for some reason.’

For three days they were hit by storms and the inflatable capsized.

‘The strongest was on the third day, the waves were several metres high,’ she said.

The captain and the crew of Kriti Rock spotted the dinghy with the couple, a rescue operation was immediately launched. 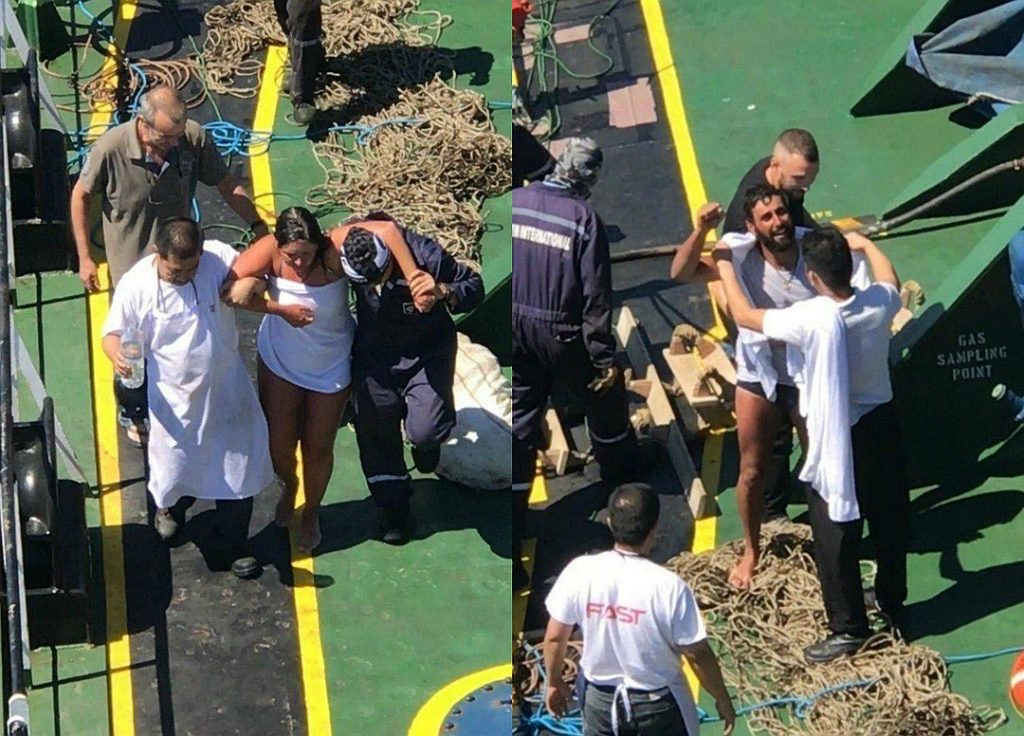 It was around noon on august 12th, when Nadezhda and Mikhailwere brought to safety. They received first aid, food, water and clothes.

They immediately contacted their relatives back home.

They enjoyed the Greek hospitality of the tanker crew for three days and were brought back to Novorossiysk.

“It was a miracle,” Nadezhda told Russian media.